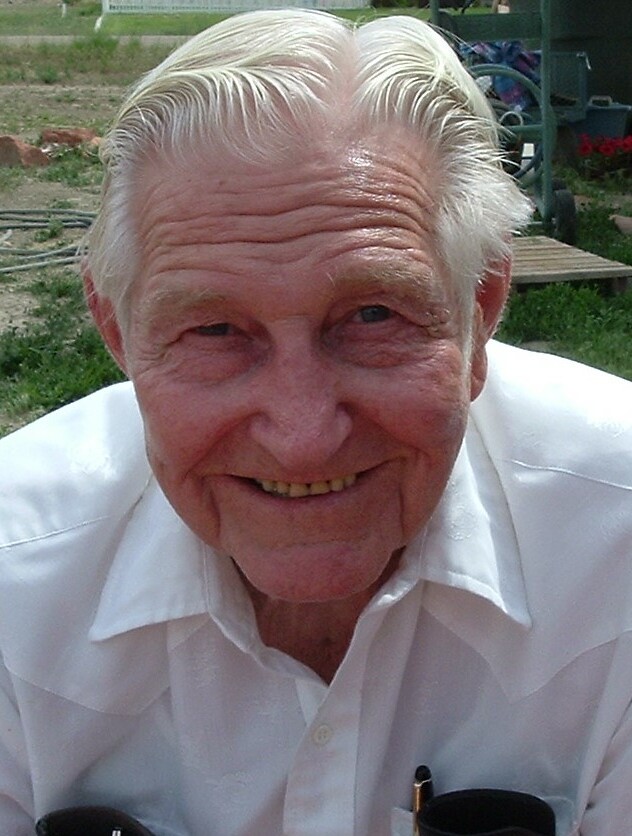 Leonard Joseph Pfaff of Golden, CO passed away in the comfort of his home two days prior to his 95th birthday on January 13th, 2023. He was surrounded by his children and left us in peace and without any suffering.

Leonard grew up on a small farm outside of Okeene, OK along with seven other siblings. He worked the family farm and various construction jobs prior to his enlistment to the United States Army where he served in the Korean Conflict with the 147th Division in 1950 and was honorably discharged as Corporal of the ERC in 1952. After his discharge, he completed his degree in business at Barnes University.  Following his graduation, he started his career with Continental Airlines in September 1953. After 25 years of diligent service he then retired in April of 1978.

Leonard met our mother, LaVerna in Denver, CO and the two were married in 1955 at Christ the King church in Evergreen, CO. After having four children they moved to the (then) small town of Evergreen to raise us all on 80 beautiful acres in the Rocky Mountains.

Out of 4 brothers and 3 Sisters, he leaves behind his youngest sister Antoinette who is our Dear Aunt Toni and his 4 children David, Dale, Cynthia, and Gregory among many nieces, nephews, Grand Children and Great Grand Children.

Our father was known for many things, however, we all agreed that it was his sense of Patience and care that stood out the most.  He cared lovingly for his wife, he cared deeply for his kids and grandkids.  He cared about his home and he showed great care for everything he did. He was a kind man and had a humble nature. He taught us all to show great care in every aspect of our lives. He instilled in all of us exceptional work ethics, had an infectious smile and was always good for mixing a stiff drink.

Leonard’s favorite hobbies included playing cribbage, rebuilding John Deer tractors, tinkering and fixing anything in need of repair or improvements, landscaping, supporting Volunteers of America and most recently, puzzling. He was never idle and always helping others.

We welcome those who loved him to join us for a small service to celebrate his life at Fort Logan (3698 S. Sheridan Blvd. Denver, CO 80236) where he and our mother, LaVerna will be laid to rest together.

In Lieu of Flowers, Leonard was always the first one in line to help anyone out with anything needed, with this in mind you can always perform a “Pay it Forward” act in his memory. The Stranger will always Remember it and so will your heart.

Share Your Memory of
Leonard
Upload Your Memory View All Memories
Be the first to upload a memory!
Share A Memory