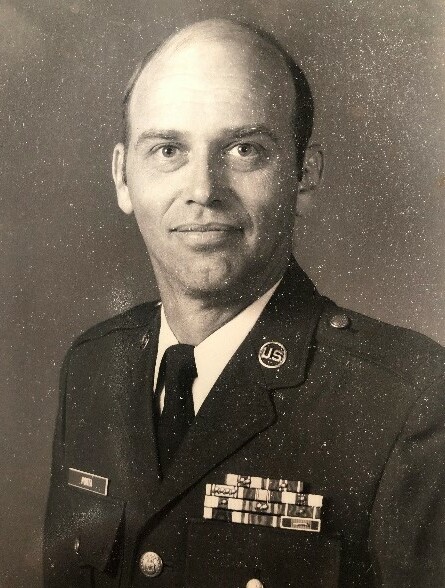 MSgt (Retired) Michael Porta, 71 of Denver, Colorado passed away on December 21, 2022 after his battle with Alzheimer’s and Dementia.

Mike was born on July 13, 1950 to Bernard and Dorothy (Jenkins) Porta in Altoona, Pennsylvania. After Mike graduated from Altoona high school in 1966, he intended to complete college but was drafted to the military. He served in the USAF from June 1971 until his retirement from active duty in August 1992.

After retirement, Mike worked as a Safety officer with Blackstone Roofing company and then returned to federal service at Anniston, Alabama to teach for the Army. His final position was that of chemical advisor at the White House military office in Washington, D.C.

For those who knew Mike, we knew him as an avid bowler, sports enthusiast and quite the jokester and story teller with a great sense of humor. He was a number one fan of the Pittsburgh Steelers and Notre Dame.

Mike met the love of his life, Mercy in the Philippines. They went to have 2 children, Tracy (husband Jason) and Shawn (wife Melissa).

Mike was predeceased by his parents and one sister, Carole Treese (husband John Treese). He is survived by his wife (Mercy), children (Tracy and Shawn) and sister (Nancy Shingler) in Texas. Mike is a proud grandfather to Brandon (wife Michaela), Jacob, Bryson, Michael, and Abby. He embraced his step grandchildren Max and Aubrey. He was also a great-grandfather to Rogan.

Services will be held at St. Michael the Archangel Catholic Church in Aurora, Colorado on January 26, 2023 at 10 am for the viewing then mass from 1030-1130. Reception to follow after the mass. Followed by the burial ceremony at Fort Logan National Cemetery at 2:30pm.

Share Your Memory of
Michael
Upload Your Memory View All Memories
Be the first to upload a memory!
Share A Memory