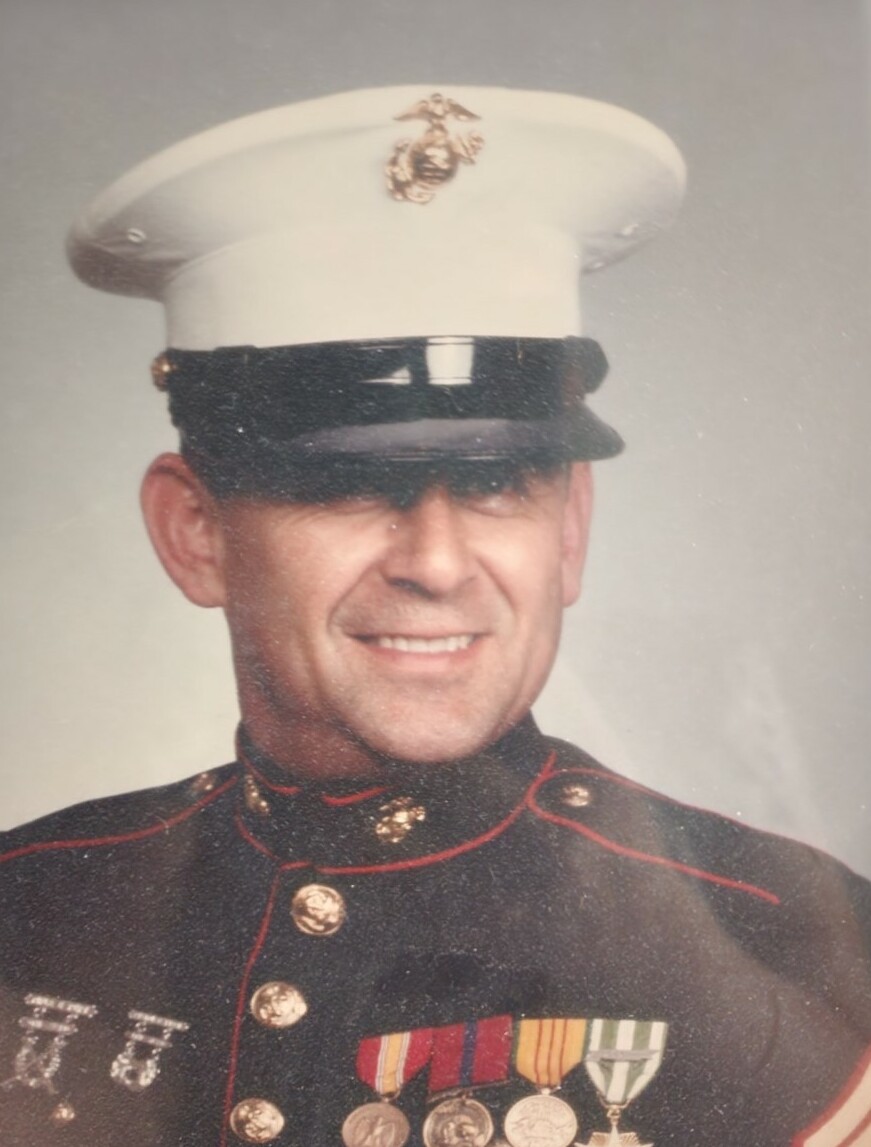 Ralph Orlando Rodriguez was born in Walsenburg Colorado on November 18, 1948, to Joseph and Lucy Rodriguez.  Ralph was raised in Leadville Colorado, and then moved to west Denver where he graduated from West High School in 1967.   While at West High School he participated in men’s gymnastics and football.  Upon graduating from high school Ralph volunteered to enlist in the U.S. Marine Corps.  In 1967, Ralph was sent to Vietnam where he served with the 1st Battalion 9th Marines of the 3rd Marine Division also known as “The Walking Dead” from 1968-1969.  His iconic Battalion endured the longest sustained combat of over 47 months and suffered the highest killed in action rate of 26% in Marine Corps history. Ralph had seen combat at the Battle of Khe Sanh, Tet Offensive, Dong Ha, Quang Tri, Dewey Canyon and participated in the rescue of the USS Mayaguez after Vietnam ultimately earning him a combat action ribbon with second award star. Ralph always credited his family for helping him survive and cope with his post-traumatic stress trauma.  During his 22-year career in the Marines Corps, Ralph took great pride in the time he served as a Drill Instructor on MCRD San Diego where he earned many drill records. He was very proud of his shooting ability, swimming skills, marathon, and boxing accomplishments.  It was through Boxing in the Marine Corps where Ralph earned the nickname “Chico” as a welterweight boxing champion which means “Little Man.”  Ralph retired from the Marine Corps in 1989 at the rank of Master Sergeant and returned with his family to his hometown of Denver Colorado. After his Marine Corps career Ralph held many positions, such as managing the VFW on West Colfax, he managed the File Vault company, worked for ADT Security, and finally retired from the Denver VA Hospital. Ralph will always be remembered for the great love and pride he had of his family, his pride in his family’s tradition of military service, his sense of humor, his laughter, and his devotion and love for Jesus Christ.

Ralph is survived by his wife Eileen of 43 years, his sister Mona, his eight children, thirteen grandchildren, and six great grandchildren. May we find great comfort in knowing that Ralph is in the arms of Jesus and that heaven’s streets are now guarded by one the very best Marines.  Semper Fidelis!!

Because Ralph so loved the poem “Footprints in the Sand.” Deuteronomy 1:31 “There you saw how the Lord your God carried you, as a father carries his son, all the way you went until you reached this place.”

The memorial services will be held at Fort Logan National Cemetery, on December 20, 2022, at 11:30 a.m. at Pavilion B.  Please line up and stage on Wyoming Street prior to the service time.  Parking will be limited, and service times will be strictly enforced. There will be a reception at the VFW Post 9664 shortly after the service.

A memorial fund has been created, and any additional proceeds may be donated to Ralph’s favorite charity “Navy Marine Corps Relief Society” This fund directly supports Marines and Sailors who have family and financial emergencies.

Share Your Memory of
Ralph
Upload Your Memory View All Memories
Be the first to upload a memory!
Share A Memory