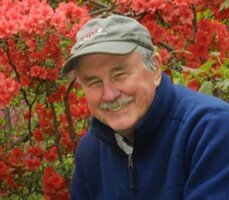 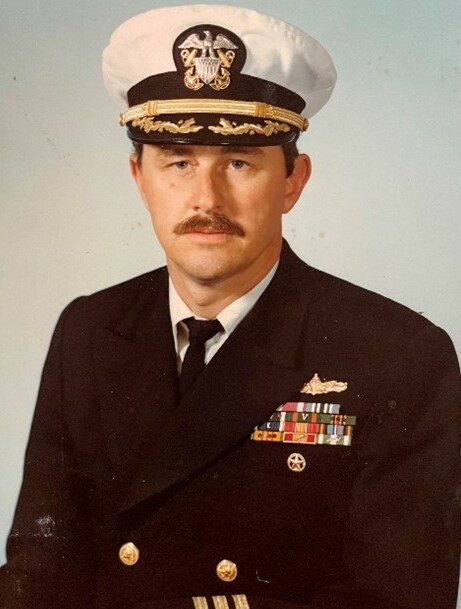 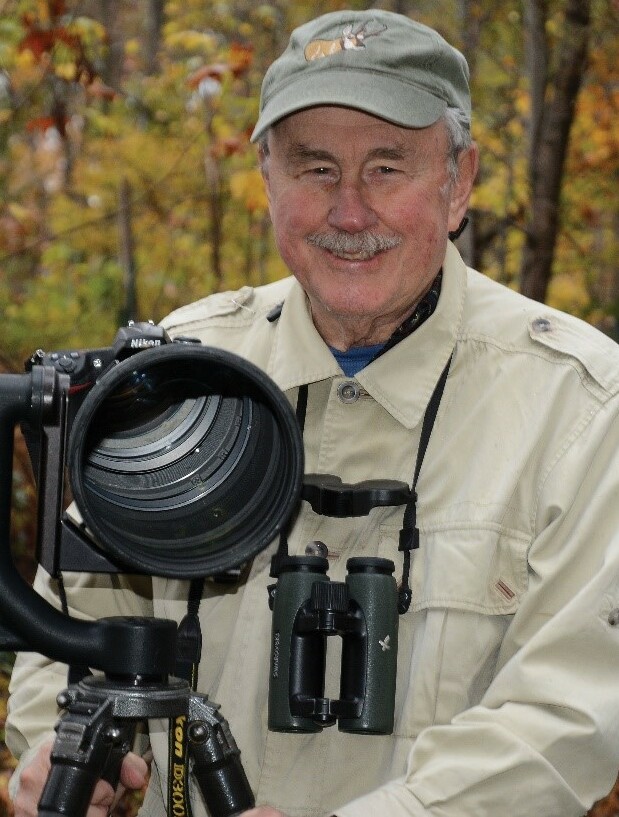 CAPT Robert Evans Mumford Jr., 87 passed away 5 November 2022 in Lakewood, CO, but sadly, not in his beloved home in the woods of Darnestown, Maryland.

Bob was born to Margaret and Robert Mumford Sr. on March 11, 1935.  Bob spent his childhood in Westfield, New Jersey.  The family had a summer cabin in the woods of Hunterdon County where Bob’s father sparked in him a passion for the natural world.  He graduated from Westfield High School at which he ran cross country and basketball.

He received a Bachelor’s Degree in history at the University of Rochester and was a member of the Alpha Delta Phi fraternity.  Bob met Sandra Zacher while at the U of R, and they eloped in Mumford, New York on Valentine’s Day.  He was stationed in Norfolk, VA from 1957-59, where the young couple had their first child, James.  While stationed at the NROTC unit to teach Naval Engineering at the University of Colorado, Boulder, Bob continued his education receiving a Master’s Degree in Political Science.  Also in Colorado, he and Sandy had their second child, Monica.

Bob had three careers: Naval Officer, Organizational Consultant, Nature Photographer.  His first provided the structure and discipline that helped guide him for 24 years from 1957-1981 and beyond.  He served on four ships culminating in his proudest stint as commanding officer of the USS Fresno.  He had five deployments to Vietnam including scouting missions up the Mekong River during the war.  One of his last assignments was teaching Leadership to Naval Officers, which led to his second career.

Bob was an avid birdwatcher and had a lifelong love of nature.  He never met a critter of any kind that he didn’t think about taking home…and often did.  His North American bird life list was well over 600 with many more international birds as well.  This love of the natural world led to his third career as a nature photographer.  He received his first camera at the age of 9.  He travelled the world to capture images of lions in Kenya, cheetahs in Tanzania, polar bears in Churchill, puffins in Iceland, tanagers in Ecuador…well…you get the idea.  He self-published Springtime Comes to Washington and Exquisite Birds of Ecuador, and his photos appeared in a variety of calendars and magazines such as the Washington National Zoo annual calendar, Wild Bird Magazine and the New York Times.  One of his images was a winner in the prestigious National Wildlife’s annual international competition.

Bob and Sandy divorced amicably in 1981, and Bob went on to a succession of serious relationships and some infamous dates.

Bob loved telling stories – the raunchier the better – and making people laugh.  He was a self-taught pianist and excelled at making up lewd lyrics to popular songs.  He was renowned for his lack of patience, not holding back his opinion and his creative use of four-letter words.  Bob was a die-hard football fan (the Washington Commanders formerly known as the Redskins) and a lover of all things chocolate.  He enjoyed talking politics, reading nonfiction, fishing and looking at boobs.  He earned the nickname “El Cheapo” from his family due to his fondness for frugality.  He will be remembered for his mischievous smile, sparkling blue eyes and inappropriate sense of humor.

Bob leaves behind his children, James Mumford and Monica Mumford (Scott Froehlich); grandchildren, Theodore Mumford and Alexandra Mumford; sisters Marilyn Mumford, Nancy Mulvey and Shirley Ferguson and brother Richard Mumford; as well as nieces, nephews and cousins.  He will be greatly missed by the many friends he made throughout his life.

May he forever have fair winds and following seas.

Bob has been cremated and his ashes will provide enrichment for trees in San Diego, CA, Lakewood, CO and Darnestown, MD.  A virtual memorial will be held on 14 January 2023 during which everyone is invited to celebrate Bob’s life in their own way telling a “Bob story” of their choosing.  The family asks that you consider donations to the American Bird Conservancy, the National Audubon Society, or the Nature Conservancy or contact Monica Mumford for a list of his other favorite charities.