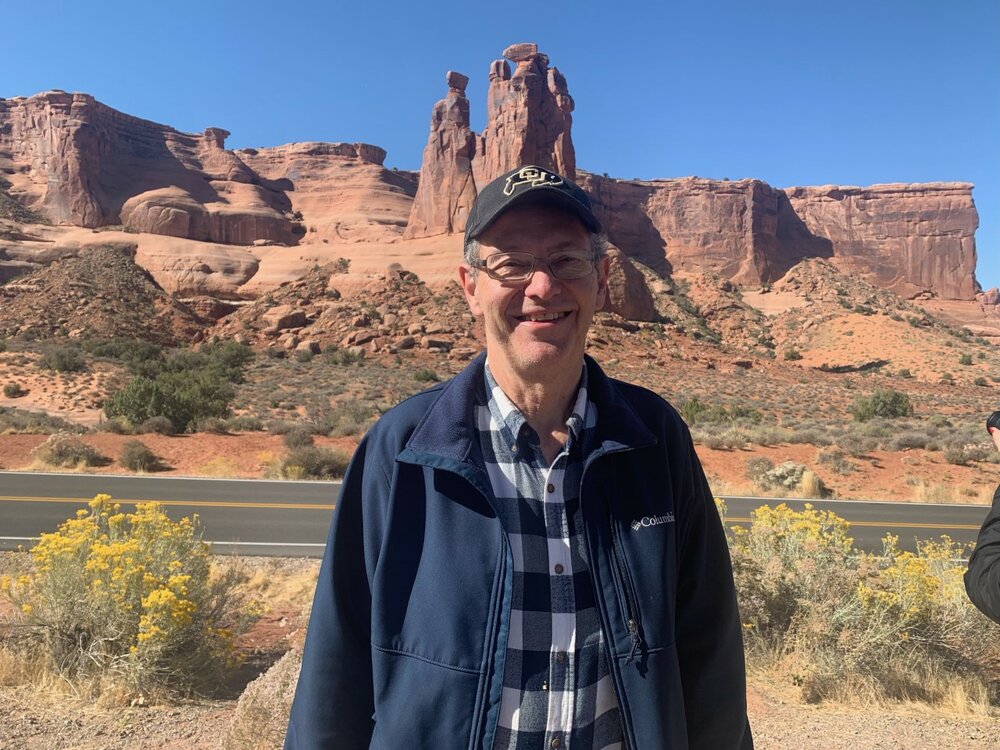 Keith Allan Hass was born at St. Joseph’s Hospital in Denver, Colorado on October 19th, 1949. Growing up he create a passion for fishing, skiing, basketball, football and his love of Christ. He spent time camping at his family's favorite spot at Brush Creek near Eagle, CO. He enjoyed riding horses at his grandpa Larew’s house and road biking as well in his youth.

Keith graduated from Arvada High School in Arvada, Colorado class of 1968. He played basketball and football. He was also active in his church youth group. After high school he attended Metro State University in Denver, Colorado. He graduated with a degree in Criminal Justice.

During college he started working at Sears Robuck & Co at the Aurora Mall in loss prevention. Eventually he went to full time and worked at the Sears at the Westland Center in Lakewood, Colorado. He had many good stories about catching shop lifters that were very entertaining. Keith worked at Sears for over 20 years. After looking for other jobs he landed a position at Qwest Communications. His boss said he was looking for someone with an FBI or police background but loved his personally and honesty over the other interviewees. He worked as a Regional Security Manager for Qwest/ Century Link for 20 years. He had many good stories about protecting the property and buildings for the company. Many of them included stories about unruly people in Portland, Oregon. He retired from Century Link in October of 2019.

He got married to Nancy Perington in the blizzard of March of 1983 at First Plymouth Church in Cherry Hills Village, Colorado. They met as volunteers at Youth for Christ. He was very involved in YFC as he took many intercity kids skiing and other outdoor activities. The couple initially lived off of 8th Avenue in Golden, Colorado. They had a girl, Britany in 1986 and boy Garrett in 1987. They moved to a home near Garrison and Jewell in Lakewood, Colorado in 1992. Keith spent a lot of time with his kids teaching them how to ski, fly fish, other sports and a love for Christ.

As an adult he enjoyed fishing, skiing, wood working, and being active in his church. He was a part of the Bear Valley Church Men’s group for over 30 years. He made many lifelong friends in the BVC men’s group as they got together every Friday morning at the Ranch Restaurant for breakfast. He went mountain biking or fly fishing near every day in his retirement. He loved to tie his own flies for fly fishing. His favorite spot to fly fish was state bridge near Bond, Colorado. Keith’s two favorite fly-fishing buddies were Doug Kolb and Dana. His favorite mountain biking spot was Waterton Canyon near Littleton, Colorado.

Keith started to feel a bit usual in July of 2022. He was diagnosed with stage IV kidney cancer in October of 2022. Keith passed away on November 20th 2022 after a long and happy life. He passed away at his daughter’s home with his family. He is survived by his brother Gary Hass, his sister Kathy Hass, his daughter Britany Ramos, his son Garrett Hass, and his lovely granddaughter Ava Ramos.

The Memorial service will take place on Saturday November 26th at 10:30am at Belmar Church, 460 South Kipling Street, Lakewood, Colorado 80228. In lieu of flowers Keith has asked to donate to the Kidney Cancer Association, (www.kidneycancer.org).

Share Your Memory of
Keith
Upload Your Memory View All Memories
Be the first to upload a memory!
Share A Memory