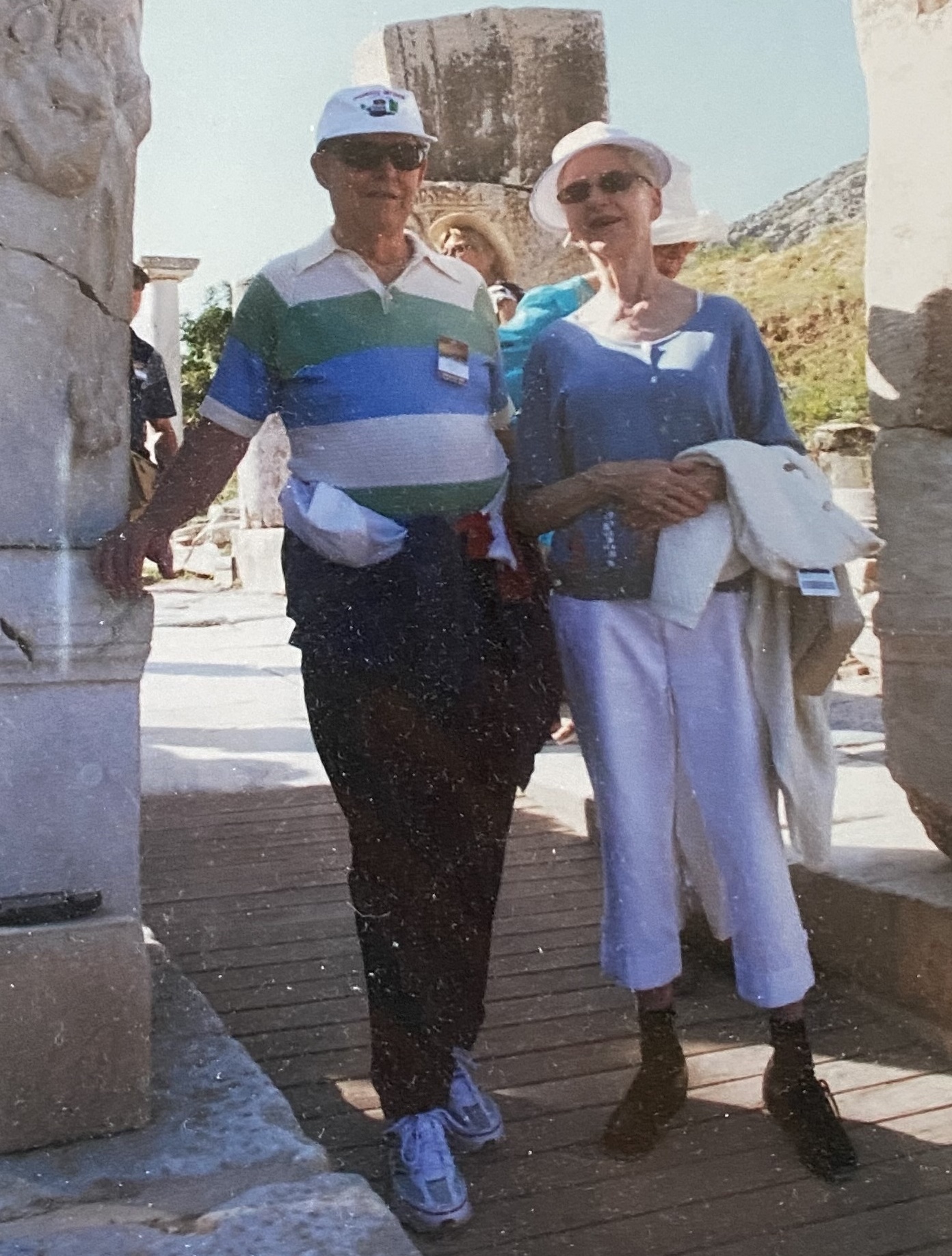 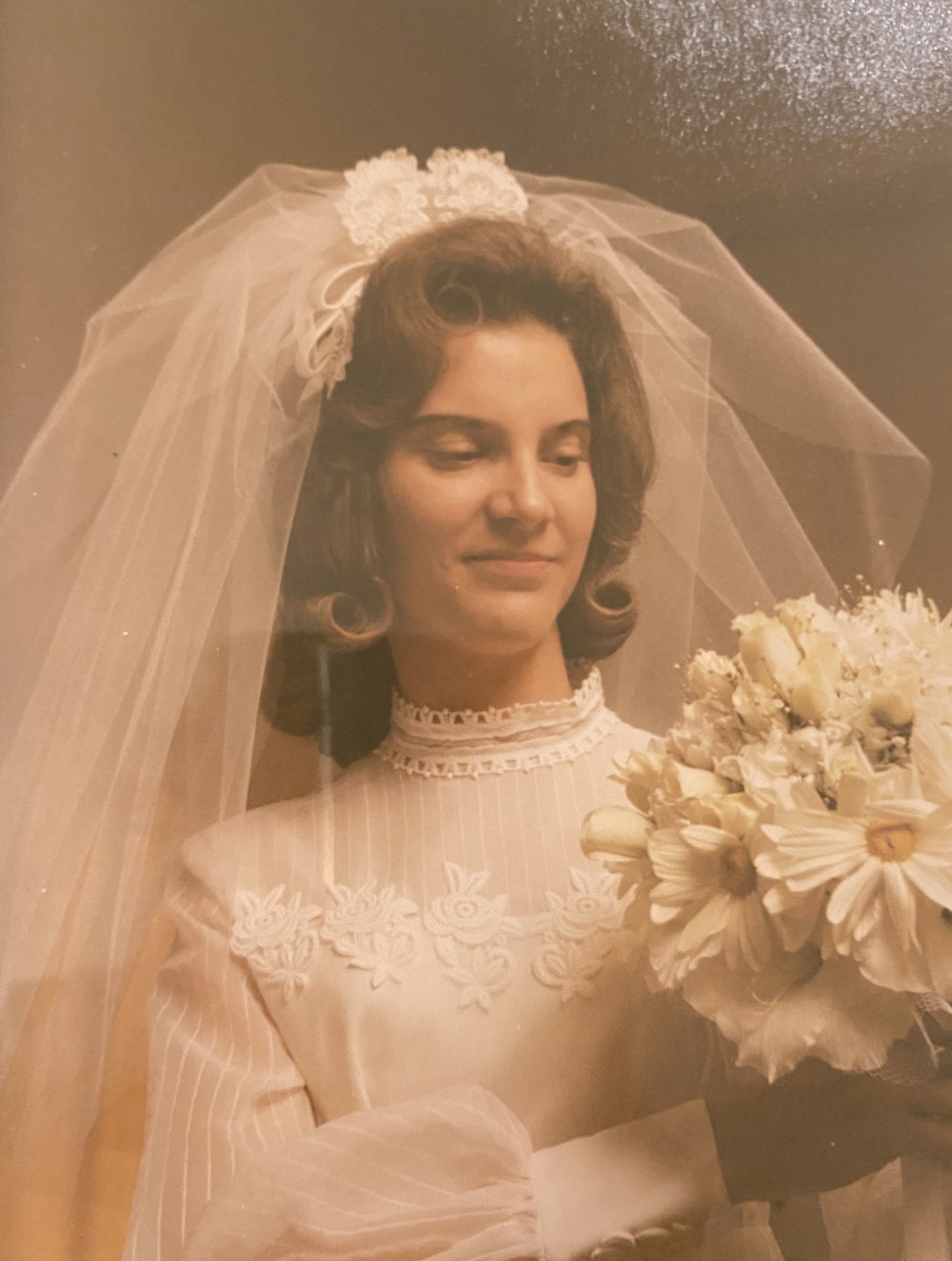 For Beth Lord, faith, service to others, and a love of music were the foundations of her life.  A schoolteacher and dedicated volunteer, Beth passed away on Sunday, November 13, 2022, at the age of 80.  Born premature on March 4, 1942, at 5:15 p.m. at the hospital in Chillicothe, Missouri, she was a mere 3 lbs. and 4 ounces.  Throughout her life she retained her small figure but had a big impact on the world around her.  Described by her parents as child with a vivid imagination at a young age, she loved to play with others.  Perhaps indicative of what would become a love of the beverage later in life, her first question in life was, “are you drinking your coffee?”

Beth’s family moved to Kansas City where she attended Thacher Elementary, followed by Northeast Junior and Senior High School.  Growing up, Beth took care of her first pet, a French bulldog named Nitzie.  Beth was a devout Christian, and she made a public expression of her faith and was baptized at the age of 8.  In high school she was part of the Literary Society, the Latin Club, a choir called the Harmony Class, and, foreshadowing her future career, the secretary of her school’s branch of Future Teachers of America.

Beth graduated high school in 1960 and moved to Springfield, Missouri, where she attended a religious institution, Drury University (then Drury College).  In addition to participating in the college choir and an athletic booster organization called the Drury Independent Student Association, Beth was a devoted member of Sigma Alpha Iota, a sorority dedicated to providing musical events for the school.  In addition to singing, Beth played the French horn and piano and was the star of a recital in the Spring of 1963 that featured the works of various classical composers.  As part of her sorority work, Beth led workshop discussion groups and rose to the office of President of her local chapter.  In 1964, following her chapter’s nomination, Beth won Sigma Alpha Iota’s National Leadership Award.

In May of 1964, Beth graduated from Drury with a bachelor’s degree in Music Education with a focus in instrumentals and vocals.  She was licensed to teach K-12 music education in both Missouri and Colorado, moving to the latter following her graduation.  That fall she began working as a music teacher at Benjamin Franklin Elementary, in a suburb of Denver that would later become Centennial, Colorado.  She would eventually make her home there for the rest of her life.  With a starting salary of just under $5,000, Beth threw herself into her work as a teacher.  Her evaluations referenced her meticulous planning and organization, and she ran for the Board of Directors in her union, the Littleton Education Association.  While working full-time she simultaneously attended Colorado College in Greely, where she earned her master’s degree in Music Education in 1969.  She wrote her master’s thesis on a melodic comparison of different movements in the works of Hungarian composer Franz Liszt.  During this time, she also revived her earlier love of square dancing, taking a class in the topic at a local academy.

On February 7, 1971, at a church Valentine’s Dance, she met the love of her life, Herbert Richard Lord.  After a whirlwind romance lasting less than two months and just a handful of dates, Herb asked Beth to marry him on March 28, 1971.  Beth’s parents traveled from Missouri to Colorado, where Herb asked her father for permission to marry her. On June 18, 1971, they were married at the First Baptist Church of Littleton, Colorado.

Herb and Beth honeymooned in Bremerton, Washington.  That fall they would move into their first home together on Elati Street in downtown Littleton and each weekend they celebrated by  getting a dozen carnations on Friday and Baskin Robbins ice cream on Saturday.  Beth saved every card that Herb ever sent her, from their first year together to shortly before her passing.  She nicknamedher husband “Sleepy Bear,” and set a goal for their first year of Herb becoming a conductor on the railroad.  Though she had to be alone for significant periods of time while Herb attended training for the position, with her support this goal was met and it enabled them to secure the financial foundations to start a family.  Always the teacher, Beth gave report cards to Herb early in their marriage, where he received an A in all subjects that mattered to her.

In June of 1973, after becoming pregnant with her first child, Kym, Beth resigned her position as a teacher, telling her employer that she wanted to raise a family and then hoped to return to her profession.  After Kym’s birth, Beth and Herb would have two sons, Doug and David, and would move to a new home in an area that eventually was incorporated as Centennial, Colorado.  Beth devoted herself full-time to raising their children.  Her occupational skills as a teacher and planner were on full display as she diligently budgeted  for the household and meticulously saved the money needed to pay off their home and create the savings for all three children to attend college.

Beth was a great believer in education, insisting that all three children emphasize this in their lives.  She too was a lifetime learner and in 1988 received accreditation from the Moody Bible Institute for her correspondence-based study in the New Testament and Doctrine.  While she did not return to teaching in a public school, Beth threw herself into a lifetime of volunteer work.  Much of this occurred through Riverside Baptist Church in Denver, Colorado, where the family attended.  At Riverside Baptist, she worked with the children’s choir, led Children’s Church, taught the Senior Ladies Sunday School for 19 years and was a longtime member of the adult choir.  Later in life, she and Herb would move their membership to Cornerstone Church in Lone Tree, Colorado.  Her service extended beyond her own church and included organizing local Child Evangelism Fellowship clubs and becoming a fulltime volunteer for an organization called Youth for Christ.  In 2002 that organization recognized her as Volunteer of the Decade, in honor of her 15 years of dedicated service.

Following a short hospitalization, Beth passed away at Littleton Adventist Hospital.  She is survived by her husband Herb and her children Kym Teppo of San Jose, CA (husband Lars Teppo); Doug Lord  of Miami, FL (wife Tulin Lord); and David Lord of Alexandria, VA (husband Greg Parks).  Her grandchildren include Kai Teppo, Avery Teppo, and Melissa Lord.  May her devout faith and lifetime of service to others be a legacy of a life well-lived and an inspiration to us all.

Share Your Memory of
Judith
Upload Your Memory View All Memories
Be the first to upload a memory!
Share A Memory