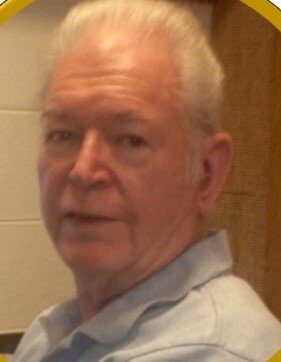 A jokester and a dreamer, Larry Chapman passed away at age 84 on November 7, 2022. His parents were Joseph R. Chapman and Violet L. Higginbotham. Larry had 4 brothers and a half-brother and a half sister. He was raised in several places in Washington state.

He married Germa in 1972 with her 4 children. Larry and Germa celebrated their 50th anniversary this year in February.

He served our country for 24 years in the military in both Army and later Airforce branches. One military transfer in the Airforce took Germa and kids to Woomera, Australia for two years. He worked on the radar station tracking missiles. He received an associate degree in accounting after retiring from the military. His last job was as a Tax Agent, IRS certified with H&R Block.

Larry’s interests included playing chess, paint by number, reading books and watching the news. He especially enjoyed Family History or Genealogy work. His family line is traced back as to the 1520’s.

He was a convert to the Church of Jesus Christ of Latter-day Saints at the age of 26. He had always read in the bible from his youth and eventually heard more about the LDS faith and joined.  He loved the Lord and wanted to serve him all his life and did as he was able.

As many of you may know, Larry enjoyed telling jokes. He loved to see people laugh.

He is now able to rest and be pain free and is having a joyous reunion with all who have passed on before him.

Share Your Memory of
Lawrence
Upload Your Memory View All Memories
Be the first to upload a memory!
Share A Memory