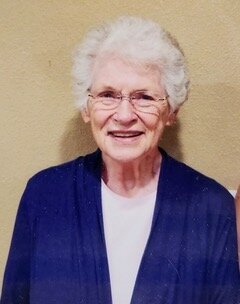 LITTLETON, CO. - Mary Helen (Zumberge) Haworth, 80, formerly of Helena and Big Timber, passed away peacefully in her home in Littleton, CO, on October 9, 2022, after a long battle with metastatic melanoma cancer. Her children were all by her side in her last precious days.

Mary was born December 25 1941, in St. Paul, Minnesota, to Erwin and LaRena Zumberge.

Mary grew up with four brothers, Bert, Nile, Jack, and Terry Zumberge. As the only sister, she was dearly loved by all her brothers. Just like them, she had a passion for sports. Softball and skating were among her favorites. She kept a newspaper article featuring her as an award-winning speed skater in high school, which she proudly hung alongside her favorite pair of ice skates.

In February of 1961, much to the surprise of each of their parents, Mary joined Alton Hendrickson in marriage when they, along with another couple, eloped by driving down to Iowa in order to avoid the arduous three-day waiting period to get a marriage license in Minnesota! Her grown children were also surprised when they learned many years later about their parents’ elopement!

Mary and Alton raised four children, Steven, Kathy, Vicki and David Hendrickson. Their marriage ultimately ended in divorce, and on July 21, 1974, Mary and Jim Haworth were married in Helena. Their marriage continued until the death of Jim Haworth on January 18, 2006.

With a huge heart for the elderly, Mary treasured the time she was able to volunteer at a home for Alzheimer’s patients. In later years Mary and Jim enjoyed traveling south in their motorhome, as well as yearly visits to their condominium at Fairmont Hot Springs, until ill health required that Jim remain closer to home.

Mary was known and loved by all her neighbors. Granddaughter Jocelyn would help her make cookies, and it was Mary’s delight to surprise her neighbors with a plate of homemade goodies around the holidays. She is also known for her outstanding homemade pies. Fortunately, she passed down her pie crust secrets to Jocelyn so she could keep that torch burning.

Two little West Highland Terriers, Abbie and Maggie, were the light of Mary’s life, and they loved her just as much as she loved them. They helped to keep Mary young and in good physical shape, as she often had to run out of the house and chase them down the road. Although they loved her, they loved even more playing a game of “catch me if you can” whenever the front door was left open the tiniest little crack.

Mary had a heart of gold, and she would do anything she could to help out anyone she could. She gave of her time, and generously gave of her money if there was any need she could possibly meet.

She will be greatly missed, but Mary is with her Heavenly Father. She reassured her kids and all the doctors and nursing staff that her heart was ready to meet her Creator, and we believe she is truly home now.

Mary was preceded in death by her brothers Bert, Nile and Jack, her husband Jim Haworth, and her parents.

Memorial donations in Mary’s name may be sent to St. Jude’s Children’s Hospital, Meow Cat Rescue, or to a charity of the donor's choice.

Share Your Memory of
Mary
Upload Your Memory View All Memories
Be the first to upload a memory!
Share A Memory