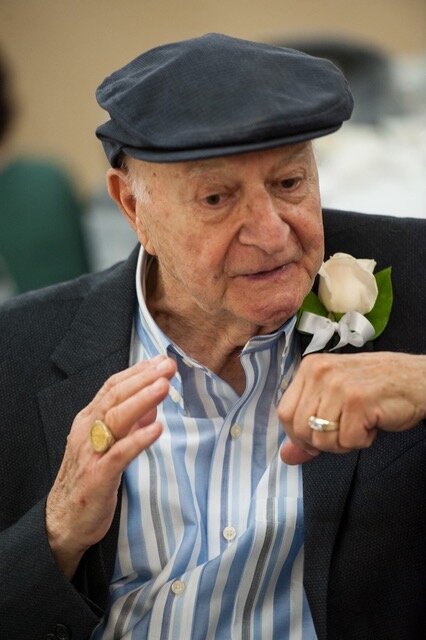 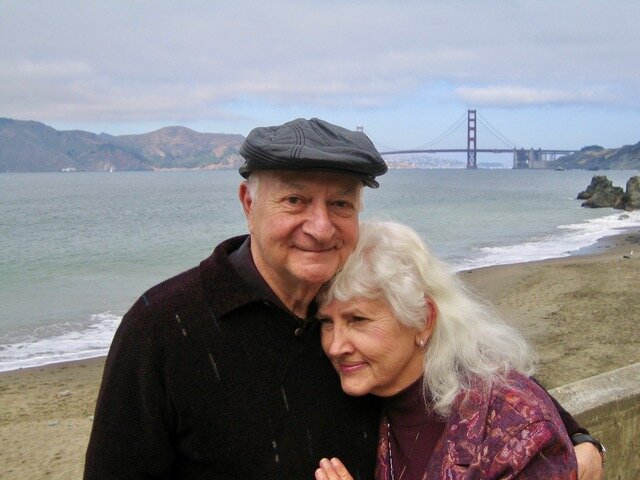 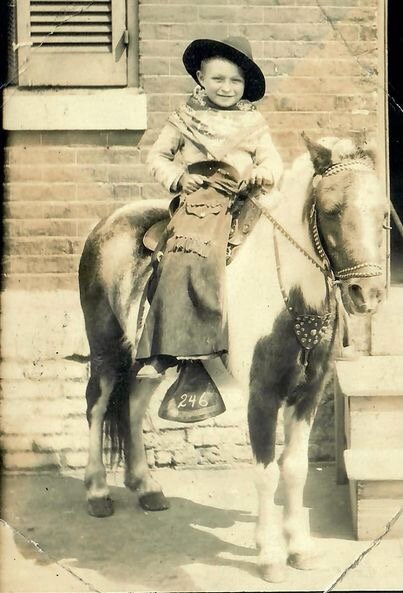 Stephen Manesiotis passed away at the age of 85, on June 4, 2022, at the home of his daughter and son-in-law in Larkspur, Colorado. He died of bladder cancer, a known consequence of Agent Orange exposure. He was a dearly loved father, grandfather, and great grandfather who will be remembered for his unwavering dedication to his family, genuine interest in everyone he met, and his amazing stories.

What a life. Born into a rough part of Pittsburgh in 1936 without a father and as an only child, he grew up running errands—and bags of cash between gambling houses—for the mob. He ran away from home at 15 years old and traveled all over the US with a magazine crew and made his way to San Francisco. One foggy day on China Beach, just below the Golden Gate Bridge, he saw what looked like a statue sitting on driftwood in the distance. As he approached, he beheld the most beautiful woman he had ever met, Dixie Stevenson, the absolute love of his life. She couldn’t talk much that day due to a case of Laryngitis, but he decided right then and there that this was the woman he was going to marry. They celebrated their sixty-eighth wedding anniversary in May.

In 1955, Stephen enlisted in the US Navy where he claimed to have been a “total screw-up” during his first four-year stint aboard ships. He chafed under the military chain-of-command, but his character and skill set were recognized as unique and he was recruited to join Naval Intelligence. Some of the tricks he had earned from a rough childhood turned out to be essential skills in intelligence. While based in London working at the US Embassy, his only child, Kimberly Annette Manesiotis, was born.

He ultimately spent over 20 years in the US Navy, deploying to Vietnam, Cambodia, and Laos over several tours (amongst many other places). He was in Cambodia until just before the Khmer Rouge took over the country. It was his expertise and dedication to country that exposed him to dangerous environments. During much of this time, he operated out of Lowry AFB, where he occasionally instructed classes on intelligence means and methods. As a professional, he was a real spy, deployed around the world in civilian clothing, carrying out missions sent straight from the top.

After returning to civilian life following an honorable discharge from the Navy, he led a quiet life in Colorado. Stephen worked at the Denver Mint for a short period and attended Metro State College. He also refined his cooking skills, first developed as a boy in the family restaurant in Pittsburgh, by working as a professional chef for a few years. He later invested in real estate and mortgage lending. He had a lifelong love of movies, dogs, and travel. He was proud of his immigrant roots in Greece and Austria. When political oppression and lack of economic opportunity in Poland resulted in the flight of refugees to the United States during the 1980s, Stephen and his wife opened their home to a Polish couple.

Family was paramount and through the inner strength that characterized his life, he held on until his grandson could come home from Japan to say goodbye. His end was expected, and his chapter is now closed. He set his family onto a path that was unimaginable to him as a child, and he re-made his world through sheer force of will.

He’ll be missed, but at 85 years old, he’d lived a completely full life. Old sailors are promised “Fair winds and following seas,” but Straight Arrow never liked being at sea.

Stephen is survived by his wife Dixie Manesiotis, daughter Kimberly Manesiotis Greer, grandchildren Daniel Greer and Rebecca Greer, and his great grandchildren Annabelle Greer, Donald Greer, Odin Grill and Raven Greer. He loved his entire family, including their spouses and extended families, but grew to love his son-in-law, Rodger Greer, like the son he never had.

Military honors will be provided at Pikes Peak National Cemetery on Friday, November 4, 2022 at 1 PM followed by an open house.

Share Your Memory of
Stephen
Upload Your Memory View All Memories
Be the first to upload a memory!
Share A Memory