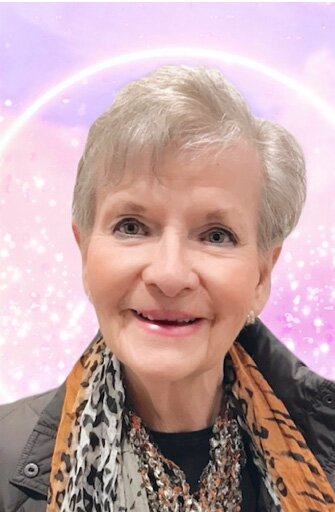 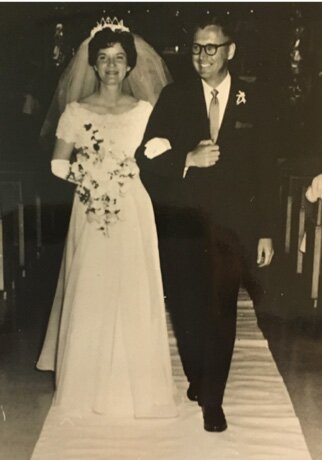 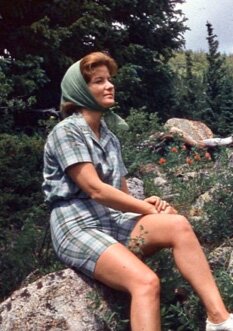 Lorna Elizabeth (Boucher) Young, age 89, passed away at Golden Orchard Memory Care Facility in Greenwood Village, Colorado, her place of residence on Monday, October 17, 2022. She was born February 23, 1933 in Menominee, Michigan to Edmund and Laura (Mushynski) Boucher. When she was in high school her family moved to Escanaba, which is in the Upper Peninsula of Michigan. She graduated from Escanaba High School in 1951 and then went on to attend Mount Mary College in Milwaukee, Wisconsin, graduating from there in 1955 with a BS in occupational therapy. After college, she worked at two different hospitals in Milwaukee as an occupational therapist before moving to Colorado to start her job with National Jewish Hospital in Denver, once again, as an occupational therapist.

Lorna found a special sense of wonder from being in nature, and enjoyed hiking, picnicking and skiing. On one such ski outing in Vail, Colorado, she met her future husband; Bill Young. They both loved to ski and were both transplants from the Midwest. A ski accident early in their courtship resulted in a broken femur for Bill, but he didn’t let this interfere with dating Lorna! In fact, they enjoyed many adventures together while dating like hiking, horseback riding, etc. – even with Bill’s broken leg.

In June 1966 Bill and Lorna were married. A few months after getting married, Lorna became pregnant and the newlyweds began their journey of starting a family. Over the next 12 years they had four sons and one daughter: Mark, Mike, Jennie, Matt and John. Bill and Lorna raised their family in Golden, Colorado, living together in the same house until 2017, when Bill’s declining health required them to move to an assisted living facility.

Lorna had a kind nature and a beauty that emanated so brightly from within that it could be felt by anyone in her presence. She loved the outdoors, which will live on through all of her children and grandchildren, who also love having adventures in the outdoors. She loved dancing, singing and being silly. As a young woman, she loved to dance and even as she aged and her body wasn’t working the way it once did, she would dance with her walker in exultation. While she lived in assisted living, she took every opportunity when there was an event with music to dance for the residents with her walker. She said it brought them joy, which in turn brought her gratification. She was known by the residents as “the dancing lady” and she took pride in that title.

She was known by her loved ones as a daughter, sister, wife, mother, grandmother and friend. Lorna was many things to many people. She was easy to love and she loved deeply. She has been an excellent example of love and kindness and had an amazing sense of humor.

Lorna is survived by her children: Mark (“Max”), Mike, Jennie (Granquist), Matt, and John, all of Lakewood, Colorado; her eight grandchildren: David and Blake Granquist, Lia, Auni, Lily, Clarissa, Maia and Gavin Young; and her siblings: Mary Connelly, Jerry Boucher and Jane Korpela. A funeral mass and lunch reception will be held on Tuesday, November 15th at 10:00am at Christ on the Mountain Catholic Church, 13922 W Utah Avenue, Lakewood, Colorado. Interment will be at Fort Logan National Cemetery, 4400 W. Kenyon Ave, Denver, Colorado at 1:30pm the same day.

Share Your Memory of
Lorna
Upload Your Memory View All Memories
Be the first to upload a memory!
Share A Memory