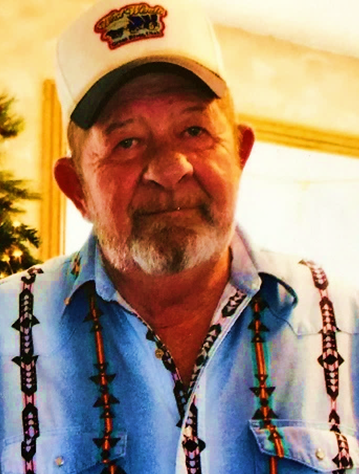 Skip was born in Ft Collins, CO on March 19, 1943 to parents Donald (Si) Alexander and Edna Schaefer Alexander. He passed away peacefully at The Collier Hospice Center in Wheat Ridge, CO on October 5, 2022.  He attended grade school in Ft Collins, CO and graduated from Cache la Poudre High School in Laporte, CO in 1961. After high school Skip enlisted in the United States Navy and served his country from January of 1962 to May of 1966, during which time he served aboard the destroyer USS Charles Berry.

After his discharge from the Navy he returned to Walden, CO where he met his future wife, Linda Wingo Martin. They were married on May 27, 1967 and spent the next 55 years together. They spent some time in Walden, Montana and Denver before settling in Golden, Co where they raised their three children. He was a volunteer for the Fairmount Fire Department for 8 years.

Skip attended Colorado School of Welding and spent his entire career welding. He was proud of the fact his whole career was spent with only two companies, Eversman Manufacturing and Asphalt Paving. Skip loved to hunt and fish and the family spent most vacations camping. After retirement he became interested in wood working and produced well over 100 children’s stools which included wood burned cartoon characters that were painted and each stool had an inscription and date. In addition to the stools, he completed many other items including a coffee table with the cattle brands from ranches in Jackson County Colorado which entailed quite a research process.

Skip was predeceased by his parents, his sister Suzette Alexander, his brothers, Jay and Barry Alexander and his daughter Robin Irwin who passed away in March of 2022. He is survived by his wife Linda and children Carl (Suzanne) of Westminster, CO, Renee (Dave) of Arvada, CO and son-in-law Brian Irwin of Albuquerque, NM. He also leaves 6 grandchildren, Zach and Taylor Martin of Westminster, CO, Loren and Luis Cordova of Arvada, Co and Emily and Andy Irwin of Albuquerque, NM along with 2 great grandsons, Jackson and Brayden Irwin also of Albuquerque. Last but not least he is survived by his little dog Buster who was his constant companion.

Private graveside services will be held at the Golden Cemetery in Golden, CO on October 21, 2022. A Celebration of Life will take place on October 22, 2022 beginning at 1:30 at the family home in Golden.

Share Your Memory of
Alvy
Upload Your Memory View All Memories
Be the first to upload a memory!
Share A Memory