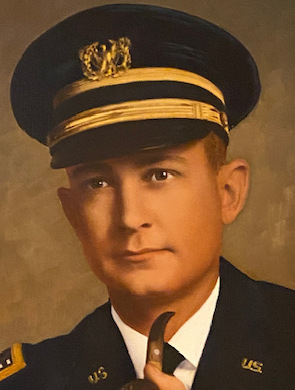 Billy Glen Moore, age 88, passed away on October 9, 2022 in Colorado Springs, Colorado. He was born on April 30, 1934 in Weatherford, Oklahoma to Glen Moore and Thelma Moore. His parents moved to California from Oklahoma with Billy and his younger brother, Paul in 1953.

Billy met the love of his life, Anneliese Maerz while stationed in Fussen, Germany where Anneliese was an accordianist for the Bavarian Schulplatter dancers.

Billy is preceded in death by his parents Glen and Thelma Moore.

Billy bravely and proudly served in the United States Army with several tours to Germany, two to Vietnam as well as a tour to Korea. He was also deployed to Berlin during "Berlin Crises" of 1961. He earned the rank of CW4 before his retirement in 1973.

During his early years Billy enjoyed hunting, fishing and car restoration and later in life enjoyed wood carving. He was also affiliated with the AUSA, Knights of Columbus and the Silvefoxes RV Club.

In lieu of flowers donations may be made in Billy's honor to the Knights of Columbus.

Share Your Memory of
Billy
Upload Your Memory View All Memories
Be the first to upload a memory!
Share A Memory