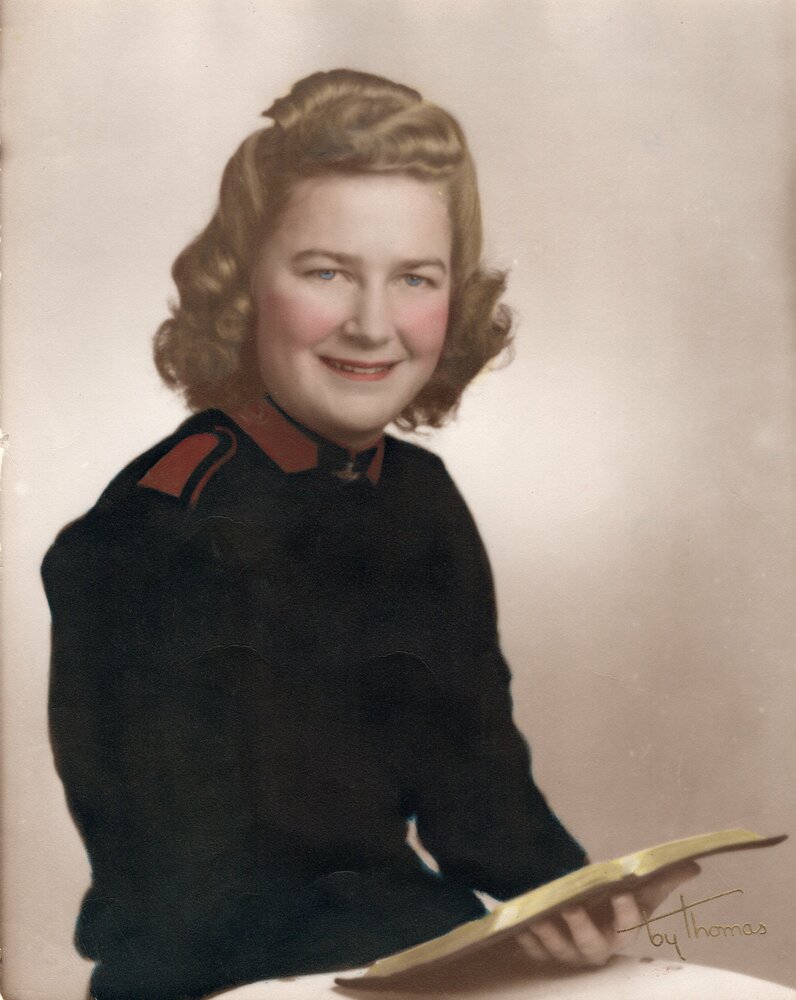 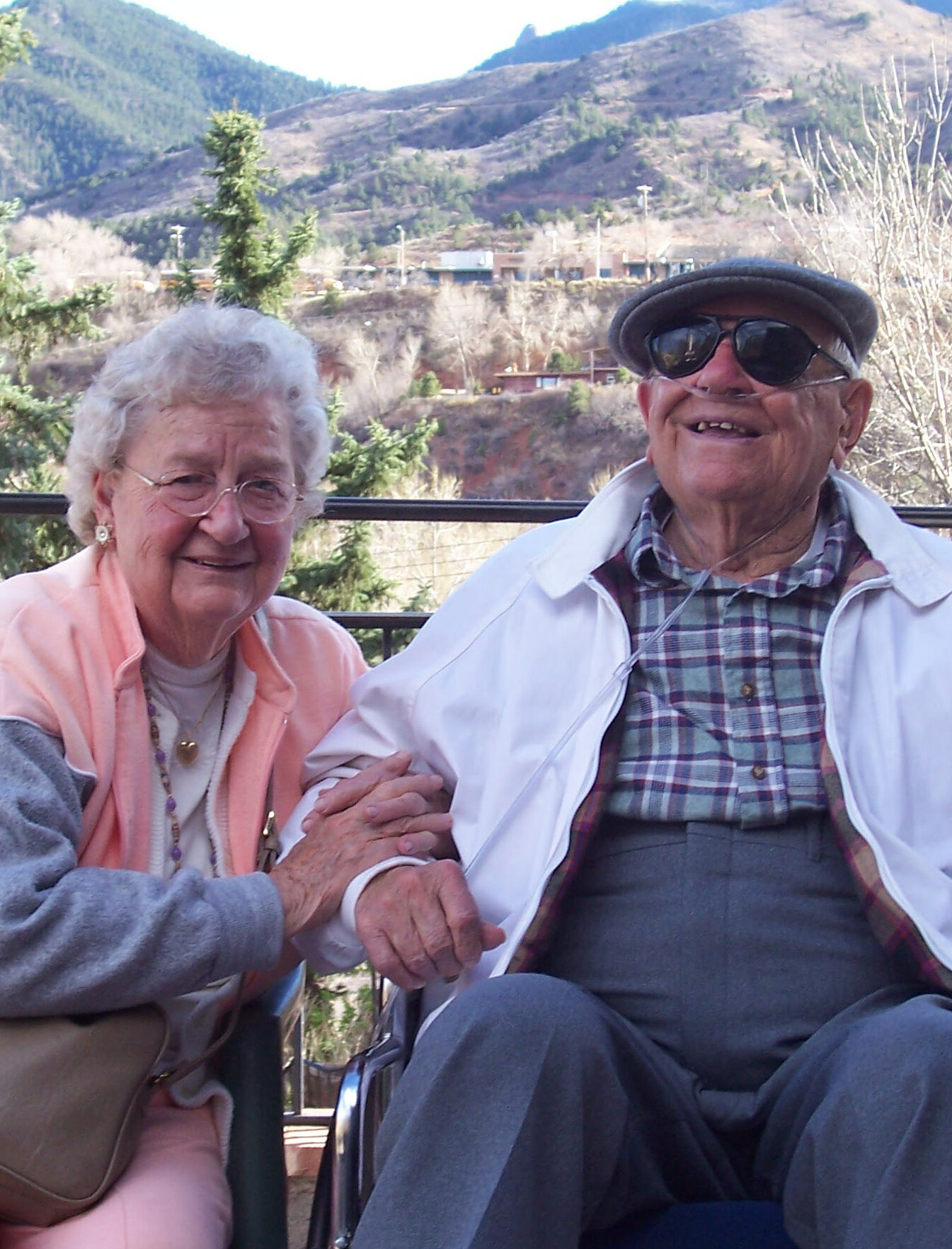 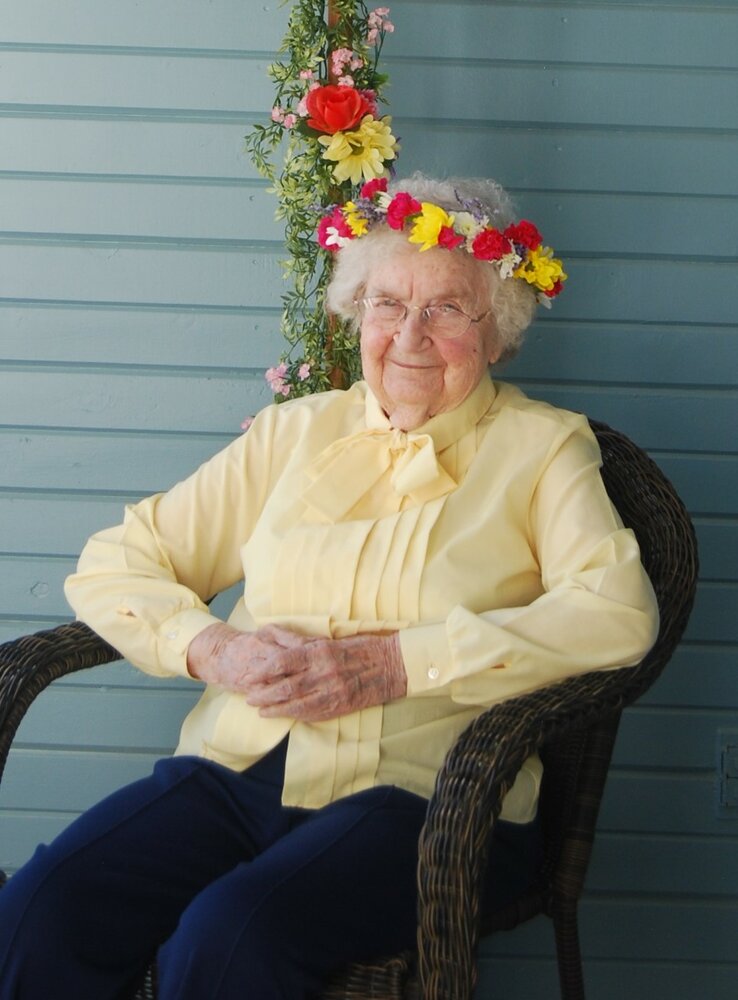 Agnes Octavia Christenson (Jacobson) was promoted to eternal glory on July 19, 2022. She was the beloved wife of Edvin Valdemar "Stanley" Christenson whom she wed on that same date 76 years ago. She was known as ‘Nana’ to all she called family and friend. She was the loving mother of her surviving children, Kenny and Warren Christenson, Carol Yee and Cathy Kincaid. She is survived by her brother Emil Jacobson. Many loved ones awaited her in Heaven including her siblings Ellen Engstrom, Dora Randall, and Harold and Oscar Jacobson. She was greeted by her loving husband Stanley and her beloved daughter Linda Bielinski. Her legacy will live on through her 14 grandchildren and 20 great grandchildren.

She was born in NJ and grew up on a small farm in Montclair. She began working at Woolworth’s in Montclair, NJ in 1940. It was there that she first met Stanley. They exchanged letters during WW2 when he was stationed in Europe.  They were married after he came home on July 19, 1946. Stanley liked to brag about the fact he "found a million-dollar baby at the five and ten cent store." She raised her family in Hillside, NJ living in the same house for 50 years. She was an active member of the Salvation Army and the Hillside Baptist Church, sharing her talents in music and ministering to women and their children at the Goodwill Home and Rescue Mission 79 in Newark, NJ.

Because of health reasons she and Stanley made the choice to go to Colorado in 2005 to live with Carol and her husband Dave. When she moved to Colorado, she became active in the Socrates Club and spent time with friends at the Tri-Lakes Senior Citizens Center and the Mountain Community Senior Services at the Mountain Community Church. Her promotion to glory was a blessing to her and while we miss Nana, we know that she is safe in the arms of Jesus.

She will be laid to rest with her husband at Fort Logan in Denver Colorado Aug. 22, 2022.

Share Your Memory of
Agnes
Upload Your Memory View All Memories
Be the first to upload a memory!
Share A Memory