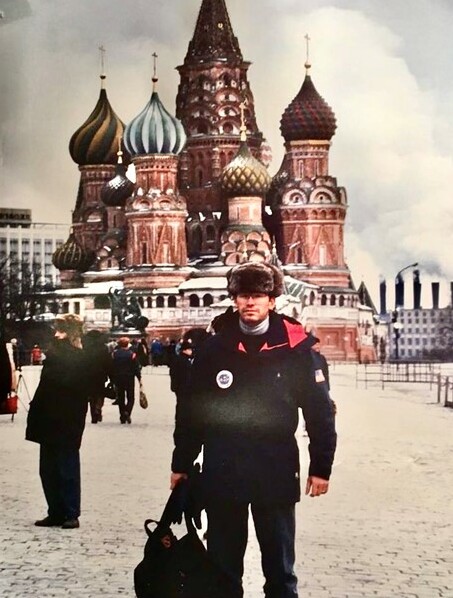 Tom was an Army brat, born on March 2, 1949, in Roanoke Virginia, to a career Army officer who served during WWII, Korea, and Vietnam. Growing up, Tom, the oldest of 7 children, moved with his family around the world, often filling the shoes of his father who was absent due to his military career. Much like his devoted mother, family was of enormous importance to Tom.

A member of the Cadet Corps at Virginia Tech, Tom was commissioned in the Army in 1971 and had a distinguished career as an Armor officer before entering the Soviet Foreign Area Office (FAO) program at Defense Language Institute (Monterrey, CA) in 1980, and graduating from the US Army Russian Institute in Garmisch, Germany in 1983.  While in Garmisch, Tom spent the final winter months and spring of his senior United States Army Russian Institute year working on the Helsinki-Moscow express, escorting construction materials from Helsinki to support building the new US Embassy complex in Moscow.

After graduation, Tom served on the Army Staff as a Soviet analyst and contributing author to the Army "Black Book."  While the world slept, Tom worked the midnight shift at the Pentagon writing synopses of critical over-night events for senior Army leaders.  Later, Tom served as a Soviet Specialist at the US Army Command and General Staff College at Fort Leavenworth.  When the On-Site inspection Agency (OSIA) was forming, Tom joined the team as an early stakeholder, serving as one of the original INF/START Mission Commanders, and later as OSIA Deputy Chief of Staff. After the collapse of the Soviet Union, Tom helped spearhead Operation Provide Hope bringing much needed food, medical, and other supplies to the former Soviet states, for which he received a Humanitarian Service Medal. Tom also brought back a Soviet SS-20 missile, which is displayed to this day at the Air and Space Museum in Washington D.C.

After retiring from the Army, Tom continued working for many years as a contractor with Booz, Allen, Hamilton as a planner and controller supporting war gaming exercises. In the Summer of 1995, Tom realized a lifelong dream, moving his family to the beautiful mountains of Frisco, Colorado.

Tom is survived by his wife, Linet Doty Dudley.  Linet's dad was a career Marine Officer.  Tom and Linet met as high school classmates in Taiwan when Colonel Dudley (USA) and Colonel Doty (USMC) were assigned to the attaché staff at the US Embassy in Taipei.  Tom is also survived by his son Thomas Dudley III, wife Jessie, grandson Jack, granddaughter Eliana, as well as daughter Claire Laura Evans, husband Kevan, and granddaughter “Little” Linet Evans.

Tom will always be remembered by his family, colleagues, and fellow officers as a multi-talented Soviet FAO; an even-tempered man with a keen sense of humor and uplifting spirit; a man of distinguished character; a great soldier who served his nation proudly during tough times; and, above-all, adored his wife, children, and grandchildren.  And he was a damned fine skier. A love which he shared with his family.

Choosing to forego the honor of being buried with his parents and Linet’s parents at Arlington Cemetery in order to be buried close to his surviving family, memorial services and funeral arrangements are set for Friday, August 19, 2022, at 9:15 a.m. at the National Cemetery at Fort Logan, Colorado. The family suggests that those who desire to recognize Tom’s life and service to the nation may make contributions in his name to the Tunnel to Towers Foundation.