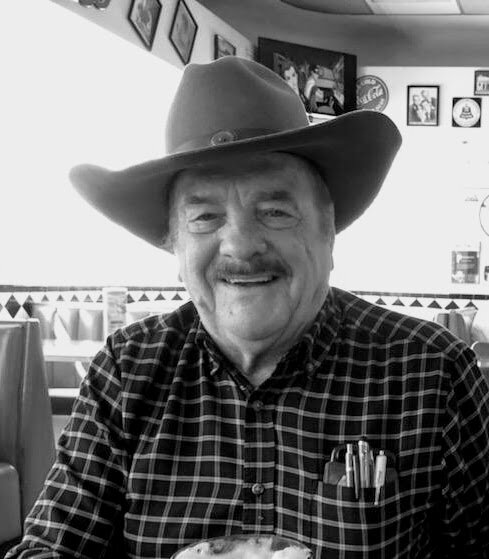 Royce L Smith of Littleton, Colorado passed away on July 25, 2022. Royce was born in Belton, Kentucky on January 22, 1935. Royce is survived by his wife of nearly 49 years Melissa, and their children Kristia Cox (Brian), Ashley (Kelly) and Zach (Evangelina). He also is survived by a daughter Holly Vicino and grandchildren Jess McCune and Melia. He is preceded in death by his children Allison, Randy and Kim McCune.

At 18 he joined the United States Marine Corp. In 1958 he made Colorado home. Royce worked many jobs including Car Sales (some may have known him as Rocket), real estate and owned a boat and RV business several years. Throughout his life Royce always enjoyed his small farm, collecting old cars, and doing charity work. Royce especially loved fundraising for charity with organizations such as Interfaith Task Force, Sertoma, and his church, Littleton Christian Church, which became Valley View Christian Church. Retirement did not slow Royce down much. He continued to do charity work and took up hay bailing. He kept his small farm and hay bailing until just a couple of years ago. As his business cards in the end said, ‘Not retired but working on it’.

In lieu of flower donations, donations to Colorado Christian Service Camp (Camp Como) would be appreciated. The current fund drive for Camp Como is the COMO CHALLENGE!

Funds raised in the campaign will be doubled with matching funds up to $50,000.00 this year. To donate to this fund directly one can either, send a check to Camp Como, (P.O. Box 36, 80432 with COMO CHALLENGE in the memo line.) or donate online www.campcomo.com marking the donation as the COMO CHALLENGE. The fund drive is to invest $100,000 towards cabin remodels and bathroom additions.

Share Your Memory of
Royce
Upload Your Memory View All Memories
Be the first to upload a memory!
Share A Memory