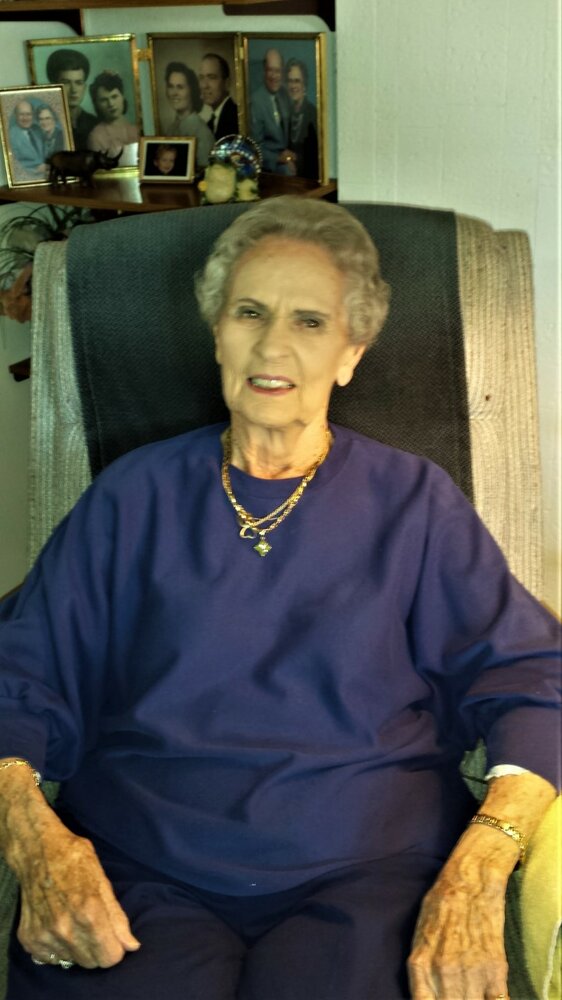 Our beloved “Peggy” was born Floraine Meeney on August 12, 1924 in Hayden, Colorado. She spent her early years on a homestead on the Williams Fork. She’d tell us stories of going to town in a sled over fence-high snowdrifts with hot rocks under a blanket at her feet to keep warm. Her family moved to the Rifle area in 1929, and then to Cañon Creek outside Glenwood Springs in 1935.

At seventeen, she left home to attend beauty school in Grand Junction, graduating in 1942. She then worked for Mountain Bell as a switchboard operator. In 1943, she met the love of her life, Dan Bundy, a Navy sailor. Dan was in Glenwood convalescing from injuries sustained in the South Pacific at the Hotel Colorado, which had been converted to a Navy hospital. After a short time in San Francisco during the war, they returned to Glenwood. Peggy worked as a beautician and a medical assistant, and Dan built a career as an electrician. They lived in the house they built in Cañon Creek for many years before moving to the Denver area in the 1980s. In retirement, they traveled extensively throughout the Southwest and were often on the road for much of the year.

Peggy was a skilled painter, crafter, and baker. She loved a good game of rummy or dominoes and would beat you with a smile on her face and a twinkle in her eye. She loved spending time with family, reading and rereading Louis L’Amour and Zane Grey, doing puzzles and tending to the home she and Dan made. She would sometimes marvel at how she “went from horse and buggy days to a man walking on the moon.”

After Dan passed away in 2008, she remained in their home until her peaceful passing on June 16, 2022. Her two brothers, James and John Meeney of Glenwood Springs, also preceded her in death. She leaves behind her son Jim Bundy and his wife Sharon; Jan Rogers, her grandchildren’s mother; her grandsons Kevin, Sean, and Aaron Bundy; and her great-grandchildren Brendan Bundy and Macey Goodson. The family is especially grateful to Julie Tibbitts, who cared for her so well during her last years. Her ashes will be interred at Fort Logan cemetery with her husband Dan.

As she often said near the end, she lived a good life. She was our angel, and she’ll be dearly missed.

Share Your Memory of
Floraine
Upload Your Memory View All Memories
Be the first to upload a memory!
Share A Memory