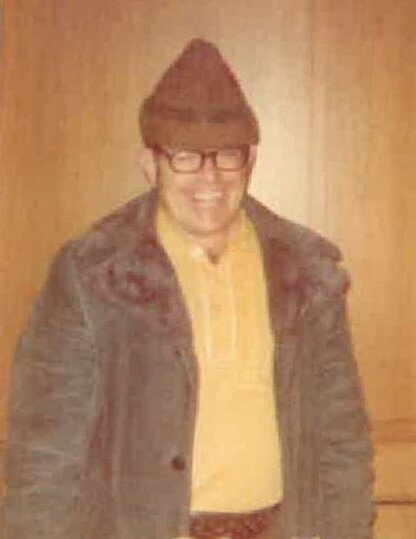 Clifford Eugene Gebow, known as Cliff, was born on March 29, 1933, in Denver, Colorado. As Cliff’s parents were listening to a certain program on the family radio, just before going to the hospital, he was named after a character on this radio show, Clifford in “One Man’s Family.

Cliff was born into the family of William and Eliza Gebow. Cliff was the youngest of five boys: William, Howard, Charles, Lloyd, and Clifford.

Cliff grew up in Denver and he graduated from South Denver High School in 1951.Cliff was always quick to share about his HS experiences.

Following in his brother’s footsteps, Cliff wanted to join the United States Navy. Cliff was told that “he was too short but that the Army would take him.”

Cliff then got a job at The May Company, waiting for a while for the US Navy to change its mind. Cliff decided that he would try it again. This time Cliff was accepted.

He was immensely proud of this accomplishment.

Cliff was off to Basic Training at Great Lakes Naval Training Center in Illinois and later out to sea on the USS Des Moines (a heavy cruiser). Cliff did get to tour ports on the Mediterranean Sea. He got to visit Paris, Rome, Athens, and Lebanon (where Cliff ate some camel without knowing that it was camel :).

After returning Home from his tour of duty, Cliff went to Barnes Business School. After graduating BBS, Cliff Gebow worked at Great Western Sugar Company for 13 years. Cliff later retired from A.B. Hirschfeld Press. Cliff was continually active in local bowling (Cliff bowled in three leagues for a while). Cliff was also an avid golfer (he was at the golf course at 5:00am). Cliff was a youth baseball player in the Old Timer’s League.

Cliff Gebow’s family loved to camp and to fish. He fished many of the lakes and rivers in Colorado, especially in the mountains. Cliff also loved to go pheasant hunting with his brothers and his friends, even though he could not eat those birds. Cliff was an avid baseball fan clear back to the Denver Bears. He always tried to get a seat right behind first base. When the Colorado Rockies came to town, Cliff became a big MLB fan. Cliff and Bernie were thrilled to be able to share in season tickets for a few years. After they had to give up the tickets, for health reasons, Cliff then became a rooting/cussing armchair fan with his “purple pompoms” as a dear friend called them.

While in the US Navy, Clifford and Bernadean met through a mutual friend. They started corresponding with each other until Cliff got out of the service in 1955. They would then continue this relationship and friendship again in 1964. Cliff & Bernie married on September 5, 1964.

Their daughter, Michelle, was the highlight of Cliff’s life. Michelle arrived just in time for Father’s Day. Another proud moment was when Michelle graduated with her master’s degree in Social Work.

Cliff and Bernie joined the Jefferson Avenue United Methodist Church on July 20, 1969. Cliff was active as his health allowed. Cliff enjoyed the many meals and he especially liked to help with the Christmas projects as Cliff thought it important that others should be assisted during the Holidays. Cliff was especially touched when they delivered packages to a home and the family had a real “Charlie Brown Tree,” but those kids were so proud of that tree.

Cliff has made many friends in this congregation and in the faith community.

Cliff and his future wife, Bernadean won the Pace Car at the Pikes Peak Hill Climb in July 1964. Cliff won a $1,000 lottery drawing just after he turned 50.

Cliff and Bernie took some nice trips together. At The Grand Canyon they flew in a small plane 1000 feet below the canyon rim the entire length of the canyon. At Mt. Rushmore they took a helicopter ride so close to the monument that Bernie thought Cliff should offer his handkerchief to George Washington.

In a new 1972 car, the Gebow’s took off for Canada for the best fun filled and most scenic trip with all kinds of weather, including some Canadian snow.

Cliff made friends easily and he always had a cheery hello for all. Even though he had many health issues, Cliff always tried to find a smile for others.

Cliff’s parents, his four brothers and sisters-in-law and his nephews preceded him in death. Cliff is survived by his wife, Bernadean, his daughter and son-in-law Michelle and Richard Bickford, a sister-in-law, Shirley Pelton, and many nieces and nephews.

Cliff passed away June 22, 2022. Interment will be at a later date at Fort Logan National Cemetery,

In lieu of flowers, donations may be made to Jefferson Avenue Church or to the Parkinson's Association, 1325 S. Colorado Blvd, Suite 204-B, Denver, Colorado 80222.

Share Your Memory of
Clifford
Upload Your Memory View All Memories
Be the first to upload a memory!
Share A Memory