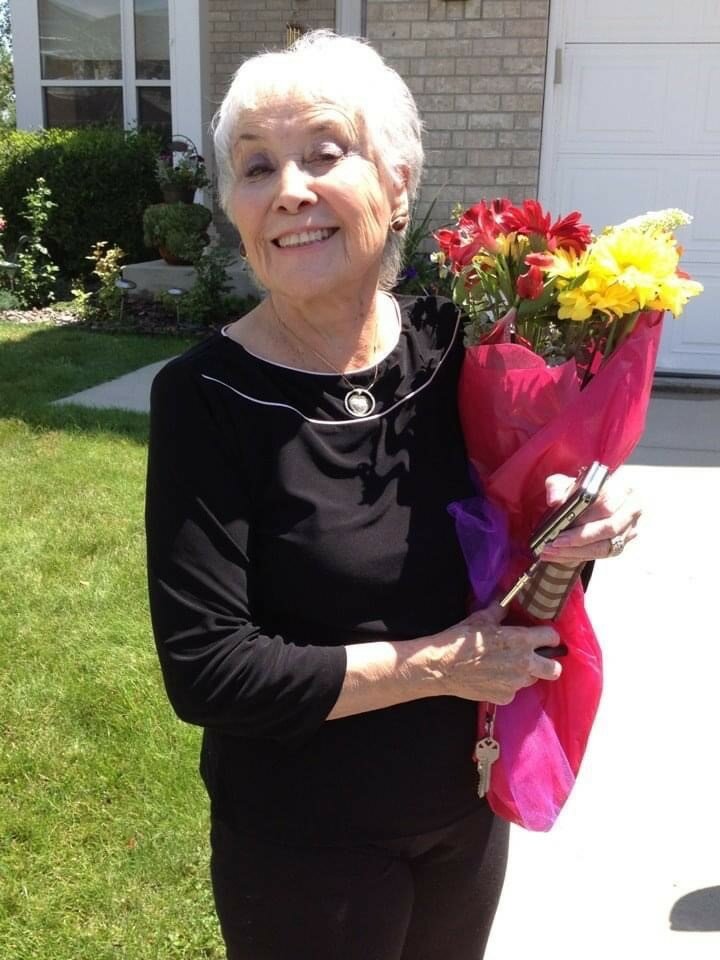 Olga Passarelli was born on May 15, 1930, as Olga Manzanares, the 13th of 13 children to Antonio and Genoveve Manzanares in a small rural community in the San Luis Valley in southern Colorado.

“Olga” was not a traditional Spanish name -- Genoveve loved its exotic sound. Olga’s father ran the mail back and forth between southern Colorado and northern New Mexico while her mother served as the Postmaster for San Luis.  Her family spoke only Spanish and lived in poverty in an adobe home. As a child, Olga dreamed of living in a white castle.

Unfortunately, her dad died when she was 8 and Genoveve moved the family to Denver a few years later in search of a better life. Little did Genoveve know what a life-changing decision she had made. Imagine arriving in a big city as a 12-year-old child, and not being able to speak the language. Olga used to tell a funny story about coming home in junior high and asking her mother for money for gym shoes.  Her mother exclaimed in Spanish, “Let Jim buy his own shoes!” Olga worked the 4 pm-midnight shift throughout junior and senior high school at the Shirley Savoy Hotel to help make ends meet. She learned English and eventually graduated from East High School. She dreamed of attending Vassar, but that was not an option for someone without sufficient resources, so she went to work at a finance company to support her family. At the tender age of 19, Olga bought a small house in Denver for her mom and her to live in a place they could call their own. Olga also became a secretary, which was one of the only career paths available to women in that era. She met her husband Sam, who was in the Navy, on a blind date, and they married in 1953.

They had three children, and Sam and Olga built a home in Arvada, as they worked hard to live the American dream. In the 1960s, Olga moved on to teach modeling for the John Robert Powers modeling agency.

She set her sights on a greater achievement and became a real estate broker in the 1970s, just as the Denver economy was booming. Olga was built for real estate, with a natural out-going personality and a drive to succeed. She would accumulate rentals and sales as her business took-off. She continued to master her English speaking so much so that if you had met her in the 1970s, you would not have known that English was her second language. She and Sam put three kids through college while also supporting Genoveve. In 1988, Sam tragically died at the age of 58, leaving Olga to pick up the pieces of a broken heart. She was resilient as she continued to sell real estate and build up her support network of loving friends.

Olga traveled the world with her friends and family, while frequently heeding the siren call of Central City and Blackhawk. She never met a slot machine she did not like, and her mantra was “You can’t bet scared money.” Olga loved her family and her friends and would literally give you the coat off her back. If you admired her jewelry or a piece of her clothing, it was immediately yours. In her later years, she continued to enjoy the company of friends and family. Fiercely independent, Olga refused to move in with her children or go to an assisted living center.

Olga died at the age of 92 on her own terms, having experienced a life full of love, and living as a queen in the castle she dreamed about as a child. It is only fitting that Olga will be buried in the tiara she earned the right to wear.

If anyone wants to support the family during this time, in lieu of flowers, to honor Olga’s commitment to education, donations may be made to the Latin American Education Foundation http://www.laef.org/

Share Your Memory of
Olga
Upload Your Memory View All Memories
Be the first to upload a memory!
Share A Memory