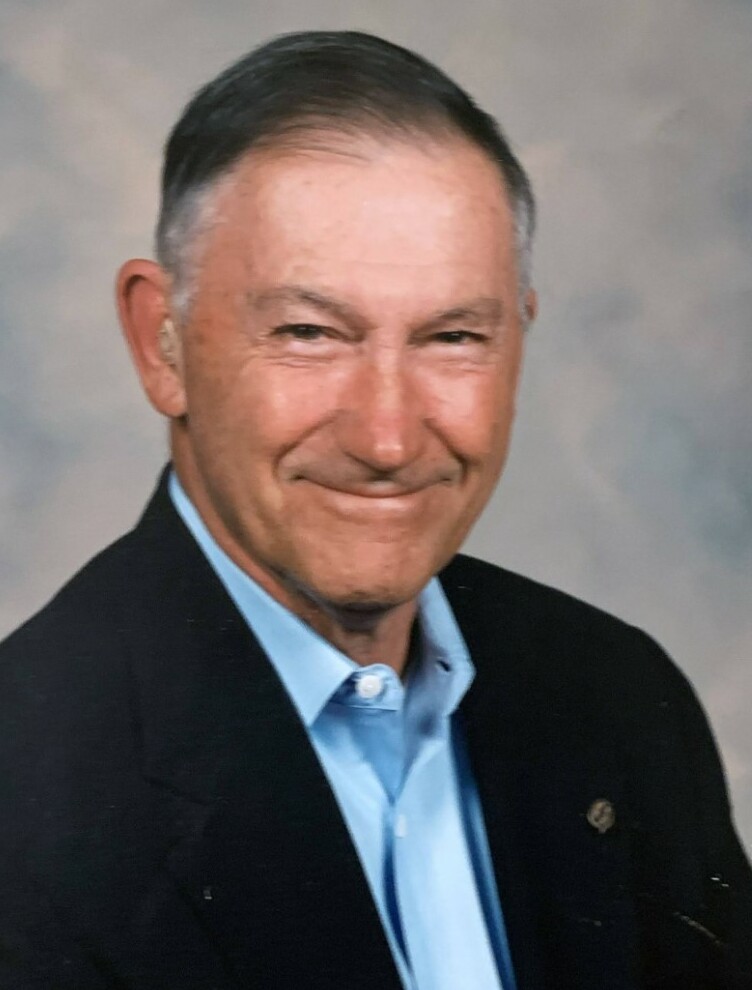 He was surrounded by family and friends who prayed the rosary with him.

Bob was born to the late Joseph and Jeanne Rissacher on June 28,1925, in Long Island, New York. As a young man Bob began a lifetime of dedication to community by serving in the military and training as a bombardier, during WWII.

He married his wife of 56 years, the late Mary Rose Rissacher, in 1948. Bob and Mary honeymooned in Colorado and decided to make a home there. Bob attended the University of Denver while working for George Berbert and Sons. He later went on to own Denver Surgical Supply Company.

Bob was very involved with his daughters in the Lakewood Westernaires, traveling to horse shows throughout the United States and Canada. He was a mentor, not only for his daughters, but for many young people who were experiencing difficulties in their lives.

He was a long time member of the Woodmoor Country Club, an avid golfer, playing many years in the Woodchoppers member guest tournament, even scoring a hole in one!

He introduced the wonderful game of golf to generations of family and friends.

Bob was a devout Catholic. He  belonged to the Knights of Columbus, sang in both the St Bernadette’s choir (Lakewood) and the St Peter’s choir (Monument). After the passing of his wife Mary, he became a Stephen’s minister. He fulfilled a lifetime dream of his by traveling with the Order of Malta to Lourdes in 2017.

Bob had a true sense of joy and a genuine love of people. He never missed an opportunity to say “what can I do for you“ or to tell someone “I’m so proud of you”.

Bob is survived by his three loving daughters and their spouses; Mary Jo and Bill Cameron, Kathy and Ron Royce, Jean and John Wheaton, and by his grandchildren;  Hayden Kirby, Memory Stein, Will Cameron, David Cameron, Cameron Pappas, Collin Royce, Jeff Royce, Steven Royce, Sarah Wheaton and Jenna Wheaton. He had the good fortune of having 16 great grandchildren.

As a loving and joyful husband, father, and grandfather, Bob will be deeply missed.

In his last years Bob was blessed by a truly compassionate team of caregivers and hospice providers known as Team Bob.

Services will be held at Saint Peter’s Catholic Church in Monument on May 13th.

The Rosary will be said at 9:30 followed by the Funeral Mass at 10am. All are welcome.

A celebration of his life following the services will be held at his home in Woodmoor.

Get Directions
Friday
13
May