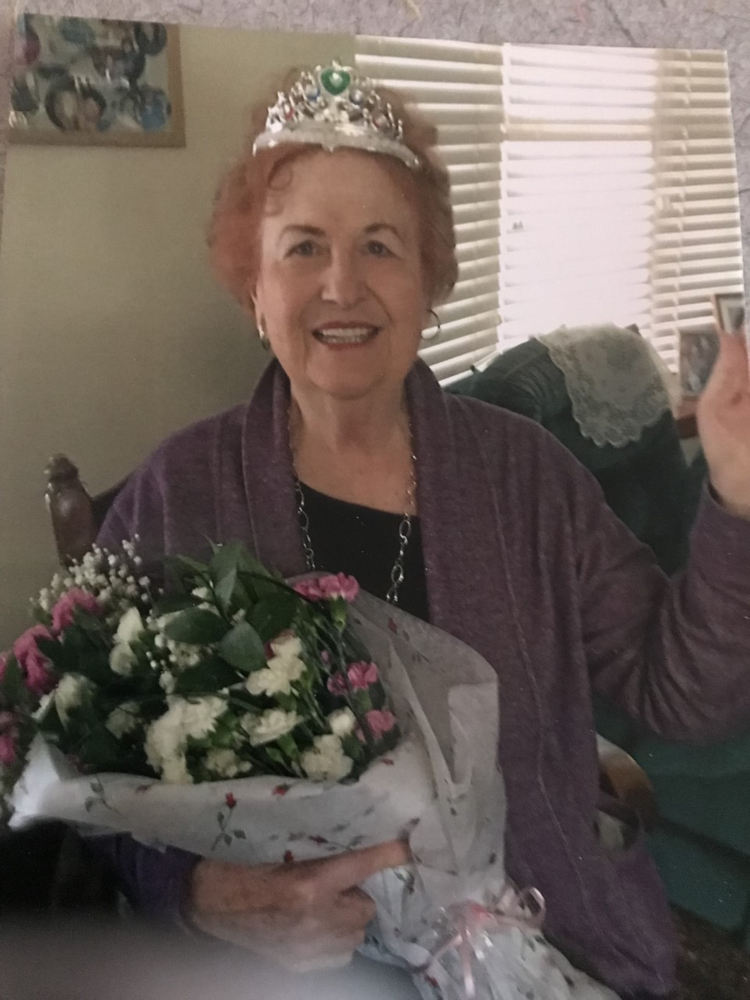 Rose was born on April 1, 1929, in Denver, Colorado to Lidia Pabst
from Fort Morgan and John Strauch from Hook, Russia. Her mother
worked both as a housewife and in a meat packing house, while
her father worked on the Works Progress Administration, a
government project that offered jobs to the unemployed by
spending money on programs such as road and highway
construction. He also played the accordion at dances and
weddings on the weekends to make extra money.
Growing up, Rose and her family lived with her grandparents
because they were not able to afford a house. However, after a few
years of “saving and rationing”, they were able to buy a home. They
bought a brick house in Denver, Colorado. Rose said It really was
a nice house, with a beautiful porch with big pillars out front, the
house is still there today. It only had two bedrooms, but she loved
it because it had an indoor bathroom built in it. Rose had to share
the small bedroom with her brothers. There were 2 full beds for all
of the kids. Eventually her father built an addition to the house with
a bedroom for the boys and she got the room to herself. Rose was
the second oldest of 5 brothers; John, Kenny, Harold, Rubin, and
Gary.
Rose’s father was only 36 years old when he passed away. Rose
and her older brother, John, had to step up and help to support the
family through the struggle of the depression. She had to quit
school at 14 to begin working. Her first job was at a creamery that
was on Washington Street in Denver. She worked at the creamery
for a year and then went on to work at the meat packing house
where she packed hot dogs into boxes, packed eggs, or washedout hogs with a giant hose. She made 59 1/2 cents per hour and
gave her entire paycheck to her mother to help pay for bills and
food. She also helped around the house while her mother also
worked. She helped by ironing, washing dishes, and helping to
prepare dinner, while her brothers would help by taking care of
house repairs and mowing the lawn. She worked in the packing

Share Your Memory of
Rose
Upload Your Memory View All Memories
Be the first to upload a memory!
Share A Memory