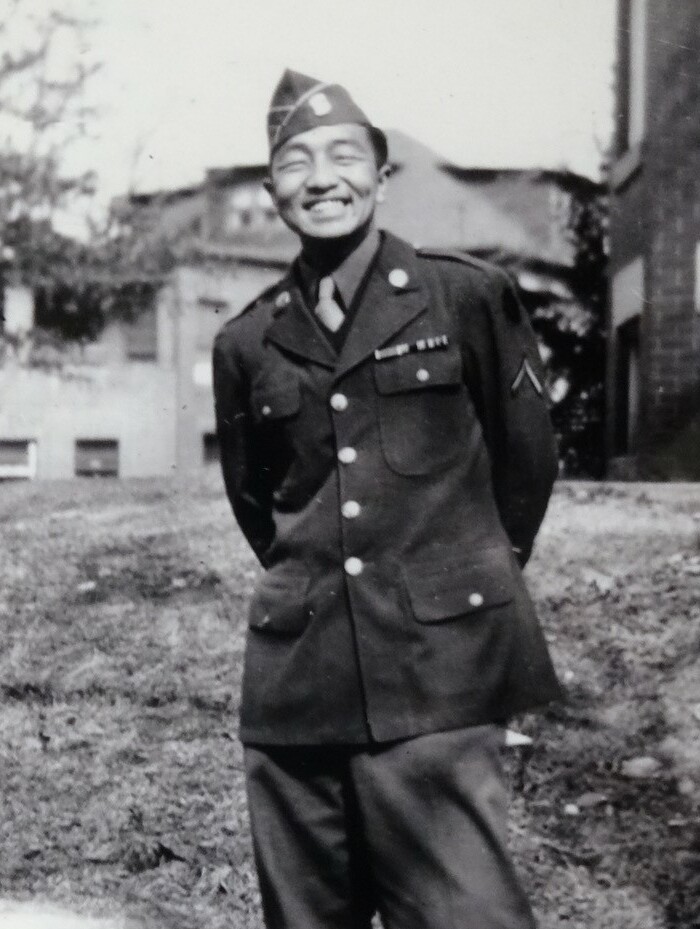 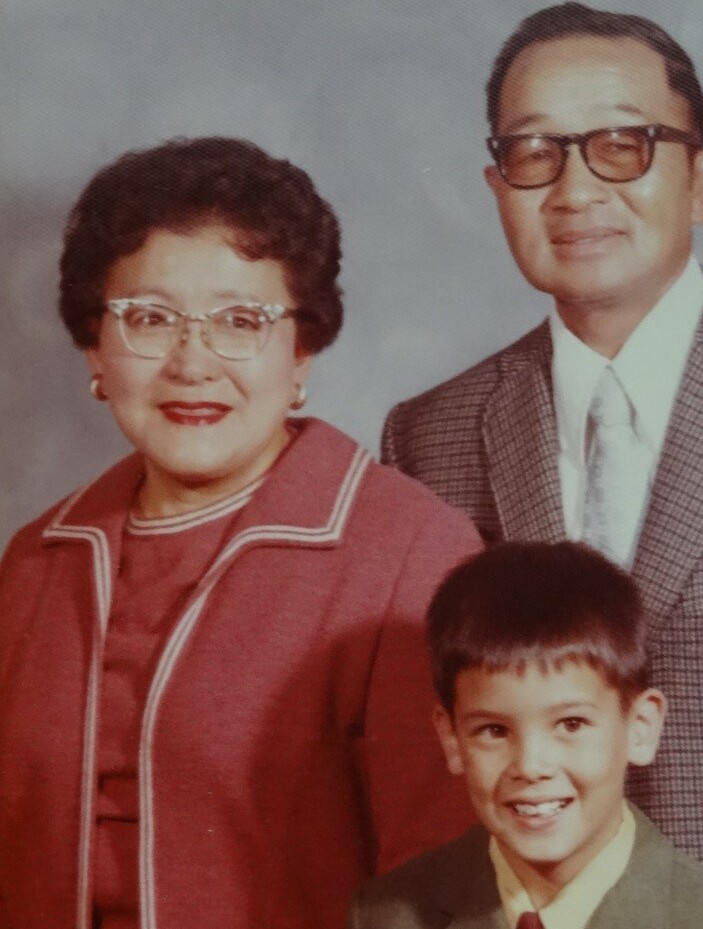 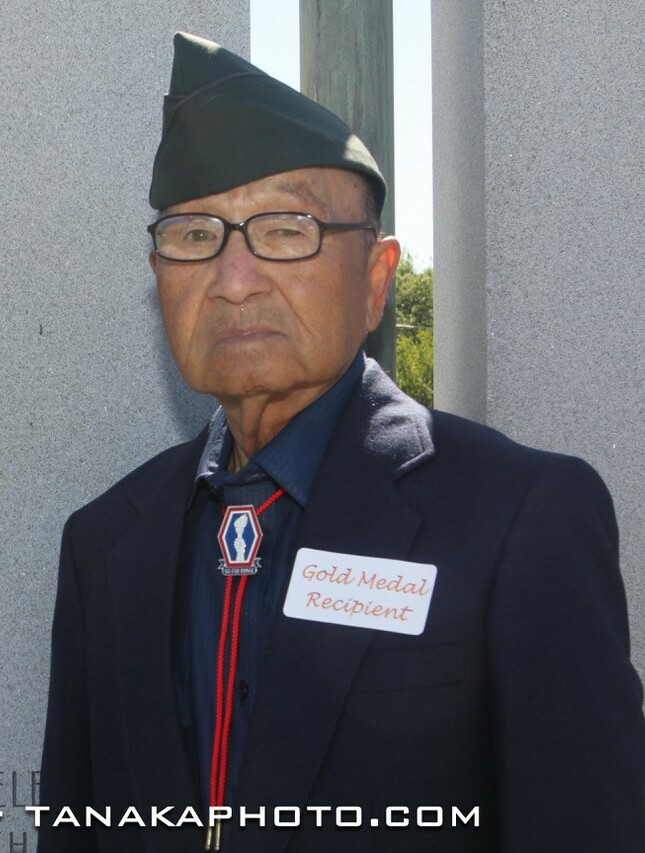 On November 20, 1924 in Livingston California, Iwazo and Fusa Tanaka happily welcomed their  third child Thomas Ryo Tanaka in the world.  He grew up in a humble surroundings supporting the family farm.  Growing up in this environment made him a very strong person and prepared him for a long and purposeful life.  He learned to care about life and living things whether they be plants or animals, he would often tell me about the times he would have to live and sleep  in the chicken house and care for the baby chicks.

When WW-II broke out, the family found themselves considered to be enemies of the United States and were forced from their farm in California and relocated to internment/concentration camp Amache located in the southeastern part of Colorado in the extremes of winter and summer weather conditions complete with barbed wire and armed watchtowers.

The local farmers in the area of the camp were very surprised of the experience and hard work that  the people in the camp  brought to their community and land that was once thought to be not suitable to raise crops soon gave way to bountiful harvests, so much so that the region was supplying most of the food to feed the other internment camps. Tom was very involved with helping to work and produce food, he looked at it as a sense of duty even though he was not considered a US citizen, it spoke to the attitude that the camp people had of taking the high road considering the circumstances of the times.

In 1943 the day after his High School Graduation form Livingston High School via Camp Amache, Tom enlisted in the US Army, he knew the the only way that he could help his family and get the country to acknowledge his loyalty was to serve and prove to the US that his dedication and loyalty to the US should have never been in question.

After boot camp at Camp Shelby in Mississippi, Tom found himself on a ship bound for Tripoli and on to Italy to fight and liberate Europe from the Nazis.  He was an infantry scout in the US Army 442nd combat regiment team, which by its very nature was a position of high fatality, he spoke of being among the first soldiers to cross the Arno river and liberate Florence from the Germans.  He was injured in Italy and was hospitalized until he recovered and was once again fit for duty. He was sent to France to fight and support the Battle of the ‘Lost Battalion’, it has been hailed as one of the fiercest, most heroic ground battles in American military history. He help to liberate the French towns Bruyères and Biffontaine From the Nazis, he would often tell of General Eisenhower presenting citations to the 442nd/100th for their acts of bravery and heroism on the battlefields in the European Theater.  He was wounded again and received his second Purple Heart and after he recovered he was discharged and sent back home to the US and proved that he was always a citizen of the United States and should never have to have his loyalties to the US  ever questioned again…

After the war Tom eventually settled in Denver Colorado and was  working in grocery stores and eventually ending up in his Career job working as a meat cutter in the commissary at Lowery Air Force Base.  He was active in the Japanese American community around Denver and would Eventually meet his wife Macey Ono.  They were a good match because she was a nurse, hair dresser and eventually a teacher and caring for and serving others was in their nature.  The were married on June 6, 1959 in Denver and they bought their lifelong family house in Northwest Denver area.

In January of 1966, they would welcome and adopt their only child Rodney K. Tanaka and focused their Love and Care to raising him.  They were very special parents in recognizing at a very early age that Rodney had an affinity and gift for music.  They devoted all of their efforts in supporting him to be able to share his gift for music to the world, even though they were not musicians themselves.

He started his Gardening business “Uncle Tom’s Gardening Service” and would work evenings and weekends, Power Raking and taking care of lawns for people.  He was also very dedicated to the family garden and would raise many fine crops every season that would be canned or made into many fine traditional Japanese food dishes.

He retired from the commissary in the mid eighties and fulfilled his role as a dedicated husband caring for Macey as her health was beginning to decline at that time.  He never walked away from duty whether it be on the battlefield, farm, meat department or as a husband.

In July of 1999 Macey passed away at the age of 74 and Tom now focused his energy and creativity on his Arts and Crafts skills mainly working on Copper Jewelry from technics and designs that he learned from a farmer and Coppersmith in Italy during WW2. He experience first hand the benefits that copper bracelets and rings had for some people in helping to relieve pain from arthritis.  He spent countless hours in his workshop/studio making jewelry and selling them at the Simpson United Methodist church Arts and Crafts fair, he became a fixture at that annual event.  He also was very talented in making traditional Japanese pickles and would eventually end up making many jars of pickles that he would sell at the fair along with his jewelry.  He was very serious in the tradition of  Japanese food recipes and they became legendary, he helped to preserve and make sure that those recipes would not be forgotten and that future generations could enjoy and experience of the passed down traditions, he was “all that and a jar of pickles”!

In May of 2012, Tom was honored with the US Congressional Gold Medal.  The Medal is the highest civilian award given by the US Congress, some of the the notable recipients of this award are Rosa Parks and Dr. Martin Luther King Jr. , Tom was proud that he could be recognized and in the company of such people who defended freedom and had the courage to challenge anything that stood in the way of freedom.  It was very nice that Tom lived long enough to be awarded the Medal in person and on behalf of his fellow comrades of the 442nd who died in battle, he never forget his friends and would make it a point to remember them on all of the major holidays honoring those who served.

The final chapter of his life was filled full of hard work and dedication, he never lost sight of his duties and responsibility.  He was still driving Safely until he was 94 and it was amazing to see him drive about town in his Chevy Pickup which he proudly enjoyed and used as a part of his duty.  He was very dedicated to his yard and garden up until a year before his passing and made sure Rodney would carry on the tradition of caring for the household.  One of the biggest joys of all of his life was Fishing and in his free time he would go and catch many fish, his fishing tales were all true!

On the morning of March 6, 2022 he passed away at home from a heart attack.  It was very important to him to be at home and I am happy to report that his passing was peaceful and that he went quietly.  He was respectfully taken out of the house draped with the American Flag and was able to know that his departure was with dignity and respect that he earned his whole life.  While it is very sad that he is no longer physically with us it it comforting knowing that we are all able to witness him competing his life, he finished what he was put on this earth to do.  He deserves the title of being a member of the “Greatest Generation Club” and if you need an example of what that means, look to his life and actions.

He can now join Macey, his Comrades, family and friends, their combined love and spirit will continue to help and support all of us and help us to be good people and fulfill our purpose here!

May you Rest in Peace Thomas R. Tanaka