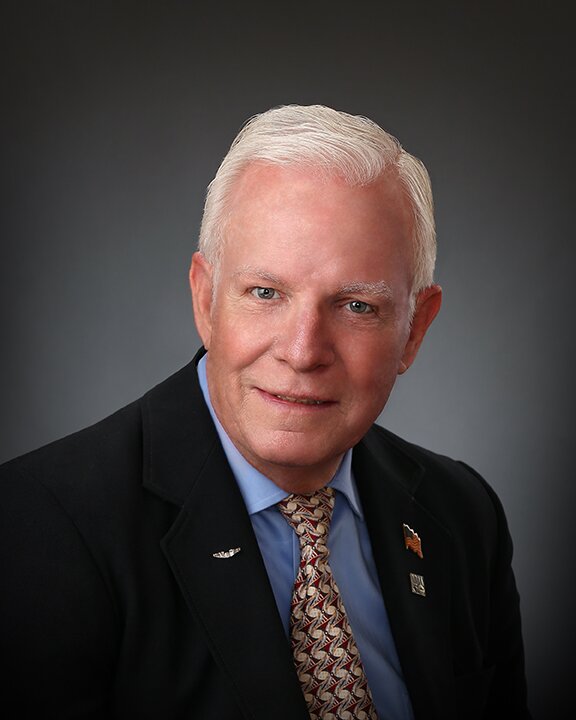 On February 21, 2022, Lt. Col. Charles (Chic) Myers, Ret., loving and devoted husband, father, grandfather, friend and soldier went to be with his Savior at the age of 77.  Born in Greensboro, NC, December 18, 1945, he was the youngest of 3 children.  After high school and earning his Eagle Scout Award, he entered the military.

Chic was commissioned 2d Lieutenant in the United States Army on November 7, 1967 and retired from the Army February 2, 1992. He completed two combat tours in Vietnam and commanded a battalion in the First Infantry Division in Desert Storm. He truly loved serving with the countless soldiers and civilians here and abroad and continued with the Veterans of Foreign Wars (VFW) in his very active retirement.

He was a pilot and started two companies, Integrity Air, llc and Executive Aviation Services, llc providing business aviation services to companies in the Southwest.  He was selected to serve on the Colorado Springs Airport Commission and the Colorado Aeronautics Board, division of CDOT.

Chic is survived by his wife Carolyn.  Together they adopted seven children from around the world and gave them the Myers family name, United States citizenship and the opportunity for a new life in America.

After a life of service and devotion to God, his family and his country, Chic’s remains will be interned at the Pikes Peak National Cemetery in Colorado Springs. A memorial service with honors will be held at a date to be announced.

In lieu of flowers, donations may be sent to the Gary Sinise Foundation (garysinisefoundation.org) which offers support and services to active military, veterans, first responders and their families.