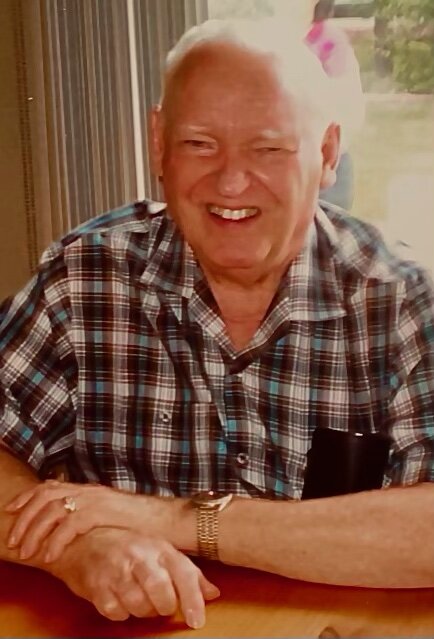 On Friday, January 28th, 2022, Robert Sidney McNitt Jr., loving and devoted husband and father of 8 children, passed away peacefully at the age of 89.

Robert was born on October 18th, 1932 in the Village of Reading, Michigan to Robert McNitt Sr. and Ethel (McDowell) McNitt. He enlisted in the United States Air Force and served 22 years in the service of our country, retiring in 1973 and calling Colorado home. After the military, he spent the final years of his career with the United States Postal Service, retiring in 2000. On January 7th, 1955, he married the love of his life Geraldine Piccolo. They spent 67 years together raising 6 daughters, Rita, Kathy, Linda, Chris, Laura, and Theresa, and two sons, Robert and Shawn.

Growing up on a farm in Michigan, Robert developed a knack for troubleshooting and fixing things. He leveraged those skills throughout his life and career whether it was repairing or maintaining equipment for the post office or working on his cars. He also had a love of auto racing and often enjoyed watching his favorite drivers compete on Sunday’s televised races. Another of his loves was horses and horse racing. He often told stories of his horses growing up on the farm and enjoyed watching races on TV. When the races weren’t on he could also be found watching professional or college football. And when time permitted, he enjoyed being outdoors hunting and fishing, sharing and passing on his passion to his children. Robert was known for his remarkable ability to remember detailed events about his time in the military or working for the post office and shared those often. Being an avid reader, he also loved to share things he learned from books and magazines with his family that he found to be helpful.

Robert was preceded in death by his father Robert Sr, his mother Ethel, his sisters Barbara, Carole, and Claudine and his son Dan Patrick. He is survived by his wife Geraldine and his brother Ben, A loving father of Robert, Rita, Kathy (Jeff), Linda, Shawn (Sarah), Christine (Tony), Laura, and Theresa (Dave), 12 grandchildren and 6 great grandchildren.

In lieu of flowers, donations may be sent to the Gary Sinise Foundation (garysinisefoundation.org) which offers support and services to active military, veterans, first responders and their families.