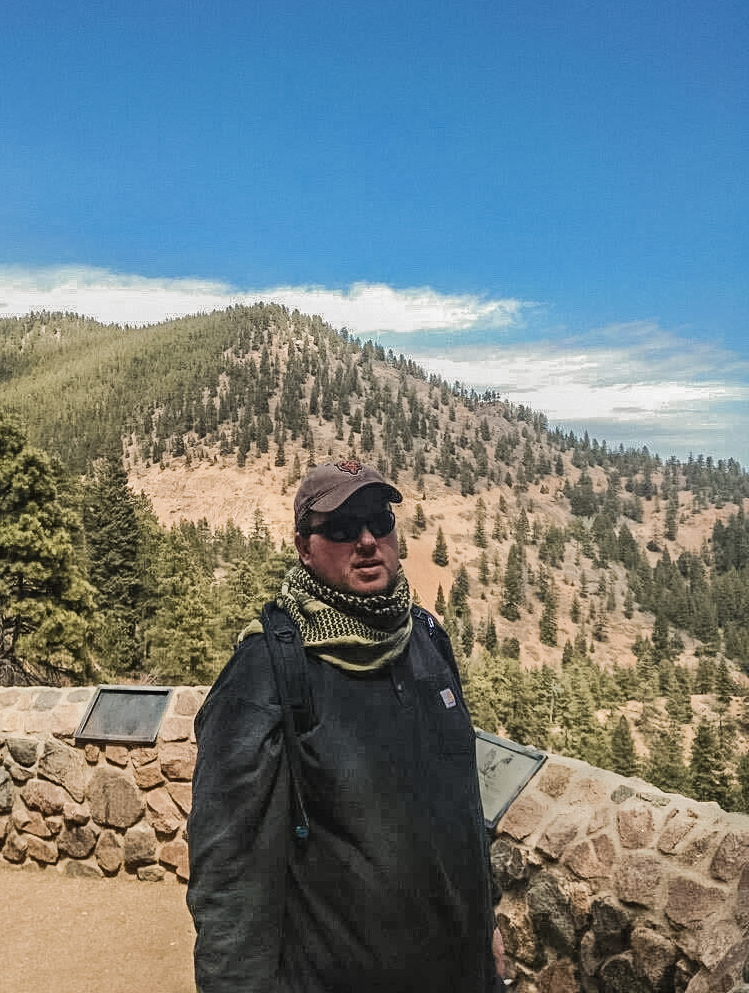 Douglas J. Furlan—beloved husband, devoted father, son, brother, uncle, nephew, cousin, friend, soldier, battle buddy, co-worker, and veteran—passed away on January 15th, 2022, in Colorado Springs, where he lived with his family. He was 45. He is survived by his wife Nicole (Gorcowski) Furlan of 22 years; his children Abigail (Abby) and Thomas (Tommy) Furlan; his parents, Thomas Furlan and Mary Lou (Hinsberger) Furlan; his sister Laura Furlan and her wife Lisa Abrams, and their two children, Miles and Oliver Abrams.

Doug grew up in Lansing, Illinois, and graduated in 1994 from Mt. Carmel High School, a private all-boys Catholic School located in Chicago. Doug’s childhood dream came true when he enlisted in the U.S. Army in 1998 as an 11C, Indirect Fire Infantryman (Mortar); and was stationed at Fort Carson with the 4th Infantry Division, 1st Battalion, 12th Infantry Regiment until 2001, when Doug completed his required active service. Doug was recalled to active duty in 2004 and assigned to the 146th Transportation Company out of Ogden, Utah. He served at Camp Taqaddum, Iraq, from June 2005 to June 2006. His company delivered fuel to combat units in/around Ramadi and Fallujah. Even though Doug’s primary specialty for the deployment was 88M (Motor Transport Operator), his experience from active duty as an 11C (Infantryman) was invaluable. Doug worked as both a machine gunner and a fuel driver while serving in Iraq. He could do it all!

After the war, Doug settled into civilian life by working in the field of early childhood education as a Transportation Technician with Primrose Schools and CPCD Giving Children a Head Start. Doug and Nicole started their family with the arrival of Abby exactly one year and one week after Doug came home from Iraq. They were blessed again seven years later with the birth of Thomas Richard, who completed their family. Doug loved his dogs, Brad and Annie, and before them, Edgar and Raven. For the past ten years, Doug worked in IT and most recently received a promotion to PC and Network Technician at CPCD Head Start, a job that he loved.

Doug had a larger than life personality, always told a great story, and had an unmistakable laugh. He was a history buff and a bonafide Star Wars/comic book “nerd.” Doug may have moved away from Chicago but the city never left him: he was a dedicated Bears fan and loyal Blackhawks fan his whole life. Colorado was his adopted home, and a trip into the mountains was a favorite pastime. Being a teenager in the 90s, Doug embraced everything about 90s grunge, from the music, the flannel, the combat boots, and the concerts! He was a true music lover, and it was completely normal to find Doug baking his homemade Thanksgiving apple pie while listening to Pearl Jam, Rage Against the Machine, or Metallica.

The world is truly a dimmer place without him, and he was loved by so many! Doug will always be remembered, and he may be gone, but definitely not forgotten. See you on the other side!

We honor the life of Douglas J. Furlan at Pikes Peak National Cemetery, 10545 Drennan Road, Colorado Springs, CO 80925 on February 18, 2022, at noon. This brief service will include military honors. Please refrain from sending flowers to the cemetery. Donations can be made to his family at https://gofund.me/94561d06.

Share Your Memory of
Douglas "Doug"
Upload Your Memory View All Memories
Be the first to upload a memory!
Share A Memory