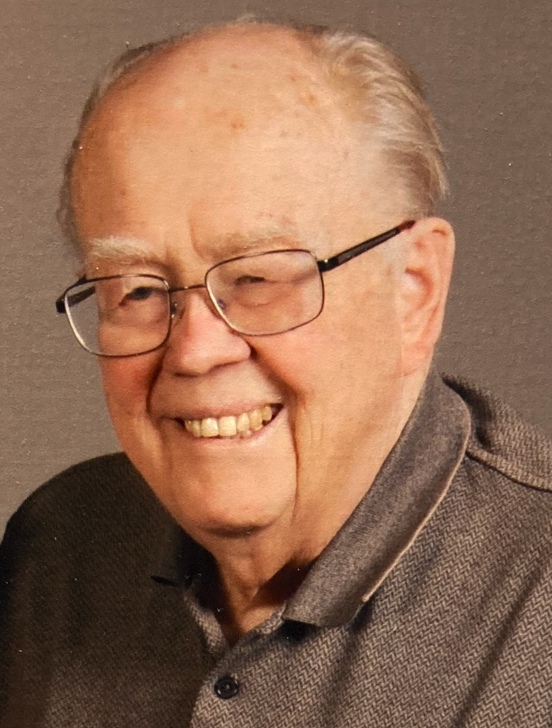 Robert J (Bob) Richardson was born on Feb. 19, 1927 in Fort Wayne, IN. His family moved to Denver when he was four years old. He attended public school in Denver and graduated from South High School in June of 1944 and immediately joined the Army.

Following his discharge in Oct of 1946, he entered CU Boulder and studied electrical engineering. Upon graduation in 1949 he was employed by Standard Oil where he worked for ten years, including six years in Venezuela. He returned to CU where he earned an MSEE degree, graduating in June of 1961.

He was then employed by Martin Marietta Aerospace in Denver, where he won numerous awards and published several papers in technical journals. He retired in 1992.

He married Allene Kight in 1964. They have two sons, Jim and Craig. Craig was diagnosed at an early age with autism, a life-long disability. Bob and Allene were strong supporters of the Autism Society of Colorado (ASC), and the ASC office was in their home for 23 years. Bob was also on of the founders of Chestor House (now Overture), a Boulder County agency that provides residential services to adults with autism and other developmental disabilities.

Bob enjoyed outdoor activities such as hunting, fishing and skiing, and he remained active well into his 80’s. He is survived by his wife Allene, children Jim and Craig, and grandchildren Matthew and Katherine.

In lieu of flowers, donations may be made to the Autism Society of Colorado, PO Box 848, Broomfield, CO 80038 autismcolorado.org/donate-to-asc, or to the Colorado Therapeutic Riding Center, 11968 Mineral Road, Longmont, CO 80504 ctrcinc.org/becomeasupporter