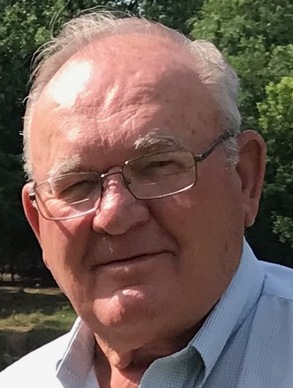 Rick was born September 24, 1945 in Moberly, Missouri, the fourth son of Mont William Ward and Charlotte Loraine (Wilhite) Ward. On July 11, 1965 at First Baptist Church in Huntsville, Missouri he married Susan Leslie Hedges who survives of the home.

Rick graduated from Westran High School, class of 1963, taking a job with Norfolk-Western Railroad for one year until he was employed by Peabody Coal Company. Rick was drafted into the US Army in 1967 serving 2 years active duty. After receiving an Honorable Discharge from the US Army, he returned to Peabody Coal Company retiring after 25 years service.

Rick's retirement included farming in Colorado and consulting for mining companies in Colorado, Kentucky and Alabama. In 1996 Rick and 2 partners opened TS Landfill and added Bruin Waste Management. They sold the companies in the spring of 2021 which provided him more time on his Missouri farm with family and friends.

Rick was named Citizen of the Year 1992 in Nucla, Colorado; he was a member of First Baptist Church, Huntsville, MO; he loved playing poker with his lifelong buddies in Missouri and driving his tractor. Most of all, his enjoyment came from fishing with family and friends, especially his grandchildren, teaching them his special techniques and tricks.

Rick had a reputation as an intelligent, hardworking, dedicated employee and leader. He had a strong work ethic, seasoned with a kind giving attitude which produced a life of loyal friends.

Life for those who knew and loved Rick will never be the same, but we take comfort in God's promise that we will be blessed with his presence again. John 16:22

To send flowers to the family or plant a tree in memory of Richard "Rick" Ward, please visit Tribute Store

Share Your Memory of
Richard "Rick"
Upload Your Memory View All Memories
Be the first to upload a memory!
Share A Memory
Send Flowers