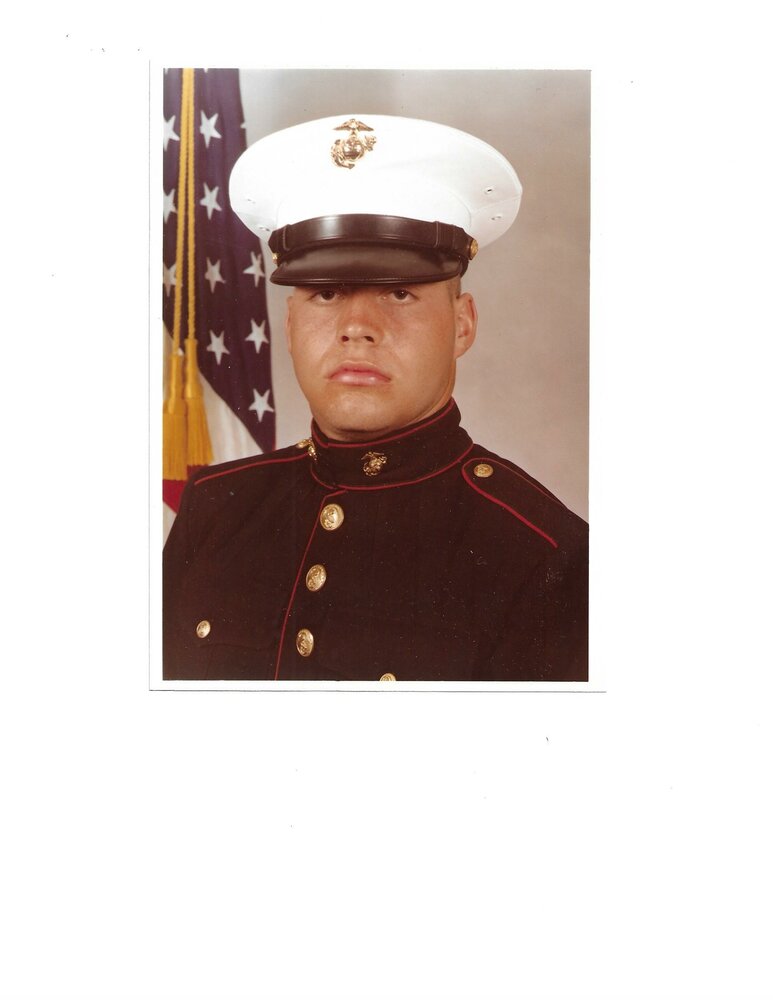 He was the son of Robert and Eugenie Milan Allord.

Barry graduated from Westminster High School and joined the Marine Corps in 1980.

Barry was a gifted actor and performed regularly in Community Theater.

He was preceded in death by his father Robert, and his sister Angela.

He is survived by his mother Eugenie, his sister Kereen Happe and brother-in-law Mike Happe.  Also by his aunts Loretta Fox, Martina Milan, Pat Hitchler, and numerous cousins.

He is buried at Fort Logan National Cemetery in Denver Colorado.

Share Your Memory of
Barry
Upload Your Memory View All Memories
Be the first to upload a memory!
Share A Memory