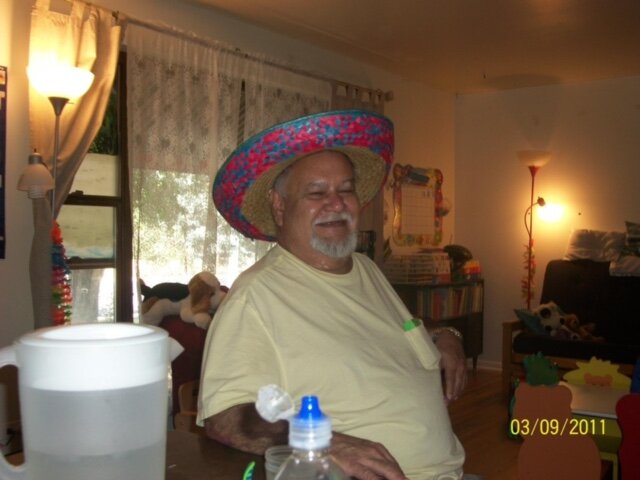 David Garcia was born to Josephine Garcia Mijares on November 26, 1947. He was the youngest child born to Josephine and spent his formative years with her. His siblings were Juanita, Consuelo, Philbert, Ralph, Virginia (Michelle), and Anthony. David served in the Army as a Private, First Class and spent time in Vietnam before being honorably discharged and returning home.

David surrounded himself with those he loved and did everything in his power to be supportive and helpful. He maintained close relationships with his favorite cousin, Paul (Bob) and spent many great camping and fishing trips together with him as well as with Roberta and Paris, and their family.

At one point or another, he helped to house several of us family members. He took us in, took care of us, and helped us to become more independent. At one point, he had Roberta & Paris with their girls, my mom, myself and Dionizio with our oldest son, Danseh, all living with him.

He loved his movies; Star Trek being the ultimate, as well as his music. Most weekends would find Uncle sitting at his kitchen table with a Star Trek movie on the tv, the speakers blaring James Brown, and a pile of dominoes or game of Monopoly with a massive pot of beans and chile on the stove. He laughed often, was a prankster, loved working on his vehicles and driving through the mountains to meet the rain anytime he washed a car. He always had at least one pet he adored and he was born an avid Broncos fan.

He went through some very hard times and lost nearly everything he had. He never gave up, though. He got up every day, went to work, and kept trying until he finally retired. He came to live with us and stayed until his passing. He had the best laugh, the silliest jokes, pulled the craziest pranks and kept us all in tears of laughter. He stood by us and gave whatever he could to help, never once complaining or grumbling. However, we will all remember the year when his birthday fell on the day of Thanksgiving and all he wanted was a Mexican Hamburger, not a stupid turkey and wouldn’t let us forget that!

Uncle spent the last few years battling diabetes and fighting to come off medications before finding out he had developed kidney disease. The diagnosis shook him, and all of us here at home. He fought. He wanted most to be surrounded by family, those whom he loved and loved him. He worried about how we would handle his passing and did not want us to struggle. He came home to be surrounded in love and to be comfortable as he passed. We had many hard conversations and the most difficult of all was regarding faith. In his final day, he called out for forgiveness and went home in peace. He passed away on September 25,2021 at 2:35 a.m. He is deeply missed.