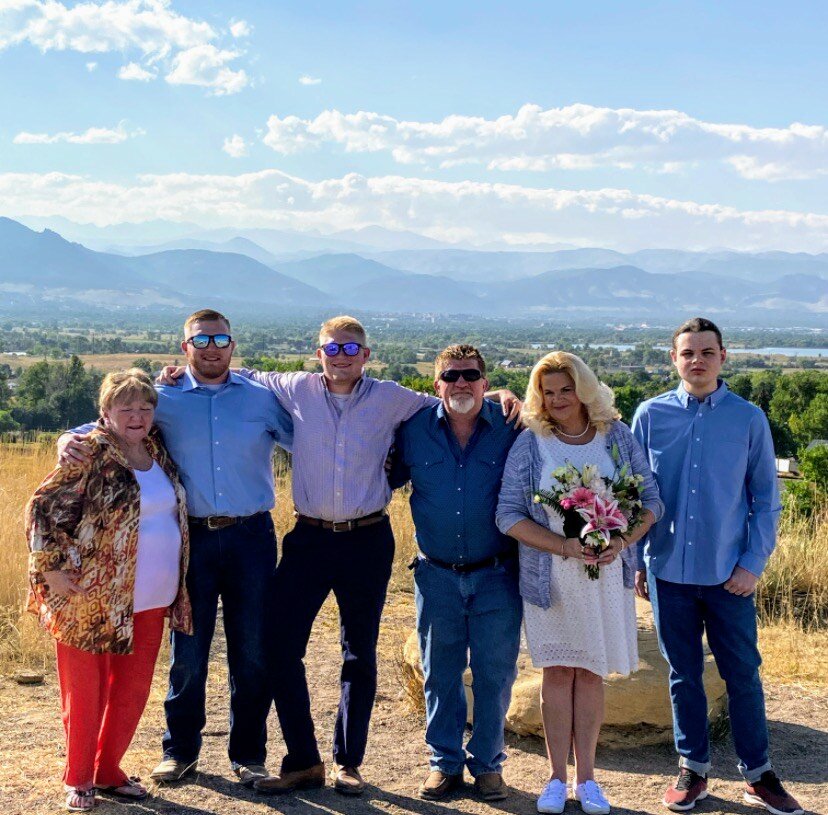 Todd spent his childhood in Collinsville, Illinois, and attended Collinsville High School. Todd received his GED in 1985 and shortly after made the life decision to move to Colorado. Todd worked a handful of jobs, most notably working as a ski instructor for a few years, before finding his true passion of driving trucks. Todd eventually married and welcomed his firstborn son in 1996 and his second-born son in 2000.

Todd began his truck driving career in Colorado with Pioneer in Broomfield, Colorado. Todd spent 12 years with Pioneer before accepting a job with Colorado Materials in Longmont, Colorado. Todd spent a handful of years with Colorado Materials and ended his career with Permagreen, where he spent the last 12 years. Todd enjoyed the endless number of scenic views while working in his mobile office, most specifically his trips up to the Black Hills of South Dakota.

Todd greatly enjoyed spending time with his sons, which included attending their football games, other sporting events, or any other extracurricular activity. Todd was their biggest fan as he would proudly attend their high school games with custom-made sweatshirts. Todd was able to continue watching his son play football and would frequently make the trip up Gunnison, Colorado to watch his oldest play at the college level. Todd picked up the relaxing hobby of riding his motorcycle. The ongoing joke will live on that Todd’s motorcycle was his girlfriend! Todd spent hours riding in the sunshine or upgrading his motorcycle which ultimately led him to attend the Sturgis Motorcycle rally in South Dakota. Attending the Sturgis Motorcycle rally was Todd’s cloud nine and a life goal of his.

Todd reconnected with Jennifer in 2017, but the two have known each other since grade school. Jennifer eventually made the move to Louisville, Colorado, with her son. Todd and Jennifer made a life decision together and bought a home in Frederick, Colorado, and started to make a life for themselves. Todd was so proud of the house that he and Jennifer had made into a home that he would frequently invite his sons over for dinner! Todd and Jennifer continued to navigate through life together and got married on September 19th, 2021, with close friends and family at an open space in Louisville, Colorado. Todd was so proud and happy to marry Jennifer that he would often refer to her as his wife and would wear a wedding ring long before their wedding! Todd and Jennifer were soulmates and loved doing life with each other.

Todd was extremely excited to be a grandpa and was able to experience this through his oldest son, Cody, his girlfriend, Ashtyn, and her son, Houston. Although Houston was not related to Todd by blood, Todd sure loved him like he was his own. Todd and Jennifer spoiled that little boy with tons of love and gifts and would even call Cody just to speak with Houston. Todd was so excited to spend time with Houston, and be a part of his life, as he insisted on being called Papa Todd and Jennifer being called Nana Nifers! Houston greatly enjoyed his swim lessons, TV time, and playtime with Papa Todd. Todd loved that little boy, and he will be greatly missed by Houston.

Todd was extremely proud of his son’s accomplishments and was not afraid to share them with the world. Justin is expected to graduate from the University of Northern Colorado in May and pursue his master’s degree. Whereas, Cody is serving as a Police Officer for a small town in Colorado. Todd loved being a part of his son's lives, as he would frequently call Cody and Justin wanting to hear what their weeks consisted of, as well as offer any piece of advice. Todd would continually joke with Cody that he would speed through his jurisdiction and Cody would not be able to catch him! Todd’s sons were his pride and joy, and he was not afraid to let anyone know.

Todd would not shy away from meeting new people or striking up a conversation. Todd greeted everyone with a smile and strived to find something they shared in common, and would even often share a laugh with them. His smile and laugh will surely be missed by all, but they will live on forever. Todd’s family will be holding a celebration of life for him on Saturday, November 13th at 11 a.m. at 7781 Mountain View Drive, Frederick, Colorado. The family is asking for donations to support Cody Powers, Justin Powers, and Christian Parker, in lieu of flowers.

Todd will be greatly missed by family and friends, and anyone who had the pleasure of meeting him.

Share Your Memory of
Todd
Upload Your Memory View All Memories
Be the first to upload a memory!