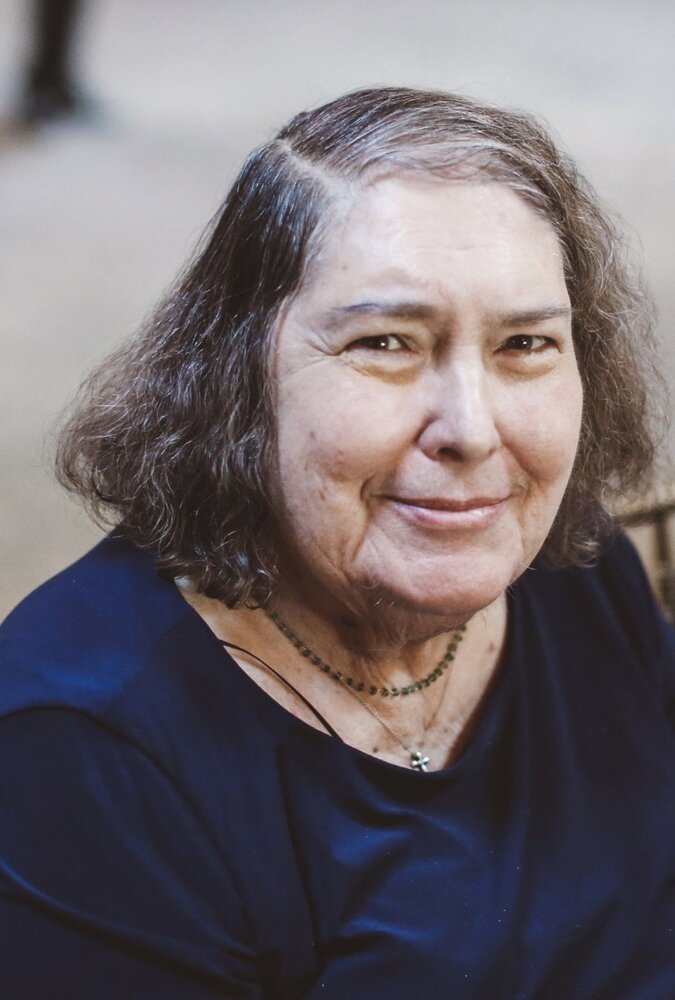 In 1982, with her husband already overseas for his latest military assignment, Joann Freeland took the lead. She packed their belongings, sold their house, and transported their four children—first on a cross-country road trip, and then an airplane—to reunite the family in Suffolk, England. That remarkable achievement demonstrates the strength that defined Joann, as a person and a mother. It was one of many characteristics she developed as a child in Newport News, Virginia.

Joann’s memories of growing up on the Virginia coast in the 1940s revolved around Sunday morning walks to church, family dinners followed by devotionals, and twice-weekly prayer meetings. In the summers, she, her parents and her two brothers would attend Baptist revivals together, and there was an emphasis at home on putting God before all else. Joann, born in North Carolina to a welder and a homemaker, carried that philosophy throughout her life, teaching her brood that JOY was a simple acronym: the way to happiness was to put Jesus first, then others, then yourself.

She showed that belief through her continued devotion to church, and also her desire to help others. This passion was what drove her to a career in nursing, which, in turn, led her to her husband, Douglas. In 11th grade, she joined the Future Nurses Club at her high school; after a few years of work, she enlisted in the Air Force as a 1st Lieutenant. During her initial assignment at Columbus Air Force Base, Joann met Doug at the Officer’s Club. He bought her a drink from across the room, they were married just two months later, and expanded their family soon after.

As they crisscrossed the continent and made the move to England for their military service, they found a new church family wherever they went. In these settings, Joann’s love for others shone. From Mississippi to California, North Dakota to Nebraska, Indiana, England, and, finally, Colorado, she could be counted on to deliver a bowl of her bubbling macaroni and cheese to families facing hardship, or to contribute her famous German chocolate cake for bake sales. She had stacks of cookbooks and frequently showed her care through food.

Together, the family made homemade pizzas, and enjoyed treats like sour cream coffee cake and chocolate chip cookies—with the children often sneaking bites of dough from the bowl. Everyone was excited when they walked through the door to be greeted by the familiar smells of Joann’s baking. She made birthdays and holidays special: each family member got their favorite meal and dessert on their day, and they eagerly awaited the Christmas treats that stayed on the menu year after year. Once, she helped her two youngest children make a gingerbread house from scratch. She didn’t really enjoy the experience, it was difficult, and messy, but it was a day the girls wouldn’t forget. The Southern dishes Joann had grown up with made appearances as well—most notably every New Year’s Day, when she told her kids to eat their black-eyed peas and ham hock for good luck throughout the year.

Joann was generous with her time—helping her children study spelling words, volunteering with Girl Scouts—and with gifts, often jewellery and collectibles. She gave even when she had little. Her affection extended to animals too; specifically, cats. Joann went from caring for neighbourhood cats as a child to having more than a dozen of her own over the years, and she believed felines were some of the best friends one could have.

The family meals and memories continued for more than 50 years, until Joann was affected by dementia. Doug faithfully cared for Joann as long as he could; she then moved to a home that was able to provide additional medical care. Though no level of support can combat the end stages of this disease, Joann’s family—she is survived by her loving husband, her four children, and her six grandchildren—will remember her as she was before her illness. If you’d like to join them, services will be held at 11:30 a.m. on Tuesday, November 23 at Community of Grace in Centennial, Colorado. If you’re not able to be there in person, there’s another fitting way to honor Joann . . . Bake a cake. Make some cookies. Share them with someone you love, or someone in need.

Contributions in Joann’s name can be made to the Denver Dumb Friends League.

Share Your Memory of
Joann
Upload Your Memory View All Memories
Be the first to upload a memory!