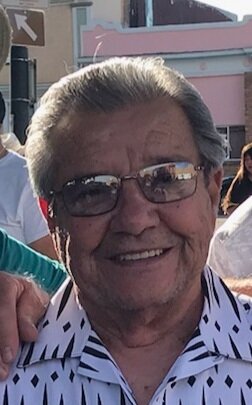 On October 13, 2021, Paul F Sanchez was called home after a hard-fought battle with COVID-19. He passed away at the age of 82, peacefully surrounded by the love of his children and grandchildren. He was born in Denver, Colorado on September 27, 1939 to Daniel Sanchez and Mary Adella Sanchez (Lucero).

Paul was a proud US Veteran who served in both the Vietnam and Korean war.  Paul served in the US ARMY USAR Control Group (annual) XVI US ARMY CORPS from August 1959 - August 1961 and was honorably discharged as a Marksman (Automatic Rifle) Expert (Rifle) and Canine Trainer. Paul also served in the US Navy (USS Fechteler DD-870) from November 1968 - August 1970 and was honorably discharged with decorated medals. Vietnam Service Medal with 3 bronze stars- National Defense Service Medal- Republic of Vietnam Campaign Medal with Device (1960-) - Navy Unit Commendation Ribbon.

Paul will be greatly missed by many as he left a memorable impression on everyone he met.