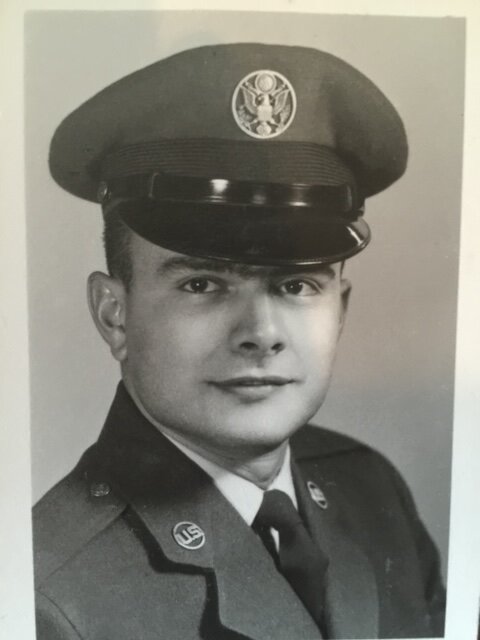 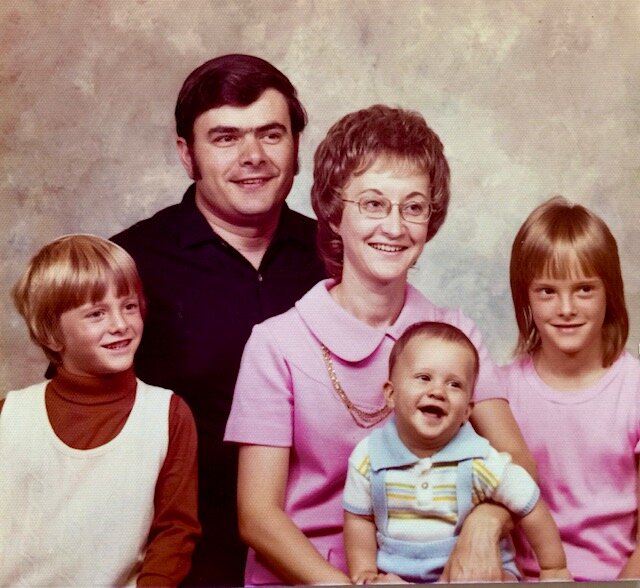 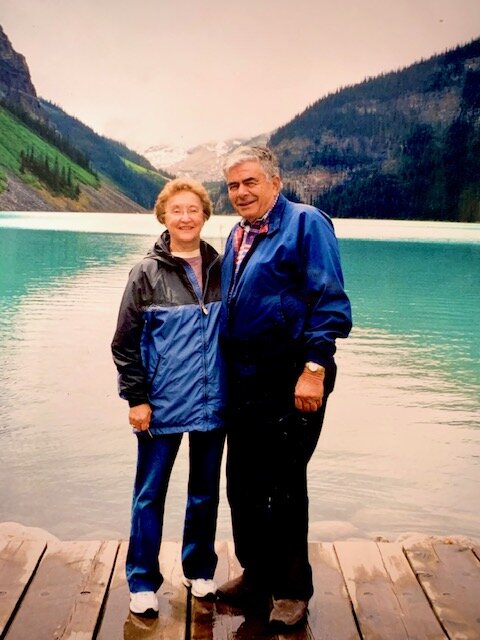 At his home in Erie, Colorado, Lou Cozza, 84, peacefully finished his race September 23, 2021, just minutes after all of his children and wife said one final “Goodnight”.

Born April 10, 1937 in Milwaukee, Wisconsin, Luciano Anthony Cozza was eldest of the 6 children of David, also born in Milwaukee, and Rosetta (Mancino) Cozza, who was born in Naples, Italy. Following a family move to Arvada, Colorado, Lou graduated from Holy Family High School in 1955, worked as part of an emergency medical team, even delivering a baby, and in 1960 enlisted in the United States Air Force. After serving 2 years at Adair Air Force Station near Corvallis, Oregon, on October 6, 1962 he married his sweetheart, Janet Margaret (Lhotak), whom he had met through his sister, Annette. The couple then returned to Oregon where Lou, as an Airman First Class, served at the SAGE “block house” until his honorable discharge in 1964, six months after the birth of their first child, Cathy.

While serving two years in the Air Force Reserves, Lou’s outstanding performance as a restaurant manager earned him a promotion to managing a chain of Red Barn Restaurants and a move to Great Falls, Montana where their second child, Mark was born. Another corporate transfer lead to a brief move to California before returning to Colorado for the birth of their third child, Chris. By the late 1970’s, Lou was ready to pursue his dream as a Cattleman-Rancher-Farmer, so the family purchased a home on acreage in Erie, Colorado. To subsidize his ventures, over the years Lou trucked in landscape boulders from Wyoming, served the local school district by driving school buses, and eventually drove motor coaches for Powder River, all while raising Limousin beef cattle and developing, owning and operating a dairy on the family property. In addition to raising other domestic livestock and a family garden, custom haying rounded out Lou’s agricultural pursuits.

Lou’s happy place was in the seat of a tractor, enjoying the uninterrupted Front Range views from his Erie property, amidst the sights and sounds of his cattle. He proudly wore red, white and blue in gratitude and respect for the freedoms he valued in these United States. Though his Italian temper could occasionally flare, he was known to be a compassionately generous man. And ultimately his foundation for life was his faith in the grace of God coupled with his love of family and the committed care of his loving wife of 59 years.

He was preceded in death by his parents; brothers: Mario Cozza and Silvio Cozza; brothers-in-law: Norman Johnson, Michael Melotti and Jim Lhotak.

Lou’s Military Funeral Honors will take place at 12pm on October 18, 2021 at Fort Logan National Cemetery. His Celebration of Life will be held at Calvary Bible Chapel in Erie, Colorado on Tuesday, October 19, 2021 at 2pm. In lieu of flowers or gifts, the family encourages donations in Lou’s honor to Wounded Warrior Project.

Share Your Memory of
Luciano
Upload Your Memory View All Memories
Be the first to upload a memory!
Share A Memory