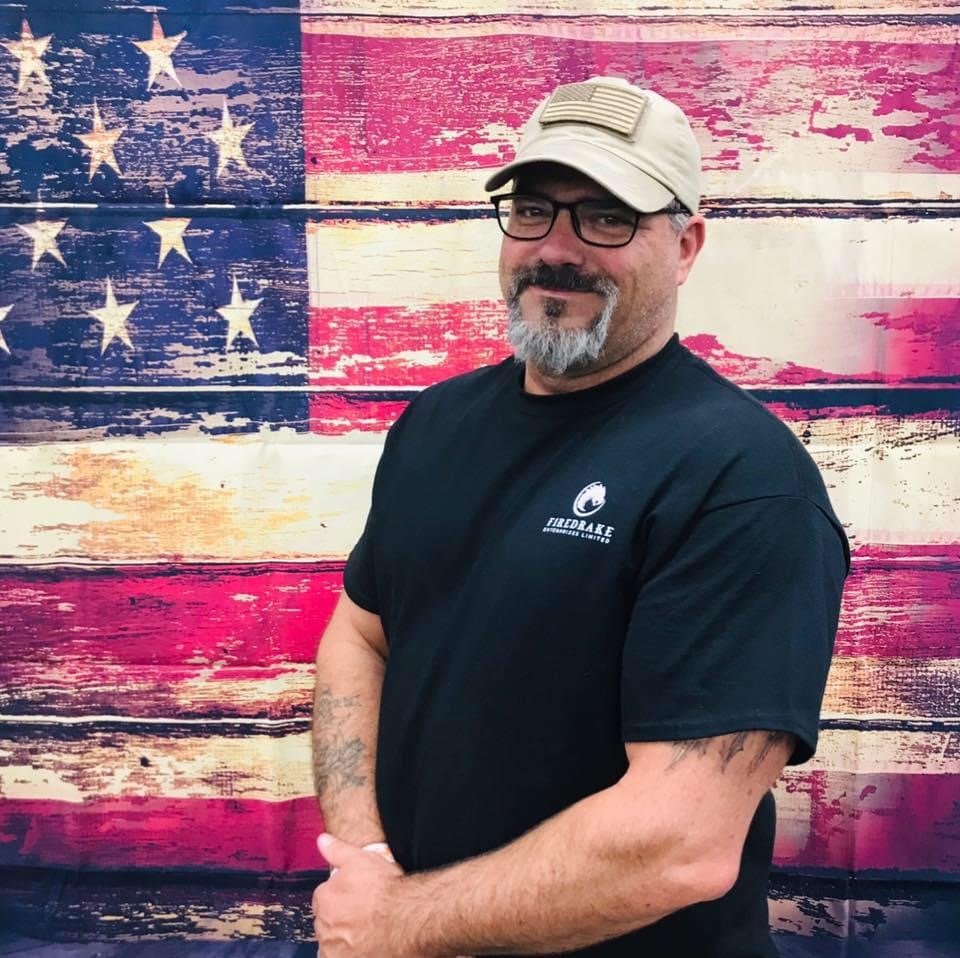 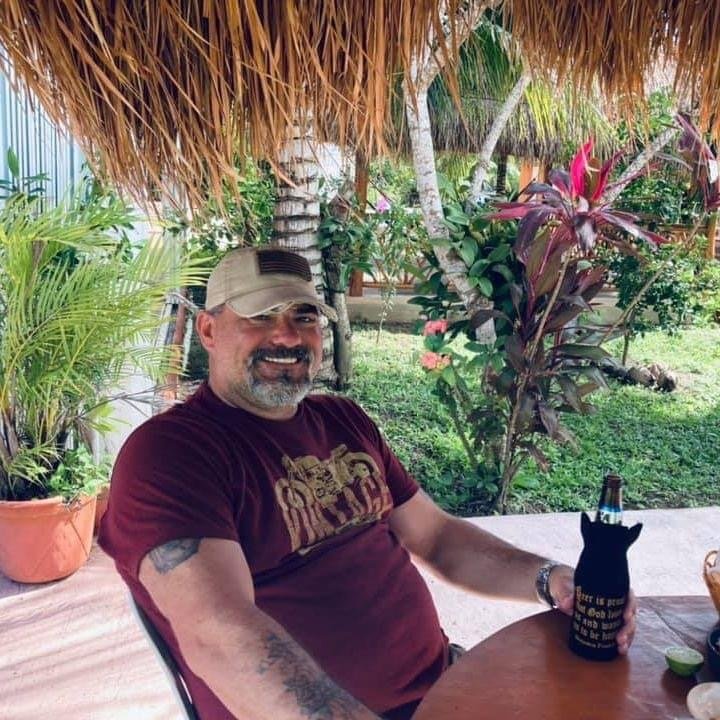 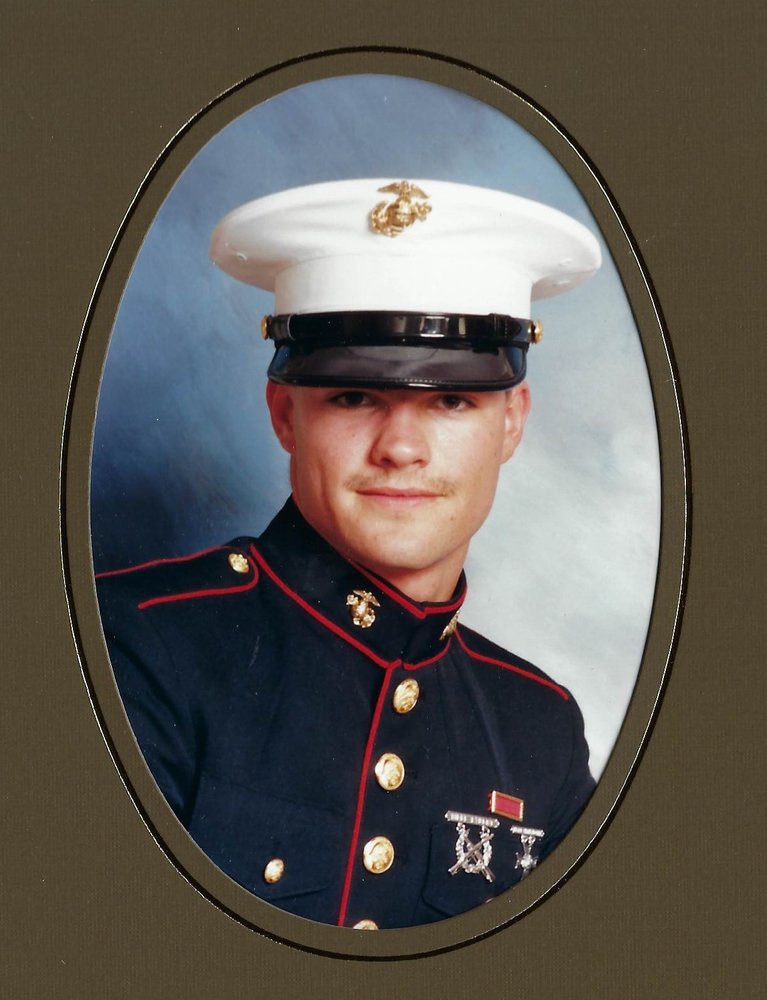 Gábor Jenö Alajos György Falvy, was born December 17, 1971 in Pasadena, California to Alice Marton Falvy and György (George) Falvy. He returned home to our Heavenly Father on June 19, 2021 in Lakewood, Colorado after a tragic motorcycle accident. All who knew Gábor know that he lived life large, loved large and was always up for an adventure and a good time. He is now riding free and living large in heaven among the stars!

Gábor grew up in Monrovia, CA where the family moved when he was 3 years old. His older sisters Andrea and Ilona alternately doted on him and terrorized him. The tables later turned as he grew to be bigger and stronger than them, however the doting and loving was unceasing between all three of them! The Falvy family was very involved in the Hungarian community in Southern California. Gábor’s weekends were filled with Hungarian school, Hungarian Scouts (Cserkészet), and weekly Mass at St. Stephen of Hungary Catholic Church. 1982-1984 Gábor attended a Hungarian boarding school in Kastl, Germany where his sisters had also attended. There he learned German, perfected his Hungarian, and definitely explored the edges of living in a medieval castle as a 10 year old! Gábor was a very active boy who kept his family hopping. From age 4  on he went to Scout camp every summer, rode horses, mastered Karate through double black belt rank, and swam in the family pool all summer! Gábor was up for any activity. Suffice it to say his high school years aged his parents who already had him later in life!

On July 14, 1993 Gábor’s life and heart were transformed and grew 10 sizes bigger with the birth of his first child Jessica Victoria Falvy. From then on his life was never the same!  His greatest loves were his children Jessica Falvy and Joshua Falvy to whom he was dedicated no matter where he was or what he was doing. Before Jessica was born Gábor started training to become an EMT so that he would be able to provide for her. By the time she was one years old he had sole custody of her and was committed to raising her with the help of his parents. After getting married in 1995 he and his first wife welcomed Joshua to the family in 1996. Gábor included his children in many of his activities and hobbies, including camping, hiking, martial arts, motorcycle riding, scuba diving and archery. The greatest heartbreak of his life was tragically losing Joshua in 2013.

Gábor was drawn to service and defending the innocent from a young age. At 15 years old Gábor started as a volunteer with the Guardian Angels (a vigilante peace keeping organization), then later enlisted in the Marine Corps straight out of high school. After Josh was born he attended the Police Academy and served as a Tulare County Sheriff’s Deputy and on the Search and Rescue team. At this time Gábor also enlisted in the United States Army as a Reservist.

As a member of the 425th Civil Affairs Battalion Gábor served with honor and distinction. During his time with the 425th Gábor completed numerous missions in Southeast Asia. In 2003 Gábor deployed with 418th Civil Affairs Battalion Charlie Company and conducted Combat and Civil Military Operations during Operation Enduring Freedom and Iraqi Freedom. While conducting Operations in Samarra, Iraq he was wounded during a car bomb attack and received the Purple Heart. Additionally, he was awarded the Army Commendation Medal for “Valor” for his actions on the battlefield. In addition to receiving the Purple Heart and the Army Commendation Medal for Valor, Gábor was awarded two Army Achievement Medals, the Army Good Conduct Medal, the Army Reserve Components Achievement Medal, the Marine Corps Good Conduct Medal, an Iraqi Campaign Medal, two Armed Forces Reserve Medals, the Army NCO Professional Development Ribbon, three Army Reserve Components Overseas Training Ribbons, two National Defense Service Medals, the Army Service Ribbon, the Korean Defense Service Medal, and the Army Combat Action Badge, as well as the Marine Corps Combat Action Ribbon. His selfless service as a Marine and as a Soldier were vital to the success of the mission.

Gábor always kept his sights on his education. While stationed in 29 Palms with the Marines in 1992 he started college classes. He continued to work towards a degree over the next 17 years and earned his Bachelor of Science in Legal Studies in 2009. Gábor then went on to earn his Juris Doctorate in May, 2015 attending Concord Law School on-line.  He achieved these milestones while also working and raising a family. Gábor’s hard work and determination culminated in passing the California Bar Exam on his first try. His incredible grit and perseverance served him well.

In 2015 Gábor moved to Denver, Colorado to start a job with the Social Security Administration reviewing appeals. He was so excited and so pleased to have a professional job using his experience and knowledge from previous chapters of his life. It was at this time that he finally started to ‘settle down’. The family saw him more frequently with visits to Billings, Montana most often, where Andrea, her family and Gábor’s mother lived.  Visits to Denver and California also brought us all together a few times a year. His family always knew that no matter how often or how little they talked, Gábor would walk over hot coals for anyone in the family if that is what was needed.

In 2019 he took a position with the USDA where he worked in the General Counsel’s office. He was so happy when in September 2020 he purchased his dream home and was building his career and his life. Naturally, he continued to ride his motorcycle, be involved in Veteran’s organizations, play rugby, do martial arts, scuba dive and enjoy the friendship of many.

Gábor is survived by his daughter Jessica, his sisters Andrea Horrell (Robin) and Ilona Falvy (Ted Smith) and his niece and nephews: Alexa, Michael, Alex, Holden and Zoltán. He is preceded in death by his parents Alice and George and his son Joshua.

Gábor's cremains will be interred along with his son Joshua at Miramar National Cemetery in San Diego, CA at a later date.

In lieu of flowers, please consider making a donation in Gábor's memory to a Veteran's charitable organization of your choosing. Thank you!

Share Your Memory of
Gabor
Upload Your Memory View All Memories
Be the first to upload a memory!
Share A Memory