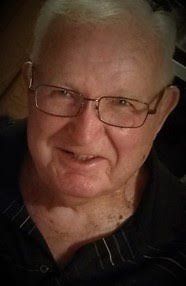 Mel was a native of Colorado born and resided in the state for most of his life. He was the only survivor of three siblings. Because of his parent’s early death, he moved around from his grandmother to siblings to be raised in Kansas City, Missouri and Colorado.

He married his high school sweetheart, Janet Lucille Lord, on November 6, 1953. He was a veteran who served in the Army in the Korean War. When he returned home from Korea, Mel and Jan decided to relocate to Colorado where they had three girls; Sandy, Candy, and Cheri. Mel settled into a job working for Mountain Bell after working at several other jobs. He made a career there, moving from telephone installs to a Marketing Supervisor. While working there he made many lifelong friends. Mel retired from US West (Mountain Bell) in 1990.

Mel participated in high school sports and was an excellent football and baseball player where he later used those skills to coach little league with his brother, Roy. He continued his love for sports by playing in intramural baseball and basketball leagues. He was handy around cars and home. He remodeled the house several times during the 60 years Mel and Jan lived there.

Mel bought a boat for the family (as well as many friends) to enjoy many, many weekends at Standley Lake water skiing, camping, and fishing. He had a zest for life and loved adventure and fun.

Mel was also an avid Bronco fan who held season tickets for many years. After retiring, Mel and Jan bought a motor home to travel the country and played many beautiful golf courses across the country as well.

Mel was a loving husband, father, grandfather, and great grandfather who left a lasting legacy. Family meant everything to Mel. He treated his son-in-laws like the sons he never had. He never missed a game, recital, play or life event of his treasured grandkids.

Donations may be made to Grace Church of Arvada, gracechurchco.com or Children's Hospital childrenscoloradofoundation.org

A private graveside service will be held at Fort Logan National Cemetery.

To plant a tree in memory of Melvin Reich, please visit Tribute Store

Share Your Memory of
Melvin
Upload Your Memory View All Memories
Be the first to upload a memory!
Share A Memory
Plant a Tree