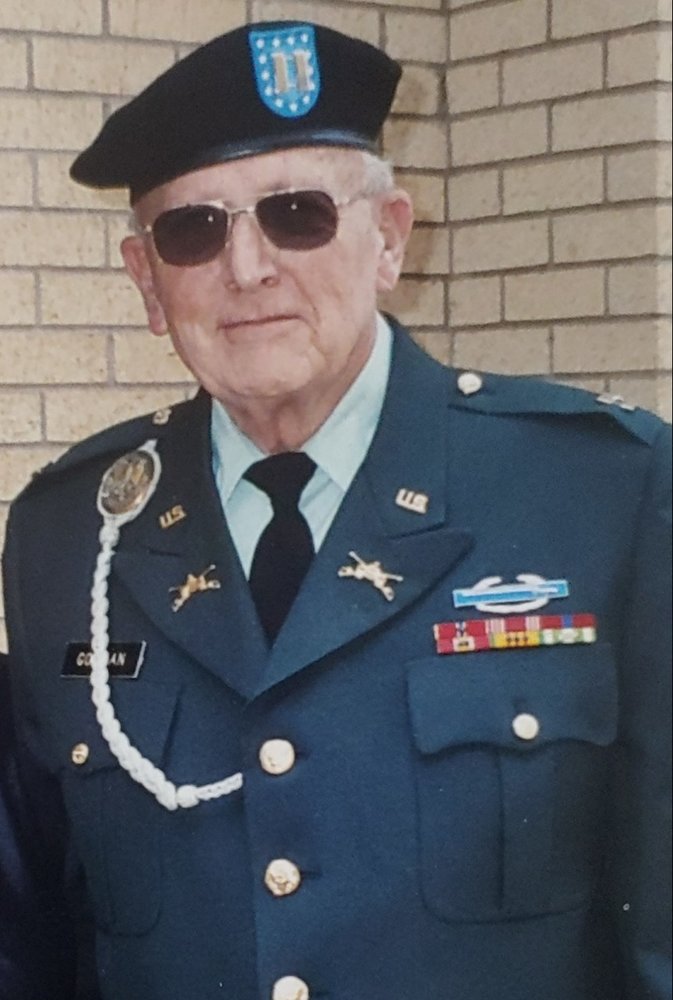 Born July 2, 1941, in Sioux City Iowa to Richard and Irene Goeman, Robert was the oldest of three boys. Robert graduated from High School in 1959 and joined the Marine Corps. After serving his time, he lived nearby his parents in the southwestern states. He wasn’t enjoying the work, and decided to enlist in the Army, and was stationed in Fort Riley, Kansas. In 1965, he met Marilyn Detwiler at a singles bar in Salina. After talking for a few hours with each other, it was time to go back to the barracks and on the way, he told his Army buddies “That’s the girl I’m gonna marry.” A couple months later, he proposed, she accepted, and then he promptly left the country for his first of two tours of duty in Vietnam. While in Vietnam, Robert and three other soldiers became the first Tunnel Rats, infiltrating and exploring the enemy tunnels under the very ground the U.S. forces were fighting on. Robert was the first of the team to actually enter the tunnels, making him the 1st Tunnel Rat of the Vietnam War.

Robert competed his tour of duty and returned to the United States. On January 28, 1967, Robert and Marilyn married in McPherson Kansas. They spent the next couple of years in Kansas and then the OCS Program in Kentucky before being stationed in Gelnhausen Germany. There he worked with the 3rd Armor Division, and was promoted to Captain before being stationed in Vietnam for his 2nd tour of duty. 6 weeks prior to arriving in Vietnam, they made it back to Johnson Kansas where they welcomed their son, Brian Goeman.

During his second tour, Robert was badly injured while off-loading a helicopter under fire. He wasn’t aware the next crate coming down the conveyor was a helicopter engine part weighing a few hundred pounds. As he tried to pick it up, he injured his back. Robert was sent to New York where he was medically retried in 1972.

Robert and Marilyn then moved to Colorado where their brother-in-law was the Marshall of Boulder County. Robert began a 28-year career in law enforcement, working for the Marshall’s office, the El Paso County (Colorado) Sheriff’s Office, and finally the Garden City (Kansas) Police Department. During his time with the Sheriff’s Office, their daughter, Shannon Goeman, was born. They remained in Colorado for several years before deciding to move the family to Garden City, KS. Six months after joining the Police Department, he was promoted to Patrol Sergeant. Ten years later he moved to the Investigation Division where he was the lead detective on all major crimes including murder, rape, kidnapping, and other high crime investigations.

In 1986 while still living in Garden City and on the day the space shuttle blew up, he had a spinal fusion surgery done due to the vertebrae and disc that were injured years before. There were complications from the surgery, and he almost died three separate times before finally recovering. He had developed blood clots which got into his lungs, cutting off 80% of his breathing capacity. He never fully recovered from the damage that was done.

After a 41-year career in “Protect and Serve” positions, Robert and Marilyn decided to retire and moved to Branson Missouri in 2000. Even then, Robert was not one to just sit back and relax. He worked at the Chateaux on the Lake Resort, and then at the Branson Airport. In 2014, Robert was no longer able to work, and fully retired. They decided to move to Colorado and be with their son, Brian.

Robert and Marilyn enjoyed life in Colorado again, getting together with family and friends frequently. Their daughter spent time with them before returning to Missouri. The grandkids would come out periodically to spend time with them, laughing, talking, and listening to stories about the adventures Robert and Marilyn had done during the years.

On January 28th, 2021, Robert and Marilyn celebrated their 54th wedding anniversary. In those years, 3 children were born to them, 6 grandchildren, and 8 great-grandchildren with a 9th one on the way. He lived in 2 countries besides the United States, traveled extensively across the country with his wife and kids, vacationing in Texas, Missouri, Minnesota, California, and other places in between. Both wanting to ensure their children and grandchildren knew more about the country than just their small neck of the woods.

Robert DeWayne Goeman passed away on February 6th, 2021 at home. He is preceded in death by his parents, a brother – Don Goeman, a grandson – Alex Goeman, and a newborn son – Stephen Goeman. He is survived by his wife, brother, son, daughter, grandchildren, and great-grandchildren. Full military services will occur with internment at Fort Logan National Cemetery in Denver, CO. He was 79 years old.

To send flowers to the family or plant a tree in memory of Robert Goeman, please visit Tribute Store

Share Your Memory of
Robert
Upload Your Memory View All Memories
Be the first to upload a memory!
Share A Memory
Send Flowers