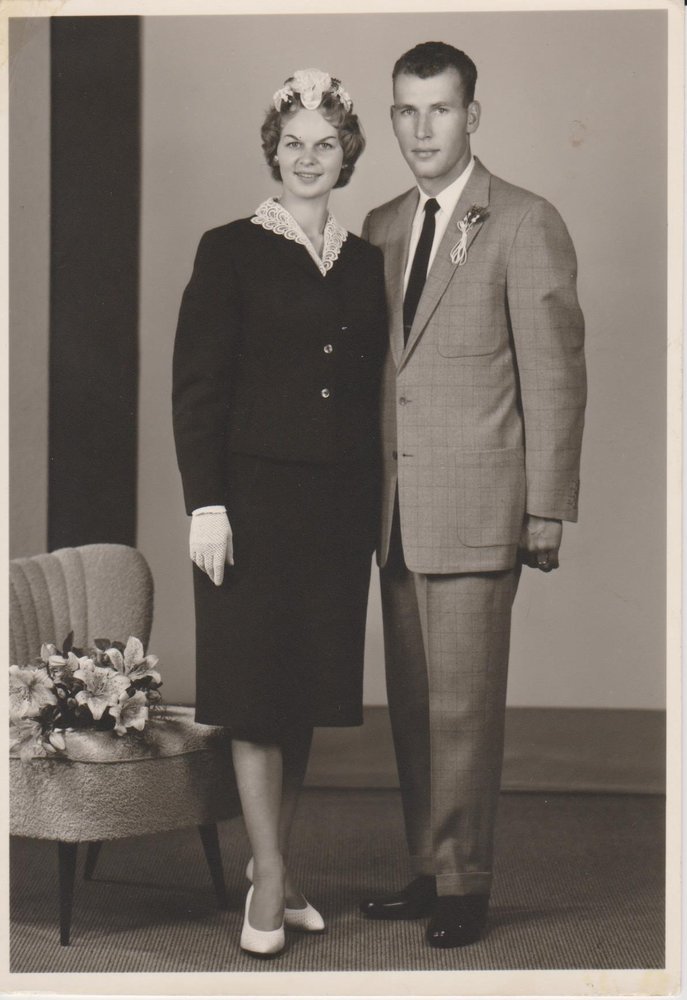 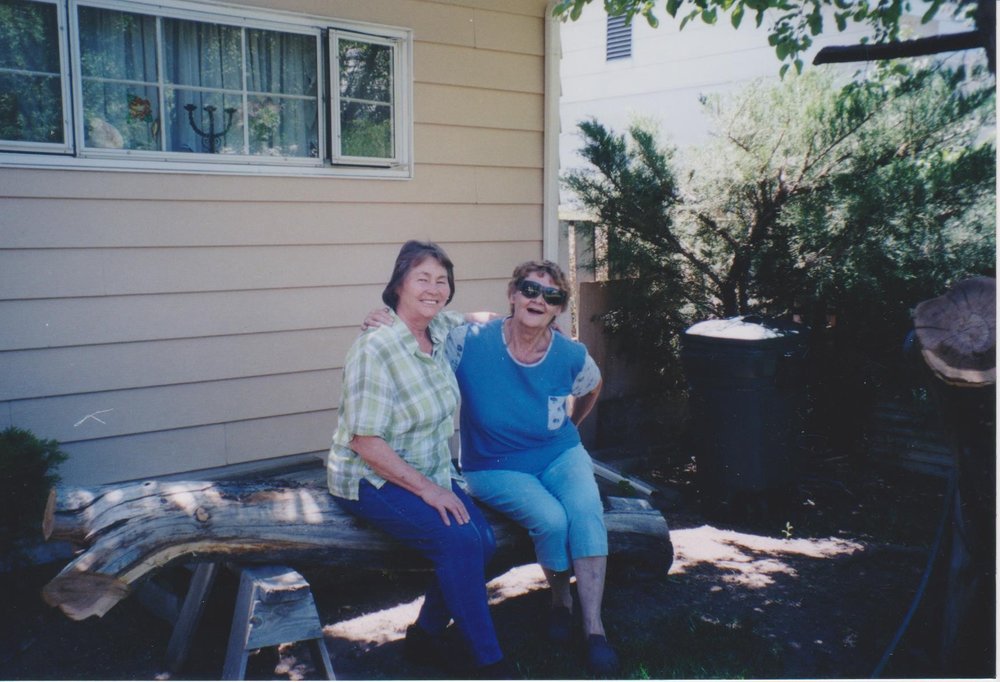 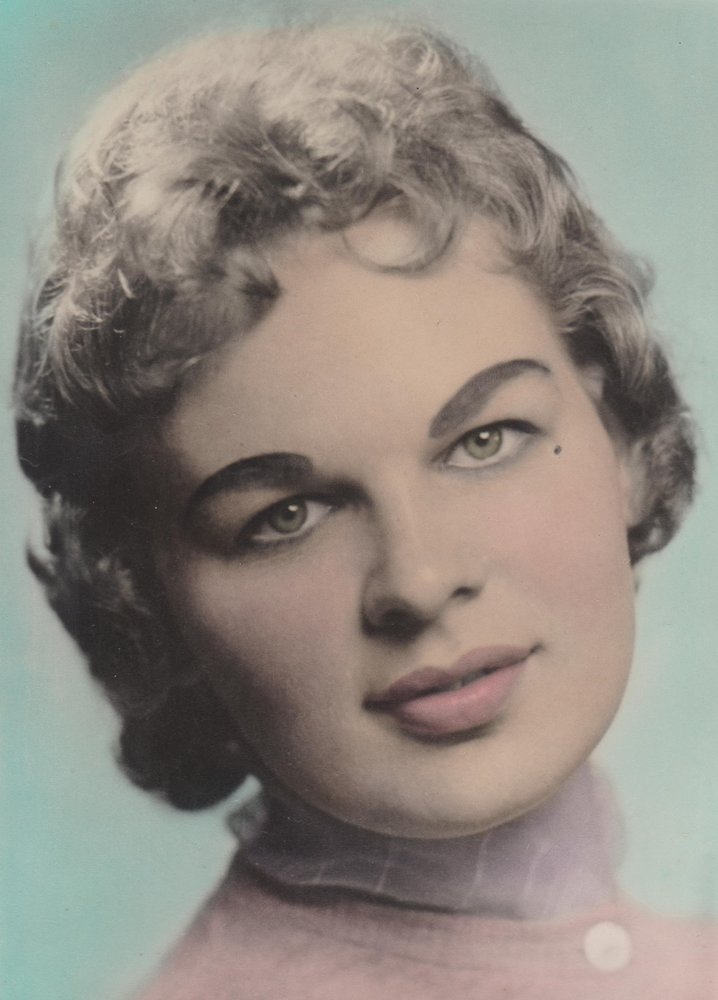 Regretfully, our Mother, Edith Mundell, passed away suddenly on November 5, 2020, at her home.

Mom was preceded in death by her husband, Herbert Duane “Cy”, her daughter Charlotte Kay, her father Otto, her mother Gertrud, her sister Waltraut, and her daughter, Evelyn.

Mom was born in Osterode, Germany, on January 24, 1935. Near the latter part of World War II during the Russian invasion of Germany, her parents were captured by the Russian army and forced to work in labor camps. During the period after their parents were captured, these four children, ages 10, 8, 6, and 4; while Edith being the oldest, managed to survive on their own for some time until they were finally discovered and placed in foster homes. Our Grandmother Gertrud eventually returned and was reunited with her children. Otto Baltutt never returned.

The accounts of these events are illustrated in two published books, The Bones of My People, an account from our Grandmother Gertrud, and Yesterday’s Sandhills, the memories of our Aunt Rita.

Mom and Dad met in Germany where our Dad, who was in the United States Army, was stationed. They were married in Ulm Donau, Germany on July 23, 1960. Eventually, they came back to the USA. Their first daughter, Charlotte Kay, was born on May 4, 1964, and passed away on August 2, 1964.

Charlotte Kay was laid to rest at Fort Logan National Cemetery in Denver, Colorado. Dad joined her there in 1972 after he passed from service-related injuries from his service in Vietnam as a Staff Sergeant, Company A, 143 Signal Battalion.

Mom will be laid to rest with the love of her life and their first born. May they be at peace, reunited, and embraced by the warm glow of the heavens.

Honor thy father and thy mother: that thy days may be long upon the land which the LORD thy God giveth thee. Exodus 20:12

Then shall the dust return to the earth as it was: and the spirit shall return unto God who gave it. Ecclesiastes 12:7

Edith, also known as Omi to her grandchildren; made a large impact on her grandchildren’s lives. There are a lot of little moments I will remember, and the values she taught us through our years of growing up. I remember she would go out of her way to make sure her family and the people she cared about most were taken care of, doing well, and staying healthy.

Her most favorite activity that I remember vividly was being outdoors and doing something outside that involved being close to nature. She liked the fresh air, the birds singing throughout the day, the soil in her hands as she worked hard and long hours in her yard and garden to make it look like a paradise she and others around her could enjoy during the spring and summer months of the year.

Things I will take away from the personality that Omi had, was that she was a very strong woman, strong-willed, and believed in her ability. She had a very curious and intuitive ability to learn new things, even at her older age and this is something I feel myself and many others close to her, inherited from her. A quote that sticks out to me that she would say every now and then is, “Those who put in the time and hard work, shall enjoy the fruits of their labor.” -- She was a strong believer in this concept.

I will cherish the long several hour phone calls we would have about every week or so; talking about the random current events, and stories she would share about her life with me. I felt honored with the privilege of seeing into this window of her past history; which would lead to very interesting stories in different events of her life.

Another aspect of her personality was her laugh. She had a very unique laughter and if she started laughing, you could not help but laugh with her because it was so contagious.

My family and I will definitely miss the stories she would share with my kids around the holidays to get their imaginations going during Christmas, or singing songs and playing a melody on her very old organ on their birthday; that she was also very good at making sound pretty good, even though it was slightly out of tune.

I am going to miss her greatly as she is no longer with us in body, but in spirit, as she was one of the many important people to be my advisor in life and share thoughts and feelings with regarding everyday life in general.

May God welcome and bless her soul, and finally put her at peace in heaven, relaxing in that garden of paradise she’s worked so hard on, as he has regained another very special person from our lives.

To send flowers to the family or plant a tree in memory of Edith Mundell, please visit Tribute Store

Share Your Memory of
Edith
Upload Your Memory View All Memories
Be the first to upload a memory!
Share A Memory
Send Flowers