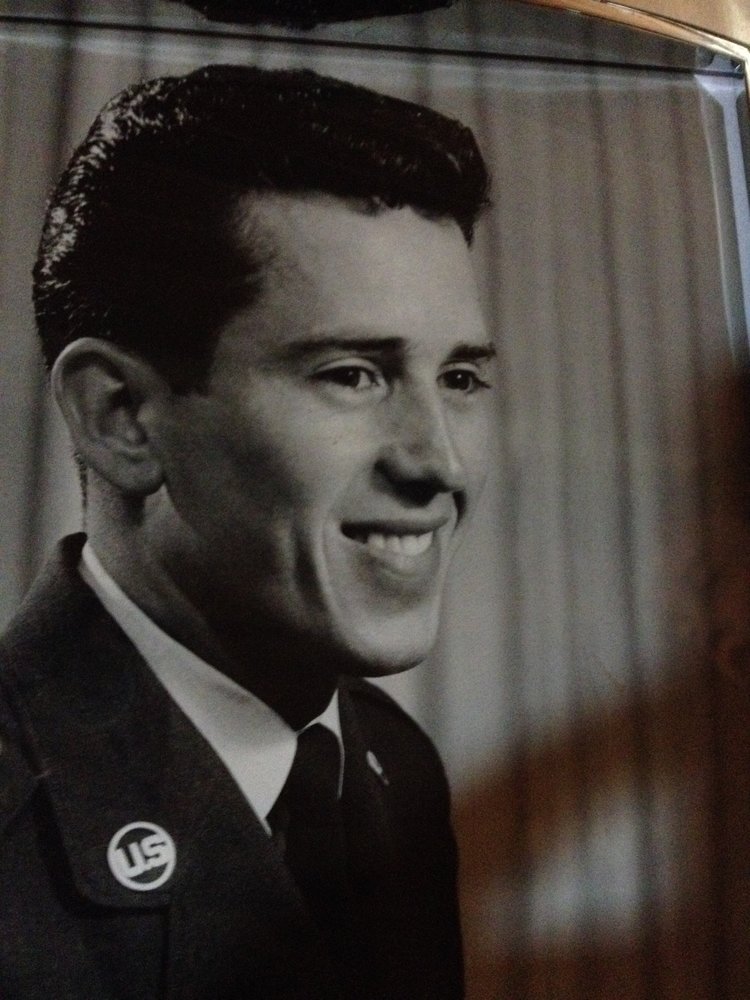 What can we say about Earnest Alvin Chase? Earn, Earnie or Earnest are the names that he went by normally; although, I think I could hear my grandmother (Adell Chase) probably yelling out his full name with an emphasis on ALVIN, when he was into mischief (which was probably far and few between). Let’s backup just a second; Earnest was born to Joe & Adell Chase back in 1942 in Valley, Alabama and spent his youth growing up there in a small house on his parent’s land. Both parents were very hard-working and that quality transferred over to the rest of the family and they became all hard-working Americans.

Earnie left the Valley at the age of 18 to join the United States Air Force and was stationed in London, England early in his career. He met my mother Frances M. Chase who was born and “raised” in London; I had to put the raised part in “air quotes” because there wasn’t a responsible adult in Fran’s life until…yes, you guessed it, Earnest Chase from Valley Alabama swooped in for the rescue. Dad was always a hero and that’s what heroes’ do; they make the world a better place. Needless to say, my older brother Mike was created and born in 1966 and they all made their way back to Valley, Alabama. Earnest decided that maybe a life in the Valley was destiny, so he resigned from the Air Force only to re-enlist and continue his journey that soon came with a trip to Vietnam.

Several military assignments ensued and the Chases were frequently on the move during the 29 years of Earnie’s enlistment. In 1972, they welcomed Allan Chase into the world at Offutt Air Force Base in Omaha, Nebraska; originally, they named Allan after “Alan Alda”, but the birth certificate came back with a second “L”, and the author of this document won’t revisit that trauma right now. The important part was that dad could hear me screaming all the way down the hall and knew that I had arrived. Mike

was now a brother and Mom and Dad had extended their genetics yet again to another small creature that had bright blue eyes and was as white as a ghost.

Fast forward to 1974 and Earnie and family were sent to Izmir, Turkey to enjoy that fun filled section of the globe. Turns out that Dad was able to take us on many adventures that included a trip to the Parthenon in Athens and other famous areas of history as well. We learned from the Turkish and the Turks learned from us; they believed that picking up Mr. and Mrs. Chase’s youngest son and stroking his blonde hair was good luck, but their fortune took quite a turn when they realized that they had grabbed ahold of a Tasmanian Devil (Earnie always loved to tell this story). Another notable event was the 5 Turkish police officers standing around our car with a lot of curiosity; Earnie thought “I’m busted” because he purchased an artifact from a local village which was against the law. Turns out, the police thought our Ford Pinto Station Wagon was an American sports car and were just fascinated by it (needless to say, dad was very relieved!).

Earnie and his family were then stationed back state-side in Oklahoma (where nothing of interest happened) and eventually was stationed at the Air Force Academy in Colorado Springs, Colorado; we were all happy on the AFA and mom owned a horse named “Princess” in which Earnie nick named her “bouncy balls” due to something that happens with untrained male riders.

Earnest and family spent a few years on the Academy and were eventually stationed to the wonderful frozen world of Anchorage Alaska. Earnest opted to drive from the AFA to Elmendorf AFB on another adventure that included two weeks of driving through a few states and three provinces of Canada; of note on that trip, our family dog “Tiffany” discovered a decomposing Caribou carcass and decided to roll in it and become “one” with nature. Earnie was sort of beside himself that this unexpected event happened and ordered us to roll down all the windows for the next few hundred miles.

Ahh, so it was 1978 and we arrived in Anchorage for what would turn out to be an eight-year assignment at Elmendorf AFB. Initially, the family was living on-base for a few years and then decided to move more onto the outskirts of Anchorage itself. Earnest was working various positions at Elmendorf to include a large radar station aptly called “The Elephant Cage” in which he worked underground in a bunker that had 6-foot-thick concrete walls. Being top-side, I would see the F-15 Eagles scramble to intercept aircraft entering US Airspace and would talk with him about it in the evening. Eventually Earnie and family moved out to Eagle River, AK for the remainder of the tour. Earnest surprised the family with some fun camping, fishing, and snowmobiling trips when he wasn’t busy performing his duties for the Air Force. One big surprise Earnie had for the family was a quick trip to Hawaii and back on a C130 cargo plane; we literally had 10 minutes to pack and get to the flight-line; Note: The peninsula to the airport could be extremely bumpy! Of other note: Since Earnie was in the “communications” business, he was sent to Riyadh, Saudi Arabia to upgrade some communications infrastructure for one year. We of course missed him terribly for that year!

1986 rolled around and Earnie opted to return to Colorado Springs, CO for his next Air Force assignment. The family all flew down to Seattle then picked up the car to then finish the journey. Shortly after arriving in Colorado Springs, we took residence off-base where Earnie worked on Peterson AFB for the 721st Comm Squadron and rotating to both buildings 1840 & 920 and then eventually stationed at Cheyenne Mountain Air Station where he would finish his career as a Senior Master Sargent and return to the same position as a civilian to continue his duties. As a general note, everyone looked

to Earnie as a really skilled and smart leader; most commissioned officers that decided to cross him were quickly schooled in the finer arts of common sense and subject matter expertise. 1991 rolled around and Earnie and Fran saw a different path for their son (me!), so they encouraged that him to pursue a degree of his choosing and enroll. 1995 came around and Allan had his Bachelors of Science in Computer Science which enabled him to choose his own destiny.

The year 1998 came and Allan decided to move to Auckland, New Zealand to pursue his own adventures; I had called them all the time and sent several video diaries to the both of them. Being “empty” nesters, Earnie and Fran replaced Allan with a large Main Coon cat (say what?). Of interesting note: Earnie and Fran sent Allan a Dive Watch and Earnie had set the time that oddly enough, ended up being to the same exact second to the watch Allan was currently wearing. I immediately called to see how he did that magic trick and all he did was laugh and say “really?”.

After 2 years, Allan returned with a travel companion/soul mate and asked Earnie and Fran to be guests at our wedding in Antigua; along with Sue’s parents, we embarked on an adventure down to Antigua and had an amazing time at the wedding with great food, fun sailing and tons of snorkeling.

As the years rolled by, Earnie was still interested in cars and did own a few fun little toys. One car he liked was the Ferrari Dino, so he found a replica-car and went down to Texas to pick it up; it was a car that he did find himself “tinkering” with, but he liked that. Eventually, he would get a Mitsubishi 3000GT which fortunately did not get him into trouble with the law. Earnie also LOVED Golf and went to play quite frequently. As 2005 rolled around, Earnie and Fran were eagerly waiting on their twin Grandchildren (Matt & Jess) to arrive and they did! Earnie and Fran were so excited to see them and be with them when they were born. Everything was going just fine and unfortunately, we had to bear the untimely loss of Michael D. Chase (08/26/2005) that same year following the news that Earnie had ALS; both pieces of information were very devastating for the family. As the children grew up, they started to know Earnie as Poppa and they were an absolute treasure to everyone. Earnie and Fran knew that the timeline could be short with the diagnosis of ALS, so they did everything they could for each other and those grandkids. Luckily, Earnie was able to stay in the kid’s (and all our) lives for a further 15 years and really got to know them and their personalities. During this time Fran was staying by Earnie’s side through all the good and the bad days and we all really tried to make the best of the time we all had together.

Share Your Memory of
Earnest
Upload Your Memory View All Memories
Be the first to upload a memory!