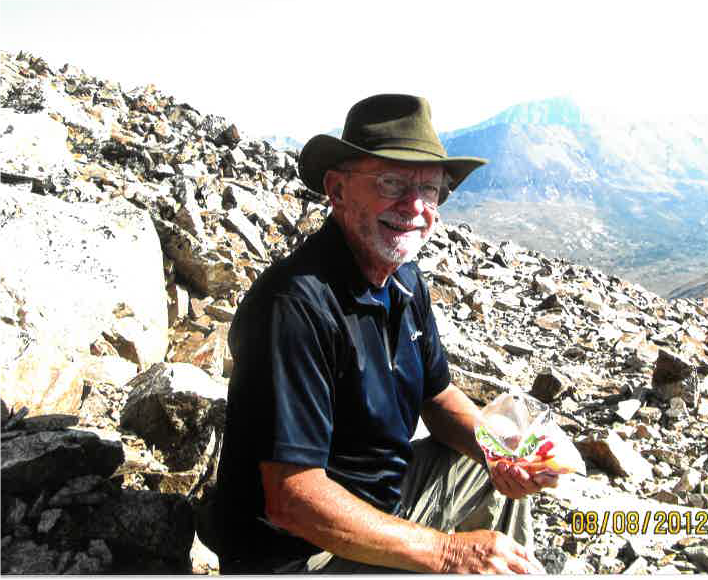 Living Life to its Fullest

Life should not be a journey to the grave with the intention of arriving safely in an attractive and well preserved body, but rather to skid in sideways, champagne in one hand, strawberries in the other, body thoroughly used up, totally worn out and screaming “WOO HOO – what a ride!”

Richard Barton, loving husband to Caroline Barton, passed away at the age of 78. Preceded in death by his father Walter and mother Sarah Barton. Dick was born in Akron Ohio.

Richard known as Dick was a great man and patriot. He served in the United States Air Force from November 25, 1966 and retired on November 30 1987 as a Lt. Col with many honors to include the Bronze Star. Dick was a published author of 4 books, had a love of climbing 14ers with his step son Philip McIntosh, built an electric car, loved playing golf as well as becoming a licensed pilot. Richard had many adventures with Caroline and they have always said how lucky they were to travel to so many places together.

Dick is survived by his wife, Caroline A. Barton of 38 years, sister Barbara Ames Greebon, nephew Jeff Ames, children Melanie Barton Zoltan, Brad Barton and Laurie Sanders. Three step children who thought of Dick as a father and a friend, Philip McIntosh, Alison McIntosh and Andrea Magers. Dick and Caroline are fortunate to have so many grandchildren and great grandchildren. Bennington, Reilly, Daniel, Bailey, Broderick, Elizabeth, Madeline, Nicholas, Alex and Max, Colin, Alexandria, Cameron, Adrian, Avery, Jack, Caroline, Irene and Elna.  Great grandchildren Alaina and Ben. Papa took exceptional care of great grandson River McIntosh and took him under his wing since he was a baby. Dick will be dearly missed by so many and we are blessed have called him friend and family.

Dick will be buried at Pikes Peak National Cemetery in Colorado Springs on November 2, 2020.

To send flowers to the family or plant a tree in memory of Richard Barton, please visit Tribute Store

Share Your Memory of
Richard
Upload Your Memory View All Memories
Be the first to upload a memory!
Share A Memory
Send Flowers