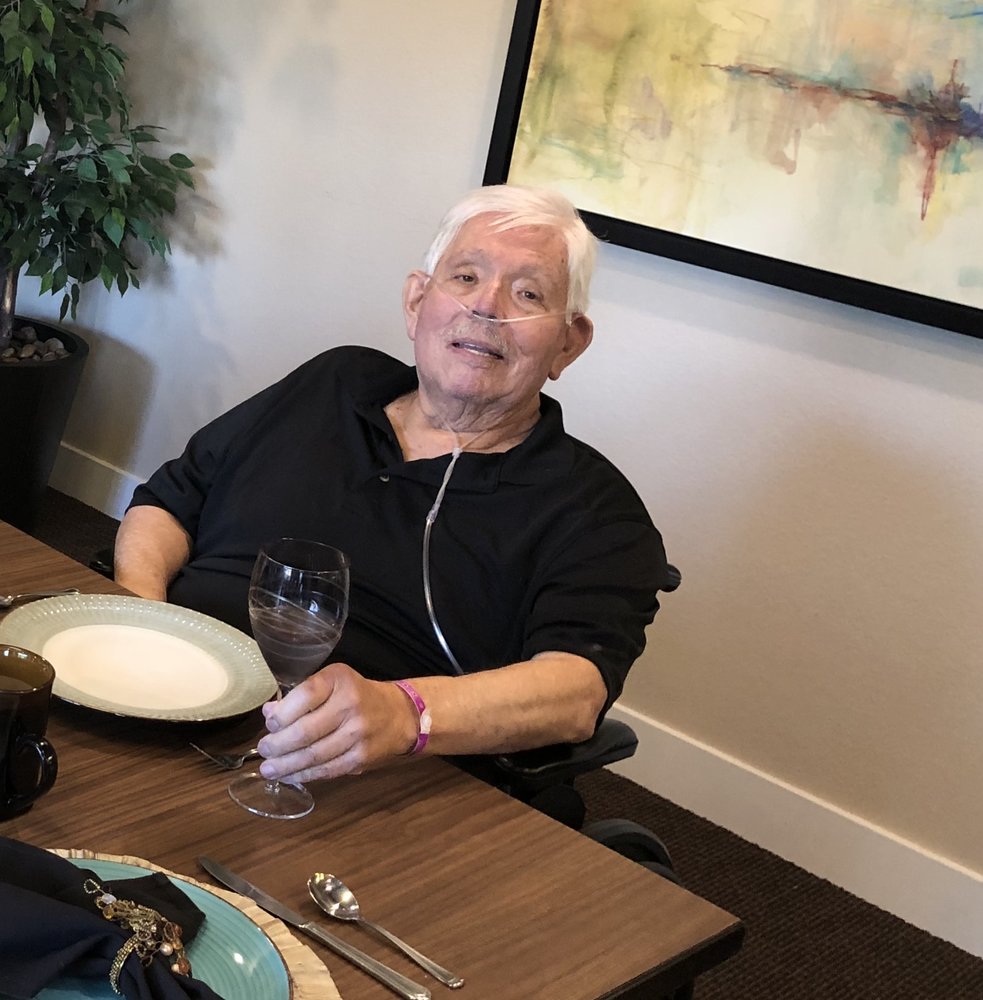 Richard Nathaniel Wilson of Golden CO passed peacefully from this world shy of his 84th birthday. Richard, known as Dick to his friends, was born August 30th, 1936 in Texas to Geneva and Clarence George Wilson, although he spent most of his life in New Mexico and considered it his home. He is survived by his wife Jane and three children Wayne, Winona, and George. He was a loving husband, father, grandfather and great grandfather.

Dick was an enrolled member of the Santee Sioux tribe and spent his life devoted to helping his people. Deeply immersed in the civil rights movement, he made it his life’s purpose to helping tribes to become economically independent. He developed the Indian studies program at the University of Oregon and served as the director of the UNM Indian studies program in New Mexico.

Dick was a scientist, with a lifelong study of geology and geochemistry. He worked for the Department of the Interior for most of his professional career, helping tribes to develop and secure the rights to their mineral wealth. This was his mission.

He was a musician, and is known to family and friends as a singer of songs and a story teller. He sang professionally with his good friend Louie Wickham, and with many choral groups including the Golden Choir, the Church of the Transfiguration and, as a member of the Musicians of St. Clare he sang in the Sistine Chapel in Rome.

Finally, Dick was a man of deep faith. A lifelong Christian, he devoted his life to serving God and being of service to his church and his fellow man.

Memorial services will be held on Saturday August 29th at the Church of Transfiguration, 27640 Highway 74 in Evergreen CO at 10am. The service will be held at Douglas Hall and recorded and posted to Facebook. Please note this location is indoors so social distancing and facemasks are required. There will be a private burial service for family in Albuquerque to be announced at a future date.

To send flowers to the family or plant a tree in memory of Dick Wilson, please visit Tribute Store

Share Your Memory of
Dick
Upload Your Memory View All Memories
Be the first to upload a memory!
Share A Memory
Send Flowers