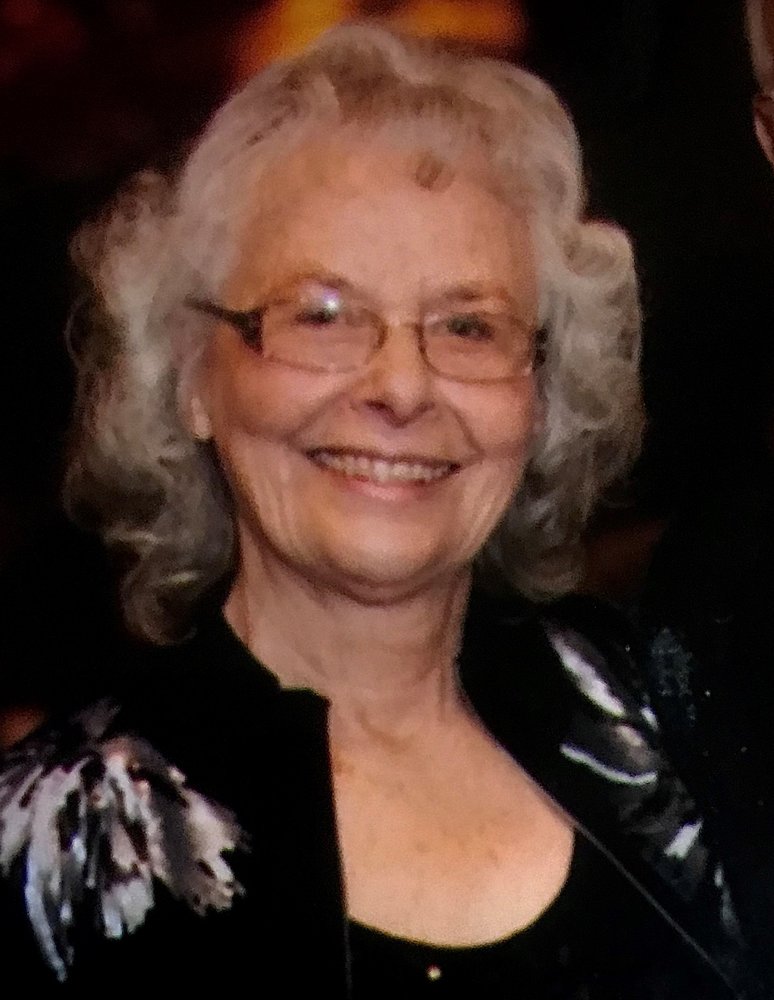 Betty was born June 20, 1937 in Orange, CA to Les & Nell Waight.  The family lived in several communities in Southern California until settling in Covina, CA.  The family was blessed with the addition of Betty's sister, Leslie Elaine on January 1, 1941.

During the summer before Betty's senior year in High School, the family moved back to Les & Nell's hometown of Fresno, CA.  Betty graduated from Fresno High School in 1955.  The next fall, Betty enrolled at Fresno State College (California State University, Fresno) to pursue a degree in the Medical field.

Betty met her future husband, Donald Brumley in a Spanish Class at Fresno State.  The couple began to date, and after a whirlwind romance, they were married in Reno, NV on April 27, 1957.  The two lived in Fresno, CA for a year and a half and were blessed with their first child, Christine Elaine on January 23, 1958.  Don received a job offer to work at Sprague Electric in Visalia, CA., moved his small family to Visalia and built a house at 117 W. Laura.  It was at this house they were blessed with their second child Arthur Leslie on December 7, 1959.  Betty stayed home and raised the two children until they were able to attend school She then re-entered Fresno State to finish her college degree.  Betty graduated from college with a B.A. in Education and received her teaching credential in the spring of 1965.

In 1965, Betty was offered a position with Farmersville School District to teach Elementary School.  Betty taught at Hester and Snowden Elementary Schools from 1965 until her retirement in 1995.  Hundreds of children were influenced and taught during Betty's tenure.  In 1975, Don acquired Comfort Air of Visalia.  Betty was Secretary/Treasurer for the company.  Betty assisted Don on the financial side of the business until they retired in 1995.  Betty continued to substitute teach elementary school for various school districts in Colorado Springs and Woodland Park until 2015.

Betty attended the First Pentecostal Church of Visalia, which later became The Master's House with her family.  Betty taught Sunday School to the sixth graders of the church  for over 25 years.  She was the director of the Ladies of Grace/Ladies Auxiliary for 39 years.  Lives all over the United States have been touched by her wisdom and grace.

In 1995, Betty and her husband Don retired to Woodland Park, CO.   He and his wife Betty, moved to Colorado Springs in 2014 where she lived out her life.

Betty was known as a hard worker.  A typical day consisted of her waking up, cooking breakfast, going to Comfort Air for an hour, driving to Farmersville and teaching elementary school all day, driving back to Comfort Air and working for another hour, going home and cooking dinner while maintaining her home.  She was known as a wonderful cook.  Her specialties included Thanksgiving Dinner, strawberry pies and jams, peach cobbler, carrot cake and chicken dinners.  There wasn't a family get together in the summer that we didn't enjoy her homemade strawberry ice cream.  She was an expert knitter and seamstress.  All of the members of her family have Christmas stockings knitted by her.  She lovingly knitted blankets for all of her grandchildren and newborn babies in the church.

Betty loved to travel with her husband Don.  Their travels took them to England, Scotland, Switzerland, Italy, France, the Soviet Union, Thailand, Hong Kong, Hawaii and Mexico.  They also enjoyed road trips together all over the Western United States.

Betty and Don were married for sixty-two years.  Truer love and devotion has never been found.  Also, Betty was a devoted mother.  She raised Christine and Arthur and taught them many qualities to become successful adults.  She was a loving grandmother to her six grandchildren and her five great-grandchildren.  Both of her children and all six of her grandchildren graduated with degrees from universities.  She was a gracious mother-in-law, loving sister and loved her brothers and sisters-in-law.  She was a generous and trusted friend to many.  Her loves in life were her God, husband, church, family and friends.

A private graveside Home Going Celebration has been scheduled for 12:00 noon Tuesday September 1, 2020 at Pikes Peak National Cemetery.  A Memorial Reception is scheduled for Tuesday September 1, 2020 at 5:30 pm at the home of Arthur & Adele Brumley.  All of her friends and family are invited to attend.  The Reception arrangements will be provided by The Ladies of Grace.  Funeral arrangements are being handled by All Veterans Funeral & Cremation.

The family wishes to thank the pastor Rev. Paul G. Kiggins, members of The Master's House and all other friends and family for their love, prayers and support during this time.

To send flowers to the family or plant a tree in memory of Betty Brumley, please visit Tribute Store

Share Your Memory of
Betty
Upload Your Memory View All Memories
Be the first to upload a memory!
Share A Memory
Send Flowers