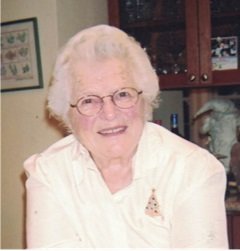 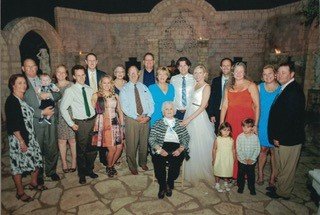 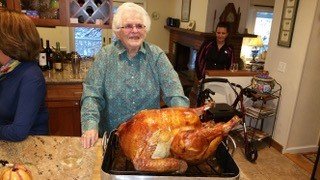 The Kennedy family is sad to share that after a long illness, their dear mother, Margaret (Billie) Kennedy passed away on August 12, 2020 at 97 years of age.  She was a dedicated wife, loving mother of five children, grandmother to ten, and great grandmother to eight.

Billie was born at Walter Reed hospital in Washington, D.C. on Christmas Day 1922 to Margaret (Middendorf) and Theodore Wrenn. Part of an Army family, she lived in several locations including the Philippines as a child. She attended college at William and Mary her freshman year and completed her BA at Colorado A&M (CSU) where she met her husband Leo William (Bill) Kennedy.  They were married on June 10th 1944 at Fort Sill, Oklahoma.

Billie was a WWII Army veteran, serving as a 2nd Lieutenant in the US Army as a hospital dietician in the UK, treating the wounded after D-day. After the war, she and Bill raised five children in Golden Colorado. In her later years she was active in her Tri Delta Sorority, playing bridge, knitting and sewing for their auctions to support Children’s Hospital.

Billie is preceded in death by her parents, her husband Bill, her sister Sarah Arnold, her brother Ted Wrenn and her eldest son, Leo Joshua Kennedy

In Memory of Billie, please a send a memorial check payable to “Tri Delta Fund For Children’s Hospital” and send it to, Genie Sherman, 7386 S. Ogden Way, Centennial,, Colorado, 80122.

A Memorial Service for family only (due to the Covid virus) will be held at 3:30pm on Sunday, September 20, 2020. The family welcomes anyone to share a memory with us at the home of Sue and Jim Graver after 4:30pm.

Share Your Memory of
Margaret
Upload Your Memory View All Memories
Be the first to upload a memory!