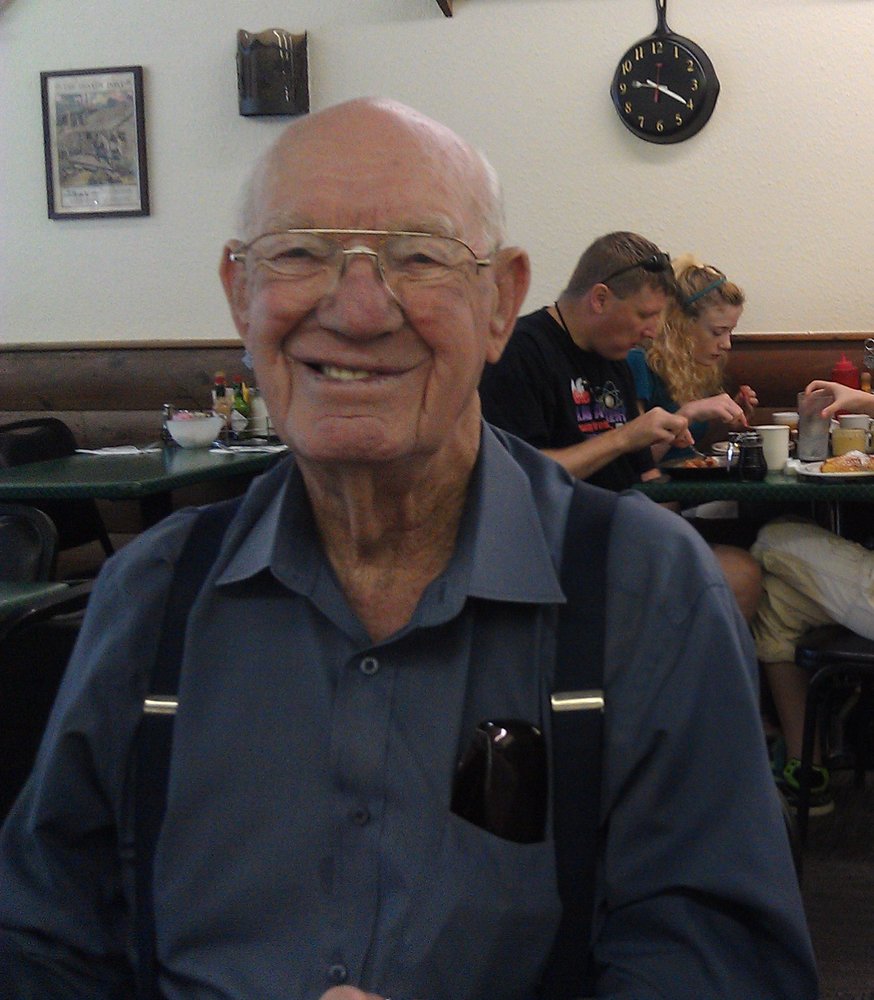 He was born July 3, 1926, in Denver, Colorado, and had to grow up quickly. Going into WW2 after graduating from Englewood High School. He eventually was assigned to Military Government in Japan just days after the bomb drops on Hiroshima and Nagasaki.

His favorite war story, from Japan, was his meeting with Dwight D. Eisenhower. They spoke for half and hour because his wife Mamie was from Denver. He also spoke to him about fly fishing near the town of Pine, Colorado. But, even Ike couldn't talk him into staying in the Army. He wanted to go home.

He learned to be an automotive mechanic and built a hot rod which he raced mostly at Lakeside Speedway.

He met my mother, Helen Wilson Simmonds Colburn, while she was studying to be a nurse. They were married April 19, 1947.

He went on to be a cement contractor, with his brother-in-law Hank Blair, for over 30 years. They also had a tungsten mine in the Black Hills of South Dakota.

He and I built a mid-engine, Corvair bodied, race car which we raced all around the country for over thirty years.

He was happiest when traveling around the country in one of his many motor homes. He was a social butterfly and made friends every place he went. Many would have some very interesting stories to tell about his adventures.

He will be buried at Ft Logan Cemetery at a small service, due to the Covid19 epidemic, along side my mother who preceded him in death.

He will be dearly missed by all.

To plant a tree in memory of Harlan Colburn, please visit Tribute Store

Share Your Memory of
Harlan
Upload Your Memory View All Memories
Be the first to upload a memory!
Share A Memory
Plant a Tree