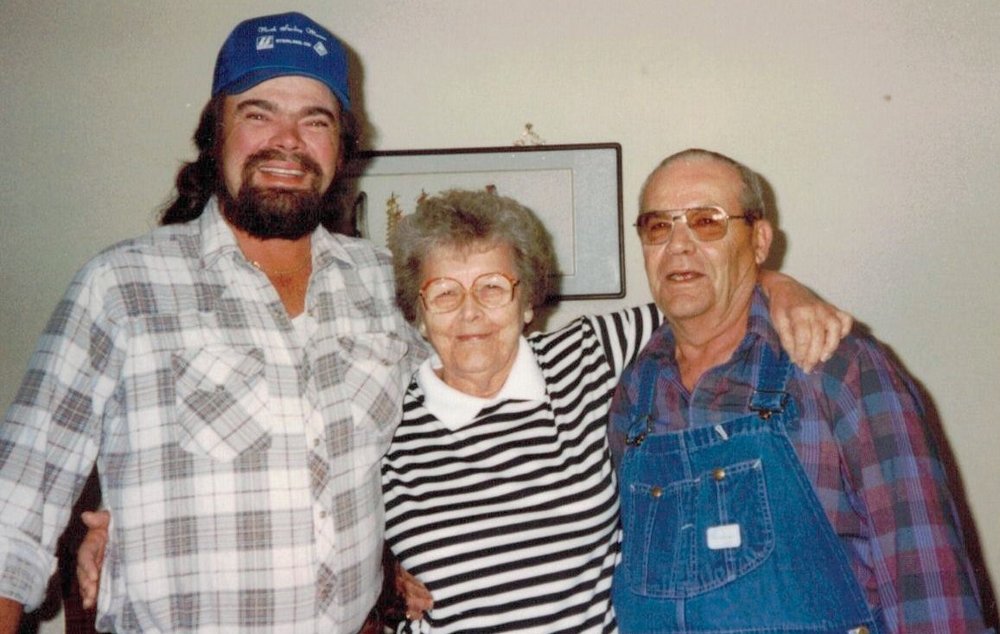 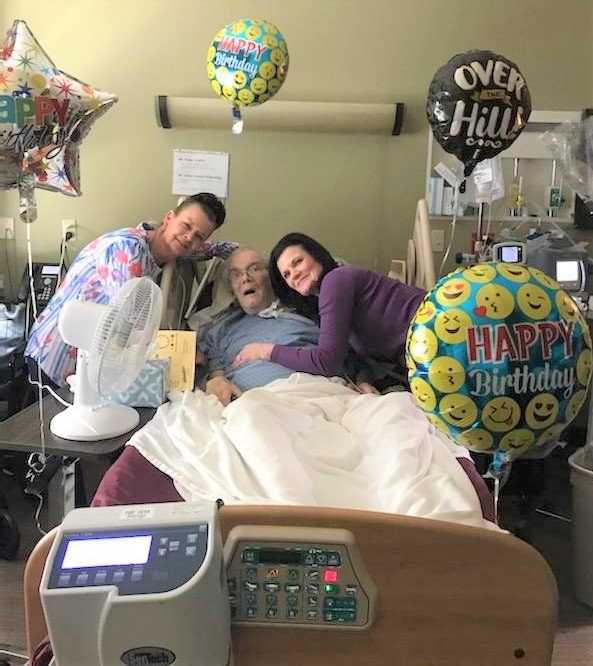 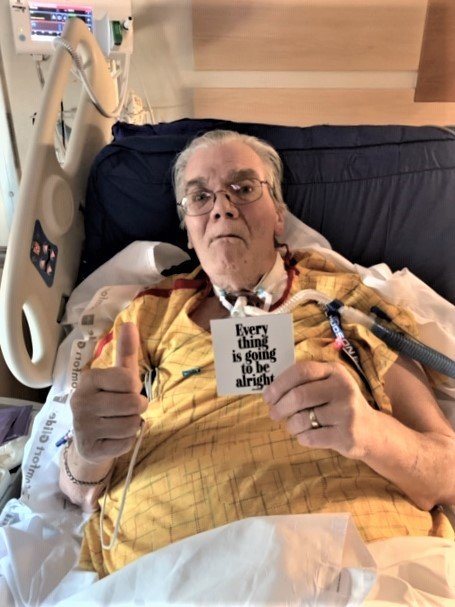 K – died Monday morning July 27th at 7:30 a.m.  He was born the 2nd son to Edward Allen Faller and Evelyn Marie Johnson in Armour, SD.  He was 1 of 9 children.  They lived on a farm in South Dakota until mom and dad grew weary and tired of re-starting again.  Tornados had come through many times before and left major damage behind.  They gathered up all the children and, for reasons unknown, ended up in Adams County, Colorado at 125 Linda Sue Lane in Northglenn, where they remained until they died.  Keith grew up around 7 sisters and his beloved older brother Rick.  He attended school at Northglenn High until the 10th grade.  This was a bit of a turning point for Keith.  Father Ed told him to make up his mind – continue in school or join the military.  Keith joined the navy but only stayed one tour.  He was sent to Puerto Rico and became a “radioman”.  He explained this as “the guy who told the planes where to land or shoot at”.  He entered June 4, 1975 and was released on March 25, 1979.  2 years he served on reserve status, but was never called back.  On June 30, 1978 Keith married Norma June Worth at Gethsemane Lutheran Church in Northglenn, CO and went on to become the father of Lisa Marie and Joshua Allen, and later their children’s children; Jacob, Michael, Gemma, and Maci.  They divorced in 1984 after having hard times, but remarried June 16, 2000.  Keith & Norma went to Maui on their honeymoon, enjoyed a week together and came home.  The children are grown and gone.   During the divorce Keith had a daughter Brittany, w/o marrying the mother. Keith had learned the construction trade while growing up and continued the trade.  He could build his own house, but he didn’t have a license to do that professionally.  He was a welder in his early married life, but changed his trade to siding houses for many years.  He then decided to change his trade again and become a night time security guard.  Norma started noticing a few slight changes in Keith’s abilities in June 2018, but nothing significant until he couldn’t talk anymore.  He couldn’t make a sentence without slurrying or missing words in the sentence.  Norma took Keith to all his doctor’s appointments to find out June 2019 that he has been finally diagnosed with ALS.  Amory….? Lateral Sclerosis.  This disease is NASTY!  Keith’s last 6 months of life, he could no longer speak, or walk.  He still had use of his arms and hands, until the last month.  He had a white board and a small black board to use to write and communicate with people.  He had been in and out of hospitals, and he kept writing on his boards “I want to go home” to Norma, but she hadn’t been trained as a skilled technical nurse, so the VA Assn would not allow him to go home.  It broke Norma’s heart that she couldn’t bring him home to die.  If Keith could have been able to walk, he would have gotten up out of that bed and come home to Norma, the love of his life.

Share Your Memory of
Keith
Upload Your Memory View All Memories
Be the first to upload a memory!