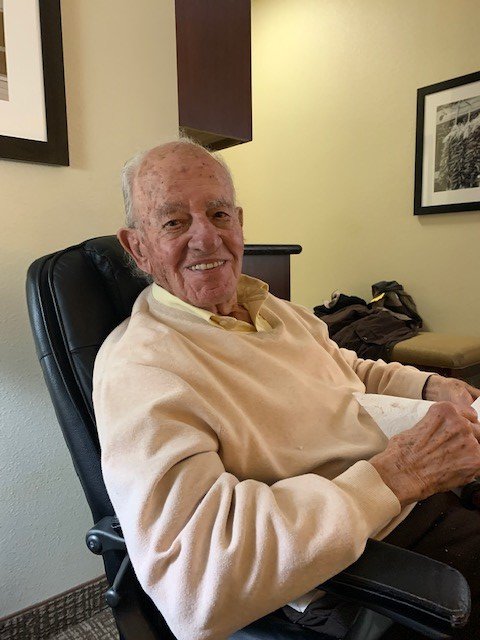 He had a happy childhood growing up in Kingston, NY and later attended Virginia Military Institute and the Carnegie Institute of Technology in Pittsburgh, PA before being called to active military duty. He was a member of the 376th Bomb Group as a Master Navigator and Command Pilot. While serving in WWII, he received the Purple Heart Medal after he and other crew members of the B-24 Liberator “Red Ryder” ditched in the Adriatic Sea in 1945. He also served in the Korean War.

He gained Colonel’s rank and was honorably discharged in 1969 after 26 years in the U.S. Army Air Corps and U.S. Air Force. He had an impressive military career and was awarded the following medals and honors: Purple Heart Medal, European-African-Middle Eastern Campaign Medal, World War II Victory Medal, American Campaign Medal, Legion of Merit, National Defense Service Medal, Air Force Outstanding Unit Award, Air Force Longevity Award, and the Small Arms Expert Marksmanship Ribbon. He also earned his Master’s Degree in Economics at the University of Pittsburgh while in the USAF.

After his time in the service, Richard went on to work at Sperry Gyroscope Systems and then Litton Guidance and Control Systems as a Program Director. He also served as an Assistant Professor in the Business Department at New Mexico Highlands University in Las Vegas, New Mexico. He was very smart and loved teaching others.

Richard has five children; four sons and a daughter, whom he loved to talk and visit with. He also loved watching the Pittsburgh Steelers and Alabama Crimson Tide, as well as Tiger Woods.

Everyone who knew him will miss his wonderful, dry sense of humor and how he was still living life to its fullest and making plans for his future.

He will be placed at Fort Logan National Cemetery on July 28th at 1:30 p.m. at Staging Area B, and due to cemetery restrictions, will be reserved for family only.