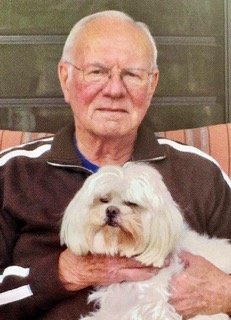 Fred John Jennings On the morning of June 23rd, 2020, Fred John Jennings, of Aurora, Colorado, passed away peacefully after 85 years of remarkable living. Never married and with no children, Fred is survived by his siblings Mark Jennings, Barbara Williams, Robert Jennings and Mercedes Petty, and thirteen nieces and nephews. All dearly miss their brother and uncle. Fred Jennings was born on May 5th, 1935, the middle child of five, in Fond du Lac, Wisconsin, to Fred and Mercedes Jennings. Following his early years in Wisconsin, the family moved to California in 1941 where Fred’s parents worked in the San Pedro shipyards as part of the national war effort. In 1949 the family moved to a farm in Oroville, California, where Fred graduated from high school and went on to Chico State College. After a year of study, he left school to join the Army in 1954, serving his country as a tank driver based in Munich, Germany. During his tour of duty, he took every opportunity to explore Western Europe, learning the varied cultures and people. This marked the beginning of a life-long love of travel, and of learning about how others around the world lived. After leaving the Army, Fred returned home to earn a Master’s Degree from San Jose State University, the first in his family to achieve such an honor. In the 1960’s Fred initially worked for Dole Pineapple Company, then moved to United Technologies’ Chemical Systems Division, working in systems management and contract administration on some of the largest programs in the aerospace industry. Fred earned a sterling reputation as a gifted manager and a caring leader, successfully leading his team in negotiating and executing many multi-million dollar contracts for the company. Fred retired early, left Northern California, and settled in Aurora, Colorado. He lived the rest of his very active life doing what he wanted to do: travel the world, read books, study history, write journals, spoil his dogs (oh, how he loved his dogs!), spend time with his friends and neighbors, work in his garden, host backyard wine parties, and stay engaged with his family. He was a life-long learner, a collector of friends, and an inspiration to those lucky enough to know him. He will always be remembered for his thoughtful conversations, his generosity, and his keen interest in others’ lives. The family asks, in lieu of flowers, that a donation be made in Fred’s name to the Denver Dumb Friends League (ddfl.org).

To send flowers to the family or plant a tree in memory of Fred Jennings, please visit Tribute Store

Share Your Memory of
Fred
Upload Your Memory View All Memories
Be the first to upload a memory!
Share A Memory
Send Flowers