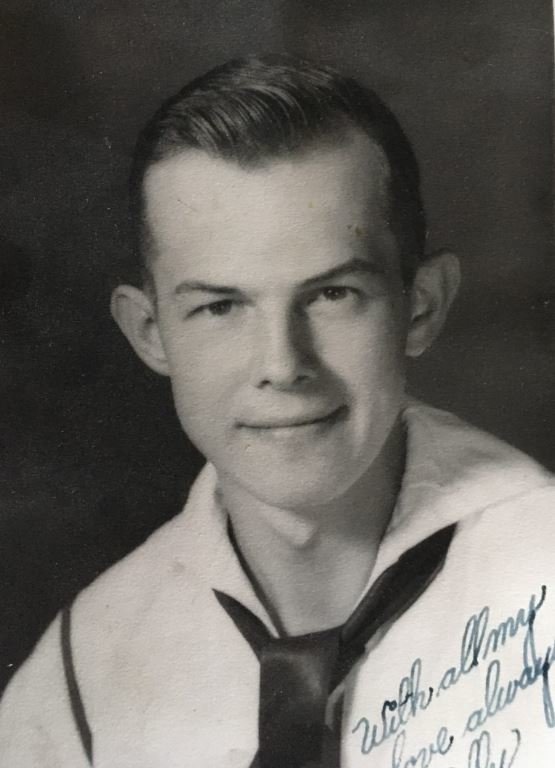 Walter R August passed away on May 6, 2020 at the age of 92. Walter, “Wally”, was born in Gary, IN and grew up in Chicago, IL. He graduated from Tuley High School in 1944 then enlisted in the Navy. He served on the USS Strong during WWII.

He married Zita Wojciehowski on September 25, 1948 in Gary, IN where they eventually moved back from Chicago to raise their two children, Robert and Kathleen.

Wally worked at the Budd Company in Gary, IN for 33 years as a metal finisher. He was a founding member of the Budd Employee’s Credit Union where he served as treasurer as well as active with the United Auto Workers Union. He was a member of the American Legion for over 70 years.

Upon retirement, Wally and Zita moved to Bloomington, IN where he ushered at Indiana University sporting events and worked for various car dealerships. After Zita passed away in 2010, he moved to Denver, CO in 2012 to be closer to his family.

He is survived by his daughter, Kathy Sexton (Jim); his son, Bob August (Loren Cary); 2 grandchildren, August and Kristen Sexton; and a great grandson born April 9th, 2020; all of Denver, CO.

Interment will be at Calumet Park Cemetery in Merrillville, IN (TBD)

My father always said, “If you can’t say something nice about someone, then don’t say nothing at all”. He never knew a stranger and had a smile for everyone!

Share Your Memory of
Walter
Upload Your Memory View All Memories
Be the first to upload a memory!