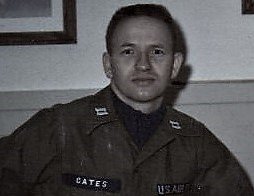 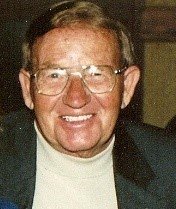 Lieutenant Colonel Charles W. Cates USAF-Ret. passed away at home in Colorado Springs, CO on May 4, 2020, surrounded by his loving family. He was born August 17, 1932 in Grand Island, Nebraska to Harold and Gladys Cates. He went to primary and secondary school in Bremerton, Washington, received a Bachelor of Arts Degree from Central Washington University, and completed post-graduate studies at New York University. He was commissioned into the United States Air Force in 1954.  He met his life-long love and best friend Iola Westberg (Froid, MT) in Spokane, Washington where they were married in 1958. They were married for 54 years until Iola passed away in January 2013. He cared for her tenderly during her battle with Alzheimer’s and deeply missed her.

Charlie was a loving husband, father, and grandfather. He and Iola were longtime residents of Colorado Springs, but lived all over the United States and Europe, including Spokane and Tacoma, Washington; Madrid, Spain; Canal Winchester, Ohio; Biloxi, Mississippi; Fallon, Nevada; and Bischofsdhron and Ramstein AFB, Germany. He enjoyed camping and skiing with his family, visiting all 50 states with Iola, playing racquetball, and had a strong passion for golf. He treasured time with family and friends and was always there to help anyone in need. He was known as “Pops” to his grandchildren and loved spending time with them going out to restaurants, playing board games and watching them participate in sporting events.

Charlie was a veteran of the Korean War era and served in combat in Vietnam in 1972-1973.  He also had a remote tour in Alaska. His military awards include the Bronze Star Medal, the Meritorious Service Medal, Joint Service Commendation Medal, Air Force Commendation Medal, Air Force Outstanding Unit with Valor, Combat Ready Medal, National Defense Medal, Vietnam Service Medal, Vietnam Campaign Medal and the Vietnamese Medal of Honor. He retired from the United States Air Force with 23 years of service in 1978, concluding as the Director of Combat Operations in the Cheyenne Mountain Complex.

After his Air Force retirement, he was a Senior Scientist and Vice President for Science Applications International Corporation (SAIC) until his retirement in 1992. He consulted part time for SAIC until 2003. He was a member of the Veterans of Foreign Wars, the Disabled American Veterans, Military Officers Association of America, the American Legion, USAFA Eisenhower Men’s Golf Association, and Saint Luke’s Lutheran Church.

Charlie is survived by his four children, of whom he was very proud: Grant Cates (PhD) and his wife Alicia (Centreville, VA); Colonel  Leslie Blackham USAF-Ret. and her husband Kevin (Monument, CO); Richard Cates (Esq.) (Manhattan Beach, CA); and Wendy Jones and her husband Jeff (Monument, CO); four wonderful grandchildren – Riley and Nathan Jones (Monument, CO) and Charles and Atalanta Cates (Centreville VA); brother-in-law Jim Westberg (Green Valley, AZ); numerous other relatives in Arizona, Colorado, Florida, Montana, and Washington; and many great friends. He was preceded in death by his parents Harold and Gladys, sisters Mary and Pat, his brother Ben, and his beloved wife Iola.  A celebration of life will be held later this year.

In lieu of flowers, the family is requesting donations in his honor to the Alzheimer’s Association, Pikes Peak Hospice, or any veteran’s charity.

Share Your Memory of
Charles
Upload Your Memory View All Memories
Be the first to upload a memory!