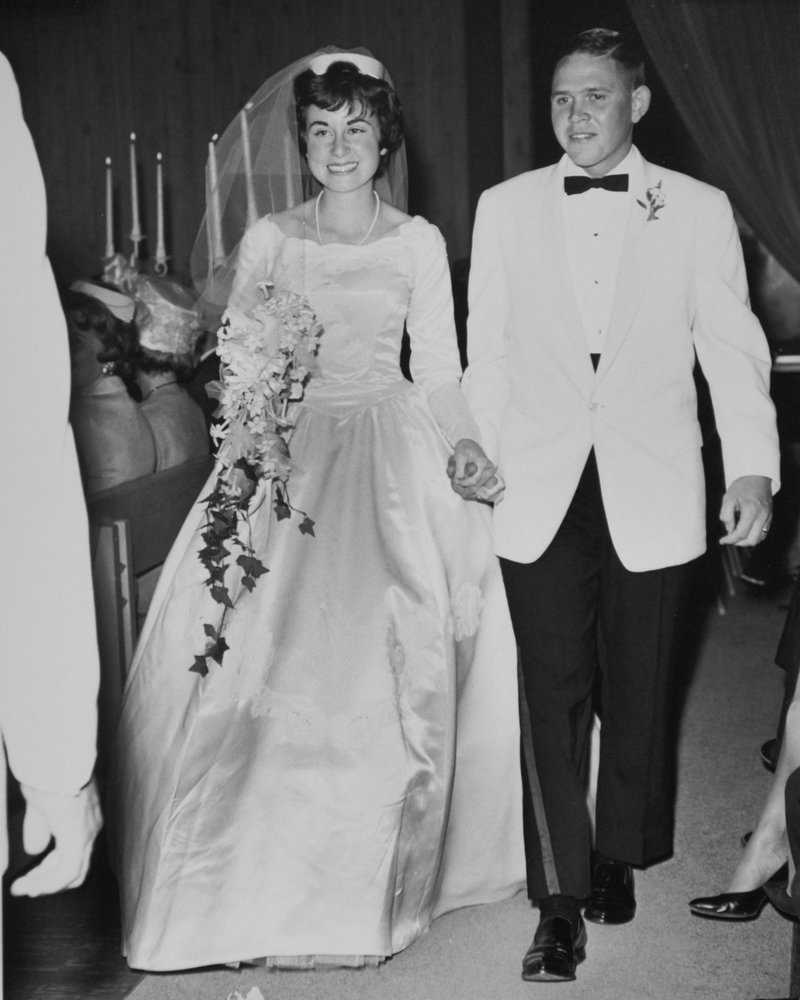 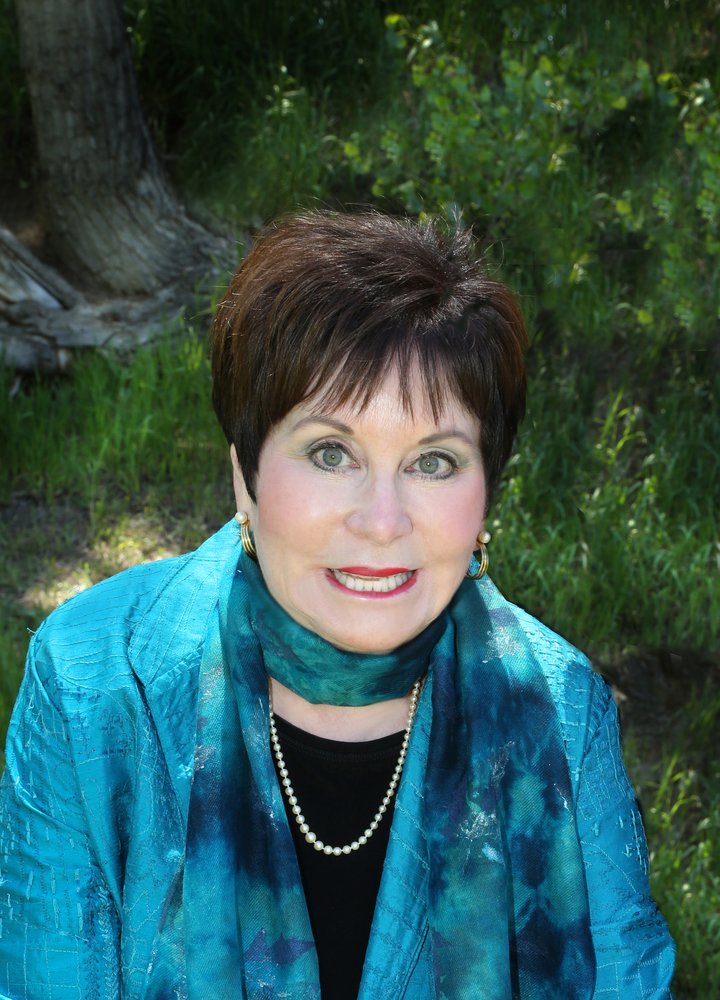 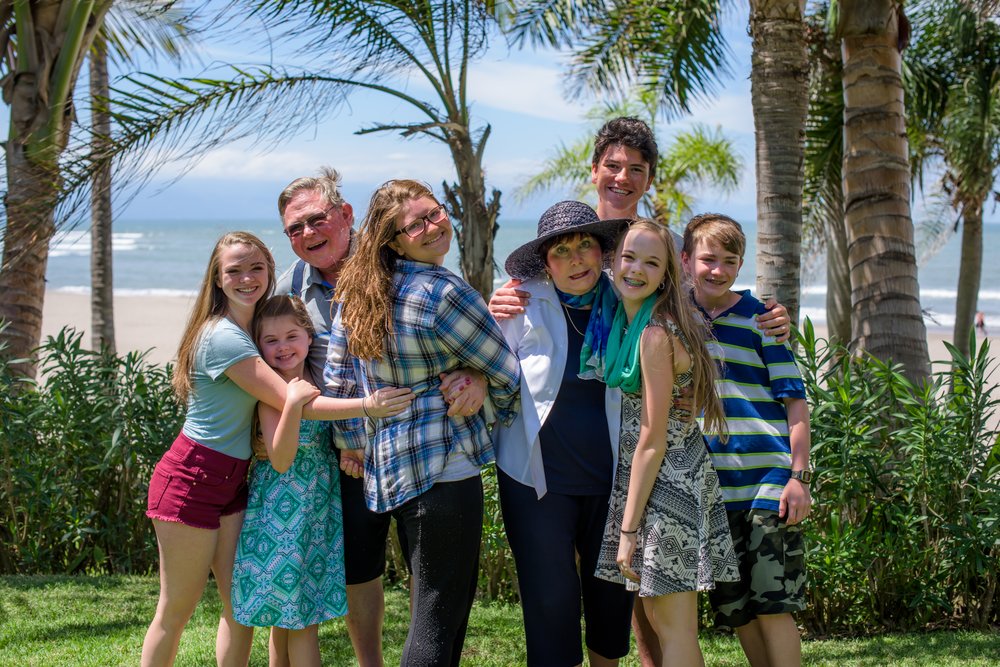 In lieu of flowers, make a donation to Dysautonomia International

Leela Hohmann White was born in Denver, Colorado, on June 15, 1944, and died on March 3, 2020, at St. Anthony’s Hospital in Lakewood, Colorado, after a fall at home which broke her neck and led to further complications. She passed away peacefully in her sleep four days later. She was 75 years old and living in Genesee, Colorado.

Lee was born to Lee and Irene Hohmann, and she was the youngest of four sisters, Shirley, Lorraine, and Donna. Her father, also Lee, was an immigrant from France who became a business owner. His most successful operations included a bar and restaurant, a construction company, and real estate all over Denver. As a little girl, Lee spent countless hours with her father at his bar and restaurant.

When Lee was five, she and her parents moved up to Mt. Vernon Country Club to a cabin with 13 acres that her father built into a nice home. There, she attended a one-room schoolhouse until Ralston Elementary opened in 1955. Lee spent most of her free time riding her horse, Prince, all over the mountainside. Later, she attended Golden High School.

At 14, Lee met Jim White, who had just turned 17, at a neighborhood party. She came home that night and wrote Mrs. Jim White because she knew that he was the one for her. They dated exclusively for five years before marrying at Rockland Community Church on August 31, 1963. Married for 57 years, they remained together throughout their whole lives.

Lee received an Associate in Arts degree from Colorado Women’s College, specializing in business law and piano. She lived on campus her first year and then commuted from their home in Golden after she and Jim married and Jim was finishing his degree as Engineer of Mines from the Colorado School of Mines.

After graduating, Jim and Lee moved countless times while Jim worked for Shell Oil Co. Throughout this time, Lee did temporary administrative work since they moved so frequently. They also lived at Ft. Belvoir, Virginia, where Jim served as an officer in the Army Corps of Engineers during the Vietnam War. Their identical twin sons, Scott and Eric, were born at Ft. Belvoir in 1966.

After Jim’s active duty, Lee and Jim returned to Denver, Colorado, in 1968 to resume his job at Shell Oil Co. Their daughter, Tanya, was born in 1972 on her twin brother's birthday in Denver. Lee was always so proud of that. In 1977, the family moved to Littleton to raise their children in a strong school district.

In 1974, Lee had her first of five consecutive back operations for her severe scoliosis. Ultimately, she ended up having 17 vertebrae and discs fused in her spine. Even though she constantly battled pain from her back and had to work through ways around not being able to bend, she always maintained a vibrant personality.

Lee was always a devoted wife and mother. Raising her children right was her top priority. She was proud when all of her children had graduated college and married before she was 50. She cared deeply about friends and was active in many different organizations. She was a member of Welcome to Colorado, Denver Rotary Club, Denver Lyric Opera Guild, and many groups in her neighborhood, Genesee. Later in life, one of her favorite groups was her Genesee book club, the GLIBBS.

Lee adored the mountains and absolutely loved to hike. Her favorite thing to do was hiking while having long conversations with friends and family. Additionally, Lee was always interested in mentoring others. She enjoyed guiding teenagers in a direction that helped them to find the right career choice based on their passions and strengths. She volunteered and worked with teenage girls through The Rotary Club of Denver’s Scholarship Fund, which worked with promising youth from Denver Kids. She helped guide those girls through high school and college.

Lee was also blessed with six grandchildren. She loved them all unconditionally and devoted the last 21 years of her life to being the best grandma she could be. They all loved her dearly.

In lieu of flowers, Lee requested that friends and family consider making a donation to Dysautonomia International. Lee’s granddaughter, April, suffers from a condition called POTS, a form of dysautonomia. All money donated will go directly towards research to hopefully, one day, find a cure.

Share Your Memory of
Lee
Upload Your Memory View All Memories
Be the first to upload a memory!
Share A Memory