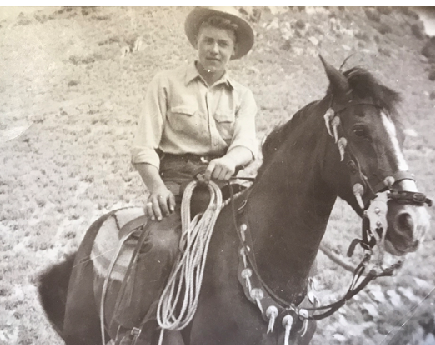 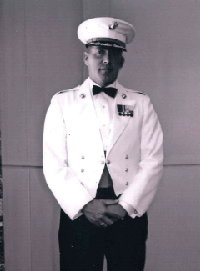 Frank Eugene Sims, 90, of Wheat Ridge, passed away peacefully March 1, 2020, at Lutheran Hospital – Collier Hospice, in Wheat Ridge. At his side, holding his hand when he passed was his long-time love Taffy Valassis.  Frank was born July 27, 1929, in Morrison, Colorado, to Helen and Elmer Sims. He has one younger sister Lorraine Michel.

Growing up in Morrison “I was a depression kid, but never realized we were not too well off, because everyone else was in the same condition”.  Frank attended first through eighth grade at the old stone Morrison schoolhouse.  He was never late for school because the family home was right across the street.  At the age of twelve he was a soda Jerk at Red Rocks and at Schneider’s Drug Store in Morrison.  He also broke horses and led trail rides for city folks at the Hillcrest and Cavanaugh stables in town. In his teenage years he began to rodeo and bull ride until his mother (Helen) saw him get hung-up during a ride and gave him the choice of continuing to rodeo or getting a 1928 Chevy two door sedan from his father for $25. He spent several years customizing and working on this car, and this began his lifelong love of automobiles.

He attended Denver University where he played football and marched in the band (drums). In the middle of his college career he enlisted in the Marine Corps and ultimately graduated from DU in 1953 with degrees in coaching/PE, biological science, and psychology.  Frank met his first wife Barbara (Walker) on a skiing blind date.  The two were married in 1953 and they had three children, Debora, Philip (preceded Frank in death), and Craig. Frank has five grandchildren, and ten great grandchildren and he loved riding them around in his old cars.

Six months after the birth of his daughter Debora, Frank spent a year and a half in Japan during the last of the Korean Conflict. Frank achieved the rank of Major and was honorably discharged from the Marine Corps after twenty-one years (active and reserve).

Frank began teaching upon his transition from active duty status. He ultimately taught for 31 years, a majority at Wheat Ridge Junior High School. Early in his teaching career he was a coach and science teacher, and ultimately focused solely on 7th grade science and biology.  His years in the Marine Corps meant he was well suited for dealing with boisterous teenagers.  He was well respected, by his students and colleagues and retired from teaching in 1984.

During the Summer break, Frank and another teacher (Larry Guinn) operated a painting business to supplement their income.  This extra income helped fund Frank’s passion for cars.  By all accounts Frank owned at least 24 vehicles in his lifetime, with his prized vehicle being the 1926 Flint Touring car purchased by his grandfather Albert Sims in 1926. Frank spent years restoring the Flint and enjoyed taking it and his other cars to shows and driving tours.  Taffy was always riding shotgun at Franks side at the various car tours, shows and car club meetings (Early Ford V8s, Antique Auto Club, Durant Family Registry).  This last November 12th, The Denver Channel - 7 aired a story on Frank and his ’26 Flint (https://www.thedenverchannel.com/news/local-news/the-car-that-has-driven-a-colorado-family-through-90-years-of-denver-history).

The funeral service will be held at Fort Logan National Cemetery at 3698 S. Sheridan Blvd, Denver, CO 80235, on Tuesday March 10th at 10:30 AM (staging area “B”). Family and Friends will gather in their vehicles at staging area “B” and wait for Ft. Logan personnel to lead the procession to the service location.  Immediately following the service, family and friends are invited to meet from 11:00 AM – 1:00 PM at the Englewood Elk’s Lodge, 3690 S. Jason St, Englewood, CO 80110.

In lieu of flowers please donate to your local VFW, or other military related charity.

Share Your Memory of
Frank
Upload Your Memory View All Memories
Be the first to upload a memory!