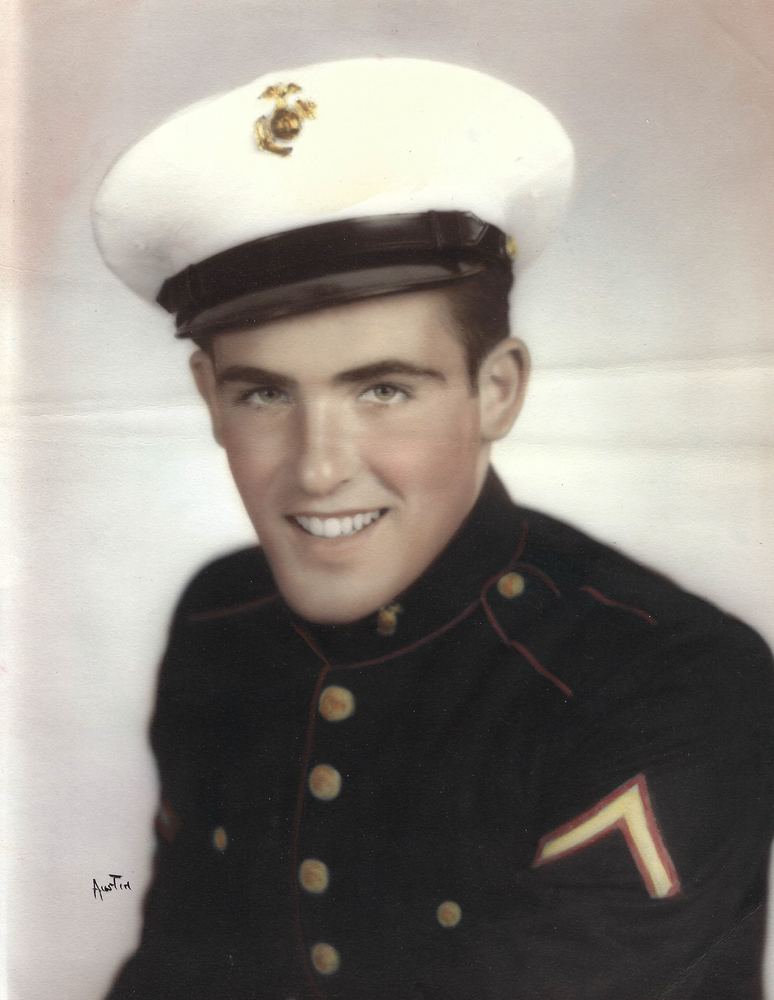 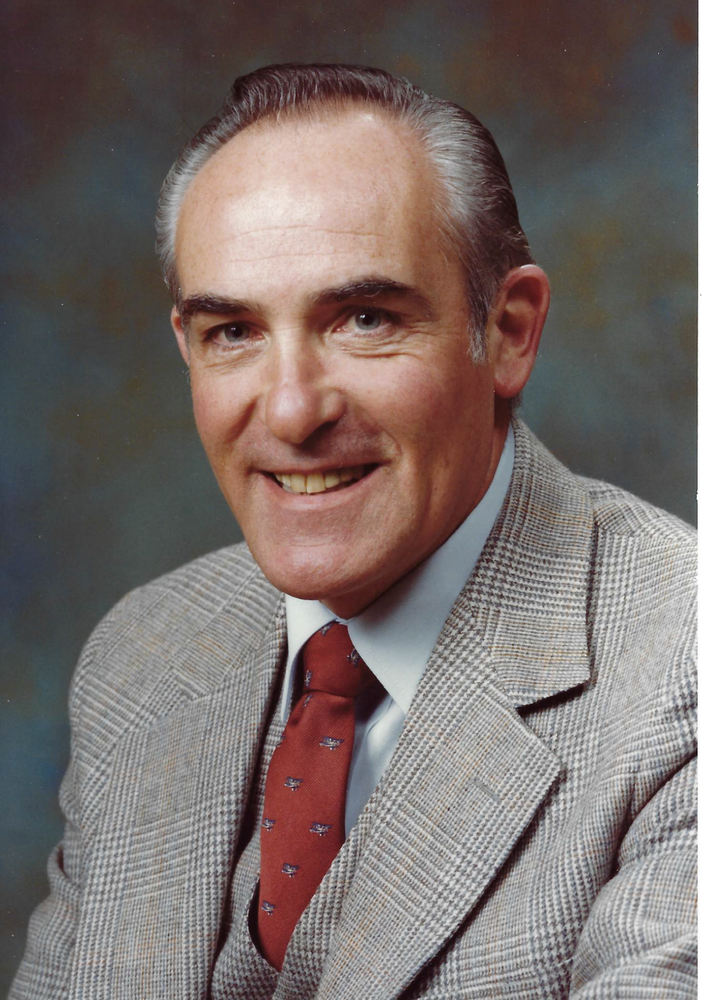 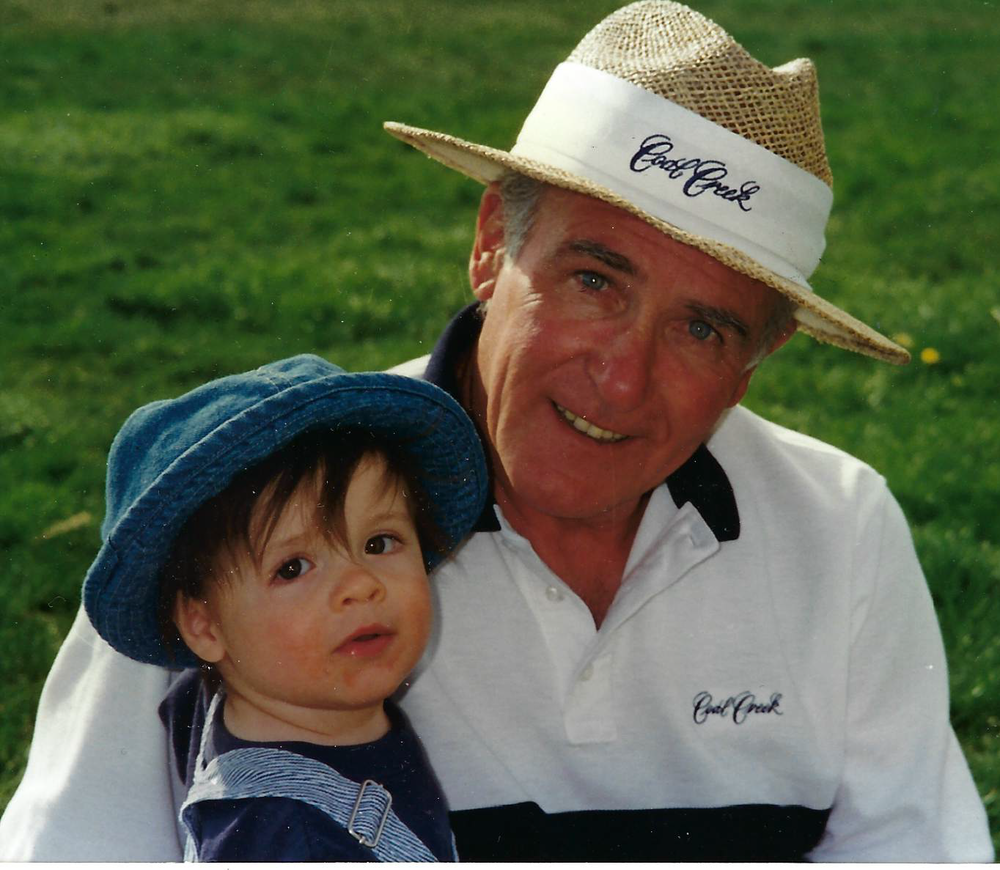 John G. Eckl passed away in Lafayette, Colorado on February 16, 2020.  John’s cremated remains will be interred at Fort Logan National Cemetery on March 6.  John was born on September 24, 1929 in Brooklyn, New York.  He was the firstborn son of John Eckl and Sophie (Schmittbauer) Eckl.  On June 18, 1931, his brother Helmut Joseph Eckl was born.  John graduated from Brooklyn Tech High School in the Spring of 1948, and on April 5, 1948, he enlisted in the United States Marine Corps.  He was assigned to active service as a photographer.  During his last year of service, he was appointed to Photographic Supervisor for the Photographic Section of the Second Marine Division.  On August 12, 1950, John and Marie Elizabeth (Walthers) Eckl were married at Camp Lejeune, North Carolina. This began their strong and happy marriage of 70 years.  Their first son, John Charles Eckl, was born there on June 30, 1951.  John was honorably discharged from the US Marines as a Staff Sergeant on April 4, 1952.  John attended Hofstra University from September 1952 to June 1955.  On November 12, 1952, John and Marie’s second son, Stephen Alan Eckl was born in Huntington Station, NY.  At Hofstra, John was mentioned on the Dean’s list four times, served as President of the Sigma Alpha Engineering Honor Society, and graduated in three years with a Bachelor of Science degree in Industrial Administration with Cum Laud honors.  In June 1955, John began his 31 year career at the Eastman Kodak Company, and he, Marie, John and Stephen moved to Rochester, NY.  On December 13, 1960, John and Marie’s third son, Richard Paul Eckl was born in Rochester, NY.  As demonstrated by his work ethic and leadership abilities, John advanced throughout his career at Eastman Kodak culminating in his promotion to Manager of Distribution.  This position included a transfer to Windsor, CO in March, 1973.  John, Marie, Stephen and Richard relocated to Fort Collins, CO.  At this time, the the singer songwriter John Denver was popular, and the songs “Rocky Mountain High” and “Sunshine on My Shoulders” became John’s favorites.  He enjoyed practicing his passion in photography by capturing the scenic beauty of Colorado and the beaches of New York when they visited John C’s family.  Skiing became a favorite pastime as they enjoyed Colorado’s famous powder snow conditions.  A group of  employees at Kodak started The Kodak Colorado Division Ski Club, where John and Marie made many lifelong friends.  John volunteered at the Rotary club, and helped young people learn about the business world at Junior Achievement.  John accepted an early retirement from Eastman Kodak in September, 1986.  His photography practice increased when joined, and became president of, the local area Camera Club.  Many of his photographs won awards.  In 1992, John and Marie moved to Louisville, CO and lived in the Coal Creek neighborhood.  John and Marie had four grandchildren.  On May 1, 1981 Jaime Lynn Eckl was born, and on February 14, 1991 Scott Benjamin Eckl was born to John C. and Andrea Eckl in Bayville, NY.  On June 28, 1995, Matthew Richard Eckl was born, and on September 25, 1998, Lauren Elizabeth Eckl was born to Richard and Corina Eckl in Boulder, CO.  John and Marie enjoyed being grandparents and their move to Louisville allowed them to immerse themselves in caring for Matt and Lauren.  In 2009, John was diagnosed with Alzheimer’s disease, and in 2015, John and Marie moved in with Richard in Erie, CO so that Richard could care for John and Marie.  John will always be remembered as a strong, loving and devoted Husband, Father, Grandfather, and Brother.  He set a good example for his children and grandchildren to follow.  He established a legacy of hard work, achievement, excellence, generosity, and kindness.  He is survived by his wife Marie, sons John and Richard, five nieces and nephews, and four grandchildren.  John will be greatly missed.  Memorial contributions can be made in honor of John G. Eckl to the Alzheimer’s Association at https://act.alz.org/Donate.

To send flowers to the family or plant a tree in memory of John Eckl, please visit Tribute Store
Friday
6
March

Share Your Memory of
John
Upload Your Memory View All Memories
Be the first to upload a memory!
Share A Memory
Send Flowers